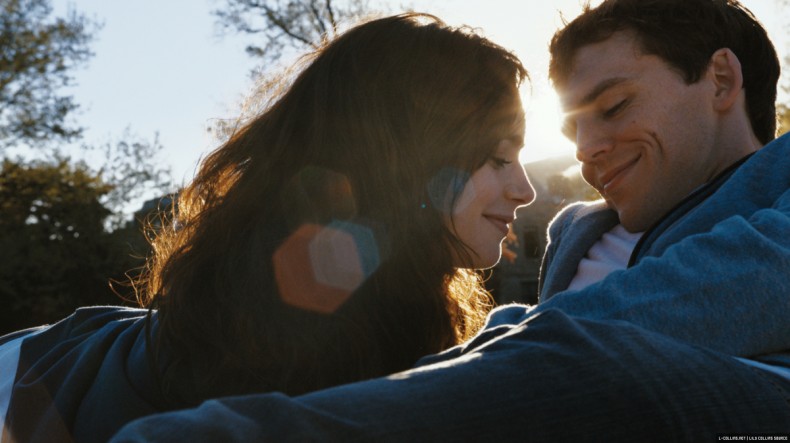 “Love, Rosie” is a fun and romantic comedy, with stunning performances and a fresh and comtemporary look.

In 2004, Cecelia Ahern published the international bestseller Where Rainbows End. Ten years later, the touching and heartfelt story about two childhood best friends is adapted onto the big screen. Love, Rosie follows Rosie Dunne (Lily Collins) and Alex Stewart (Sam Claflin) from the start of their friendship through high school and college to their adult life. While Alex goes off to college in America, Rosie remains in Ireland as a teenage mother. Via social media, texts and phone calls, the two try to keep in touch, but due to relationships and careers, Rosie and Alex do grow apart. However, they inevitablely are thrown together again – but will they choose for each other? What started as “just friends” evolves into an epic love story between two people who are their own worst enemies.

What surprised me most about Love, Rosie is, in fact, Rosie. Lily Collins, known for The Mortal Instruments: City of Bones and Mirror Mirror, is truly amazing and pleasantly surprising with her portrayal of Rosie. In previous performances, Collins never really came through, as if she could not connect to the character properly. This lead to an extremely disappointing performance in the adaptation The Mortal Instruments: City of Bones. However, in Love, Rosie, the actress is every bit of Rosie. She is a fiery, bubbly and incredibly strong character and Collins’ performance is spot on. From teenage mother to hilarious hotel owner, Collins captures every side of Rosie’s character and it is amazing to watch.

Opposite of Collins is actor Sam Claflin, whose star has been on the rise since his portrayal of fan favourite Finnick Odair in The Hunger Games: Catching Fire. As Alex Stewart in Love, Rosie, Claflin is perfect. He is vibrant and brings real emotion to the film. Whereas Collins is the comedic factor, Claflin is the more serious factor. His portrayal of a young man who made all the wrong choices is modest, yet delicate and truthful. Together with Collins’ outgoing presence, they are a perfect match.

Director Christian Ditter choose a very contemporary and fresh look for Love, Rosie. It is as if the film has been shot through an Instragram-filter, which gives the material a very stylish and thoughtful look and feel. Thoughtful, because this way, Love, Rosie stays true to Ahern’s novel. The book is told in an unconventional manner, through letters, phone calls, newspaper articles, journey entries and internet messages. This same idea is used for the adaptation, by alternating between scenes and time periods as if scrolling through an Instagram account. One moment Rosie and Alex are at their high shool dance and the following moment they are married – but not to each other.

Another brilliant thing about Love, Rosie is the soundtrack. The music is perfectly in sync with the story-line and enhances the emotions and feelings of the main characters. The best example of this is the use of Lily Allen’s “Fuck You.” At one point, Rosie realizes her husband is cheating on her and when she goes out to confront him, the playful tunes of Lily Allen’s song give the scene a comedic and lighthearted tone.

Love, Rosie is a fun and heartfelt romantic comedy, with great performances and an original look. However, there is one aspect that is not as believable. In the story, we follow Rosie and Alex from their teenage years to their early forties. Thanks to the performances of both Collins and Claflin, the teenage years are very believable. The early forties, however, are not convincing at all. Collins and Claflin do their absolute best, but the make-up department could have paid a lot more attention to the physical appearance of both actors. The aging is not believable and that shatters the illusion.

Eden is a student, living in the Netherlands, dreaming of a journalist career. She writes, reads and spends a lot of her time at the local cinema - all in preparation for the previous stated career, of course. Apart from British drama series, writing novels and strawberry shortcakes, Eden loves everything about films: watching films, writing about films, discussing films at the dinner table… everything.
You might also like
Sam Claflin

END_OF_DOCUMENT_TOKEN_TO_BE_REPLACED
Taylor Sinople Picks: The 16 Best Films of 2016
Form and Function in Alex Ross Perry’s “Queen of Earth&...
Digging for Fire and Unexpected: Husband and Wife Process Parenthoo...
Every Thing Will Be Fine 3D Review