Reviews
0
previous article
Richard Linklater's "Before Trilogy:" A Snapshot of Life at the Turn of the (21st) Century
next article
A Fresh Look At: Der Untergang (Downfall) (2004) 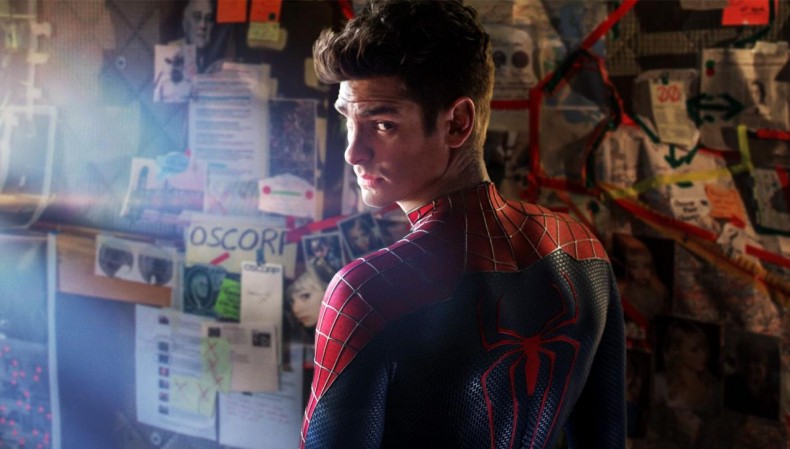 Marc Webb’s “The Amazing Spiderman 2” is a jumbled and ludicrous continuation of the profit-driven exploitation of Marvel properties.

One often runs up against issues in critiquing the narrative merits of the wellspring of comic book movies appearing onscreen, most of which have a similar value to unwanted construction sites. They are loud, jarring, and ultimately impede the view of something worthwhile. And the contrivances of these plots are easy to hide behind. For every error in continuity, for every undefined character or motivation, and for every bit of tired, rancid humor, the writer or the director need only point to the campy nature of the source material. But when a studio decides to throw over $200 million into yet another octopedal reincarnation, more is needed than the adventure and absurdity offered in the stack of vintage 10 cent comics I keep in my closet.

I can’t be certain if this was true for every cinema, but when I attended a screening of “The Amazing Spiderman 2,” it was preceded by a pre-taped plea from the lead actors to have me upgrade my ticket in the lobby to receive a digital download of the film. This was the first of what would be many shamelessly capitalistic displays. Sony products are integrated into the film with the same subtlety and cleverness the characters possess.  The mid-credit sequence that has become a staple of Marvel films is also a bewildering advertisement. This, coupled with the images of a future Marvel film that could only be “unlocked” by downloading an application for your phone, make this film one of the most incessant and money-grubbing released in recent memory. However, I understand the constraints that occasionally bind filmmakers and were the film remarkable in anyway I would be able to glean the artistic vision of director Marc Webb from the minutia forcibly injected by the studio. But the writing seems so slapdash and the actors so disinterested at times that it seems apparent this is a film no one was very interested in making. The narrative suffers in the same manner Spiderman 3 did, in that it is plagued by overabundance and exaggeration.

Because Spiderman’s origin has been told twice now, Peter Parker (Andrew Garfield) must now discover the fate of his deceased mother and father, all the while fending off the primary villain Electro (Jamie Foxx), thwarting the evils of OsCorp, and reconciling his romantic relationship with Gwen Stacy (Emma Stone).  After some backstory on the fates of Peter’s parents, including some blatant foreshadowing and a camera shaking wildly amidst a struggle, we jump to the present as Spiderman is chasing down the Aleksei Sytsevich (Paul Giamatti) who has hijacked an OsCorp truck full of a dangerous plot device. By this point the chaotic score of Hans Zimmer has already reared its ugly head with an abundance of music cues and changes. Composer Hans Zimmer has had a long career full of hits and misses but I have never been so perplexed by his music as I was watching this film. He is working with a team of musicians, including Pharrell Williams, and I would be surprised if he knew who any of them were prior to working on this score given its chaos.

From here we are given several lengthy character establishments. There is conflict within his relationship between Stacy, mostly due to his continued hallucinations of her deceased father, with Dennis Leary reprising his role by staring at the camera a few times throughout the film. We are given some insight into the soon-to-be Electro but I echo Jamie Foxx’s apparent lack of concern or enthusiasm for the character. However his superhero origin is perhaps the funniest, unintentionally of course, I have ever witnessed onscreen. We learn of the troubled relationship between Parker’s childhood friend Harry Osborn (Dane DeHaan) and his father Norman (Chris Cooper), exacerbated by the degenerative and genetic disease Norman suffers from. All of these stories eventually come to a head and I do credit the film with the ability to manage these plots somewhat. They are all linked to some degree, which indicates some awareness on behalf of the screenwriter. And in films such as this it is often difficult to see the forest for the trees, as the good is so bogged down in the laughable and aesthetically displeasing.

And for all the film’s faults it does still contain a pretty good fight scene or two and some POV of the Spidey soaring through downtown New York, which is genuinely fun to watch. But these moments are few and far between and not enough to rise above the bedlam. Many of the problems actually lie in the more personal moments of film, as Peter Parker navigates his relationships with Stacy and his Aunt May (Sally Field).  These sorts of human moments are really where the 2001 “Spiderman” thrived, but here they seem to be half-hearted and obvious attempts at injecting an emotional undercurrent to the story used to fill gaps between action sequences. And to watch such a talented actress as Sally Field display a lack of charisma in her role only solidifies the notion that her character has no real substance but has instead been relegated to serving as a sounding board for Peter. Her character exists so that he has someone to bounce quips off of and lament his station in life but May possesses no dimensionality of her own.

Beyond this, the film also flaunts with the concept of comedy but has a tenuous grasp of it at best. Moments of implied weight and drama fall almost completely flat and I left the theater wishing I had not been there almost as much as the actors did. The score is enough to tonally confound Captain Beefheart, and the film’s logical gaps effectively mire any glimpse of cinematic originality to be found. Sally Field’s role and performance actually serve well as a microcosm for “The Amazing Spiderman 2.” There is no depth, no intrigue, and it is a massive waste of resources.

by Janneke Parrish on June 29, 2014
“Boy A” is a British film about a child murderer who is released from prison to start a new life with a new identity. It follows his journey while exploring a bit of his history and the path that led him to his crime and to who he has become. The film draws a great […]
Comments
Leave a reply
Add Comment Register

END_OF_DOCUMENT_TOKEN_TO_BE_REPLACED
Taylor Sinople Picks: The 16 Best Films of 2016
Form and Function in Alex Ross Perry’s “Queen of Earth&...
Digging for Fire and Unexpected: Husband and Wife Process Parenthoo...
Every Thing Will Be Fine 3D Review