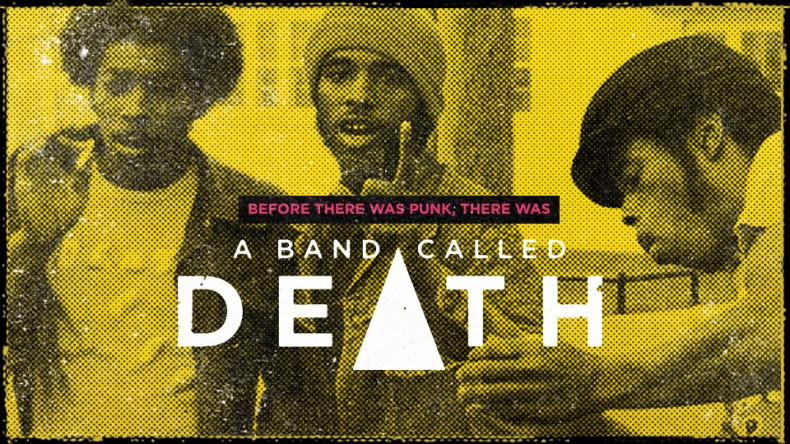 Before the Ramones, before punk, there was a band called Death. Three Detroit-area African American brothers created a proto-punk band in their bedroom in the early 70’s but were unable to break through to any form of success due to their off-putting band name and refusal to bend to a label’s demands. Nearly forty years later, their music has finally found resonance with the college punk crowd and the surviving members of the long-defunct band have found themselves with an audience for the first time.

“A Band Called Death” is a special music documentary that’s more about the family at the center of the music than the music itself. Directors Mark Christopher Covino and Jeff Howlett use the first half of our time with Death to build up the relationship between Bobby, David, and Dannis Hackney as teenagers, brothers, and pioneers of the loudest music anyone in their neighborhood had ever heard. By understanding their bond, we can grasp their pain – one of them doesn’t live to see the eventual success of the band decades later.

Beyond the first generation of family and music, drummer Dannis Hackney’s college-aged sons play in a band together and in the early 2000’s discovered Death’s 1974 album “…For the Whole World to See” and were the first supporters of a revival movement that has brought Death back on the road and writing music. And thank god for that – forget whether you care about this music or not, the notion of any considerable work of passion going by unnoticed is heartbreaking, and seeing these guys struggle to make ends meet after brushing past their chance at fame is a difficult journey.

My emotional response was solidified when I found myself relieved to see Death booked to play a local rock club in Chicago for New Years Eve. With a ton of slice-of-life charm, “A Band Called Death” doesn’t educate so much as it joyously entertains.

Taylor is a Chicago-based writer and aspiring film historian. He is the editor here at TFP, and has contributed to a number of international publications such as Cinema Scandinavia, PopMatters, and Room 101 Magazine. He can also be found listening to podcasts, researching topics he has little use for, or running after a city bus.
You might also like
Elijah Wood

END_OF_DOCUMENT_TOKEN_TO_BE_REPLACED
Taylor Sinople Picks: The 16 Best Films of 2016
Form and Function in Alex Ross Perry’s “Queen of Earth&...
Digging for Fire and Unexpected: Husband and Wife Process Parenthoo...
Every Thing Will Be Fine 3D Review