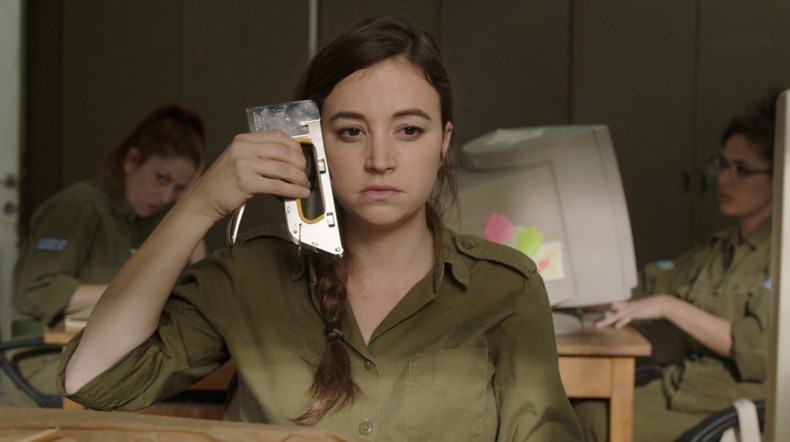 A group of young women load onto a coach bus and drive into the Israeli desert at the start of this would-be college comedy directed by Talya Lavie. But instead of college, or a summer camp, the bus is headed to a remote military base where the girls are reluctantly lazing their way through a two-year mandatory conscription.

While the men are off in combat training, the women serve in the administrative department – running the postal service, filing documents, and playing Minesweeper.

Lavie splits the narrative into three chapters – each shifting the point of view to a different character on the base. She’s concerned with the minutia of life on a base – the boredom, the cliques, the sparring between soldier and commanding officer – but also the larger bureaucratic issues these military systems face, most significantly the lack of leadership opportunities for women.

All of this is played out through comedy of the sharpest, driest sort. I can’t imagine Lavie, who wrote Zero Motivation, isn’t “the sarcastic one” in her group of friends – the film is just unrelentingly sardonic to the point that an unexpected moment of slapstick humor comes with a laugh of almost too much relief.

Composer Ran Bagno adds layers of real atmosphere to the film with a soundtrack that begins with acoustic guitar and progresses into piano. I’m happy to listen to anything that’s not a never-ending horn-based circus soundtrack in a comedy, but Bagno’s work is particularly helpful to adding texture and weight to the film.

Visually, Zero Motivation can feel a bit cramped. The first act keeps us boxed into small interior spaces, and it isn’t until we’re hit with the first wide landscape shot of the desert halfway into the film that we can start to feel comfortable in our surroundings. Some standard hand-held camera work is broken up by brief but invigorating lapses into the surreal.

Of the three leads – a soldier desperate to transfer to Tel Aviv (Nelly Tagar), her best friend and head trouble maker (Dany Ivgy), and their commanding officer, a woman with her eyes set on military leadership outside the administration office (Shani Klein) ­– it’s Ivgy who stands out as a real talent.

Before the feature-length film, Lavie told this story in the 19-minute award winning short The Substitute, which starred Ivgy. Now, her character is split in two with one half (the more girly, charismatic half) now played by Tagar. Lavie should earn a lot of respect as a filmmaker for this major revision, as she’s showing an admirable ability to self-critique and adjust accordingly. Ivgy can’t lead the film on her own – her cool contempt would be too much to handle, but paired with a more bubbly and outgoing friend, the narrative really opens up and reveals a deep well for comedy and drama.

A few more warm laughs could have gone a long way, but as-is Zero Motivation is a bold and mostly original comedy that’s delightfully confident in its small scope and satirical outlook – it’s just strange that no one along the way successfully convinced Lavie to make the thing a 22-minute comedy series, the format these characters were made for.

END_OF_DOCUMENT_TOKEN_TO_BE_REPLACED
Taylor Sinople Picks: The 16 Best Films of 2016
Form and Function in Alex Ross Perry’s “Queen of Earth&...
Digging for Fire and Unexpected: Husband and Wife Process Parenthoo...
Every Thing Will Be Fine 3D Review