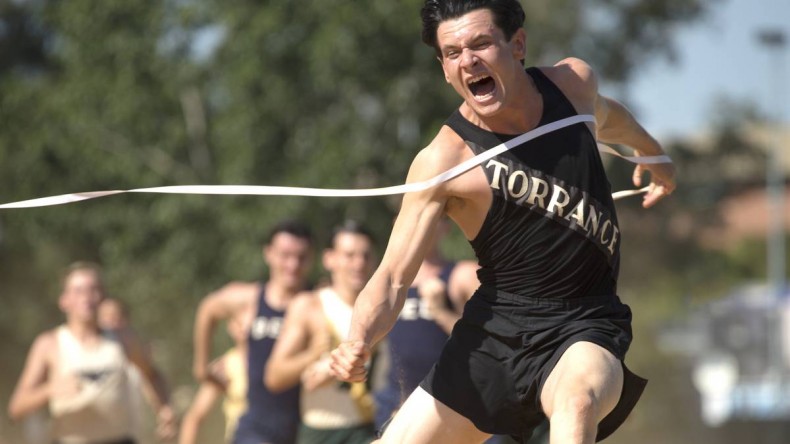 “Unbroken” benefits from gorgeous cinematography and a stellar lead performance from Jack O’Connell, but Angelina Jolie’s sophomore feature is ultimately too disjointed and dull to have any lasting impact.

“In the Land of Blood and Honey,” Angelina Jolie’s directorial debut, was about as accomplished as one could have expected from the Oscar-winning actress. It was well-meaning, fueled by a true passion for the subject, but was ultimately ineffective, lacking the emotional finesse of a more experienced director. Her ambition was more than admirable, but the film left many wanting a sturdier emotional foundation for her characters.

The same can be said of “Unbroken,” Jolie’s second – and more polished – film about the life of Olympic-runner-cum-prisoner-of-war Louis Zamperini (Jack O’Connell). Enrolled in the Air Force during World War II, Zamperini and two others were stranded at sea for more than 45 days after a routine rescue mission was cut short by a sudden engine failure, causing the plane to plummet into the Pacific.

Zamperini, along with Russell Phillips (Domhnall Gleeson) and Francis McNamara (Finn Witrock) – the latter of whom only survived for 33 days – wait nearly two months to be rescued until finally they are captured by a Japanese naval ship. Transported to different POW camps, Zamperini’s has the pleasure of being run by Mutsushiro “the Bird” Watanabe (Takamasa Ishihara), who puts Zamperini through hell for months, leaving him with no other option than to endure until the war ends.

The common thread between many of this year’s Best Picture frontrunners is endurance, specifically in relation to “the human spirit,” a phrase coined by trailer editors to somehow convince audiences that the film in question is educational, inspirational, and worthy of nominations, often simultaneously. “Selma” tells of the trials and tribulations of Martin Luther King Jr. as he worked tirelessly to have the Voting Rights bill passed in 1965. “Birdman” depicts a flailing Hollywood has-been as he struggles to reclaim the adoration of yesteryear. “The Imitation Game” reminds us of the historical contributions of Alan Turing, a man who essentially ended World War II but was still driven to suicide by hormonal medication that was prescribed to him after he was outed as a homosexual.

“Unbroken” is the most obvious offender in this department, sentimentalizing the story of Louis Zamperini to an almost unbearable degree without ever actually tapping into any raw, or discernible, emotion. Filmed beautifully by the legendary Roger Deakins and driven by a knockout performance from “Starred Up” headliner Jack O’Connell, “Unbroken” never escapes its dull pacing, uninspired screenplay work, and thin characterizations.

However, the greatest disappointment comes from its shockingly weak script by the Coen brothers, Richard LaGravanese, and William Nicholson, who do neither Zamperini nor Laura Hillenbrand – who documented Louis’ life in her smash-hit biography – any justice. The result feels distractingly episodic, with a story that seems better suited to an HBO mini-series and a cast of characters that feel as underwritten as they do wasted. Domhnall Gleeson, in particular, does some phenomenal work in the film’s opening half before being unceremoniously thrown off-screen, with almost no explanation of his whereabouts and no other appearances throughout the film.

At the POW camp, Garrett Hedlund and John Magaro, among others, are given even less material to work with, and the result feels like a group of great actors who are just performing beneath their skill level. This isn’t to say that these actors aren’t capable of doing memorable work in minor roles. Hedlund recently gave an exceptional yet brief performance in the Coen brothers “Inside Llewyn Davis,” while Magaro nearly stole the show in Josh Radnor’s “Liberal Arts.”

The problem here is a saturation of talent at the mercy of a director who is in way over her head. Zamperini’s story is one that should be seen on-screen, but Jolie just doesn’t have the directorial chops to make what could have been one of the year’s best films, especially since she has a team of collaborators who are considered as being the best of the best at what they do. It’s rare to see such an assemblage of living legends working on one project, so it’s even more disappointing that, when all is said and done, “Unbroken” is nothing if not aggressively mediocre.

Josef Rodriguez is a writer, filmmaker, and musician living in New York City. He is often labeled as "that guy who didn't love Boyhood" and he finds himself liking Harmony Korine films more than he likes his own friends. When he's not stressing over turning in reviews on time, Josef can be seen playing guitar, watching "Spring Breakers," or trying to write the next great American movie.
You might also like
Angelina JolieDomhnall GleesonJack O’ConnellJai Courtney

by Taylor Sinople on January 27, 2014
Disney debuted a new teaser for their live action villain film “Maleficent” during the Grammy Awards last night and it looks to be one hell of a bleak fairytale. Angelina Jolie plays the titular character in this second-look at the “Sleeping Beauty” story through the eyes of Disney’s most evil villain. The trailer shows off […]
comments
Leave a reply
Add Comment Register

END_OF_DOCUMENT_TOKEN_TO_BE_REPLACED
Taylor Sinople Picks: The 16 Best Films of 2016
Form and Function in Alex Ross Perry’s “Queen of Earth&...
Digging for Fire and Unexpected: Husband and Wife Process Parenthoo...
Every Thing Will Be Fine 3D Review