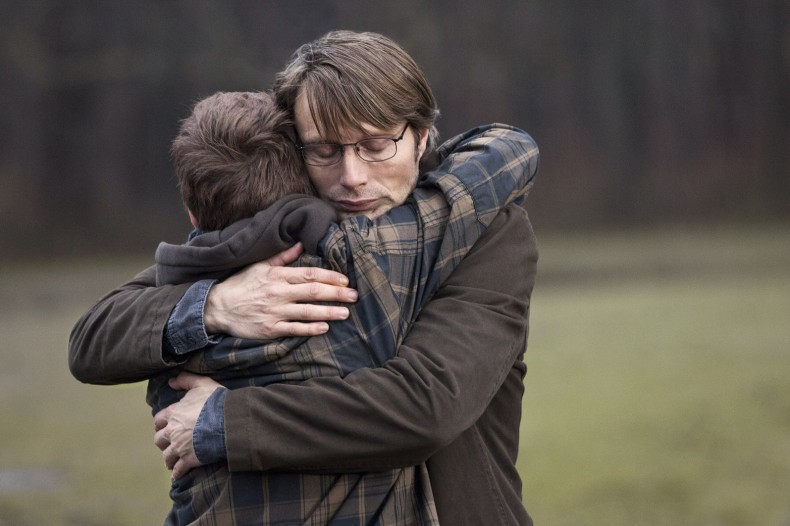 Mads Mikkelsen is captivating in “The Hunt”: a taut, slow-burning thriller that isn’t afraid to address the dangers of human tendencies.

Thomas Vinterberg’s anxiety-inducing thriller “The Hunt” asks: What use is the truth if everyone around you believes a lie?

Mads Mikkelsen stars as Lucas, a kindergarten teacher in a small Danish town, and the victim of mass hysteria sparked by a wrongful accusation. The details involve an imaginative child named Klara (Annika Wedderkopp), a presumptuous kindergarten principal (Susse Wold), and a tight-nit village of parents willing to distort suspicion into hardened facts. As false rumors of Lucas’s supposed wrongdoings spread, everyone from his best friend to the local grocer turn their backs on him in a witch-hunt scenario that threatens to destroy his life.

“The Hunt” is writer/director Thomas Vinterberg’s eighth feature film. His experience comes through in the form of the masterfully conducted tension in this dark-as-pitch narrative. Vinterberg seems to be out to expose the more frightening implications of human nature here, and this quaint Danish village is the perfect location for this story. A town so small can seem idealistic, everyone knows everyone. In the opening scenes, this is Lucas’s true home – he has a group of friends, a budding romance, a teaching job, and a shot at gaining custody of his son who is currently living with his ex-wife. When accusations begin to spread about Lucas’s interaction with the children at the kindergarten, hostility grows in the town, and suddenly Lucas has nowhere to hide: everyone knows everyone.

Lead actor Mads Mikkelsen is best known to English speaking audiences as the blood-crying villain of 2006’s “Casino Royale.” Here, Mikkelsen (who won the Best Actor award at Cannes in 2012 for performance) intensely embodies subtle dramatic notes without ever going over-the-top. Frustration, claustrophobia, oppression. Witnessing Lucas’s plight is a vividly tense experience. In one unforgettable scene as Lucas realizes the full extent of his desperation, Mikkelsen cries “Look into my eyes. Look me in the eyes. What do you see? Do you see anything? Nothing. There’s nothing.”

There’s just such a great synchronization here between director and actor. Director Thomas Vinterberg has a powerful understanding of the audience’s discomfort and is able to manipulate these emotions through Mikkelsen’s performance. It elevates the somewhat simple screenplay into something that audiences will become emotionally invested in, eyes clinging to the screen. When a one-liner joke breaks the tension in the third act, the audience releases an immense laugh of relief.

It’s not a bad looking film either. Cinematographer Charlotte Bruus Christensen paints Lucas and his surroundings with a mostly observant camera. A strange tactic of using zooms to heighten tension in some moments, though, didn’t work for me and really broke some of the immersion. Meanwhile sound designer Kristian Eidnes Andersen exercises wise restraint by sonically lacing the film with well-constructed silences that let the atmosphere of the locations bloom unhindered by a dominating score.

There is only a delicate line between rumor and fact. Gossip is wildfire. “The Hunt” is a film filled with regular people making uninformed decisions that will make you audibly frustrated. What’s more interesting is that these people that become so easy to hate aren’t the enemy, but the people around us – or even our very selves. Everyone would like to think they have friends that will have their back no matter the case. “The Hunt” challenges this expected integrity by providing an example of best friends, colleagues, and families torn apart by a lie that is easier to believe than refute. It’s a slow-burning thriller that feels a little bit “done before”, but never quite in this way.

“The Hunt” isn’t a film I’m looking forward to returning to anytime soon, and that’s a compliment. This is an expression of the power of cinema.

END_OF_DOCUMENT_TOKEN_TO_BE_REPLACED
Taylor Sinople Picks: The 16 Best Films of 2016
Form and Function in Alex Ross Perry’s “Queen of Earth&...
Digging for Fire and Unexpected: Husband and Wife Process Parenthoo...
Every Thing Will Be Fine 3D Review