Form and Function in Alex Ross Perry’s “Queen of Earth” 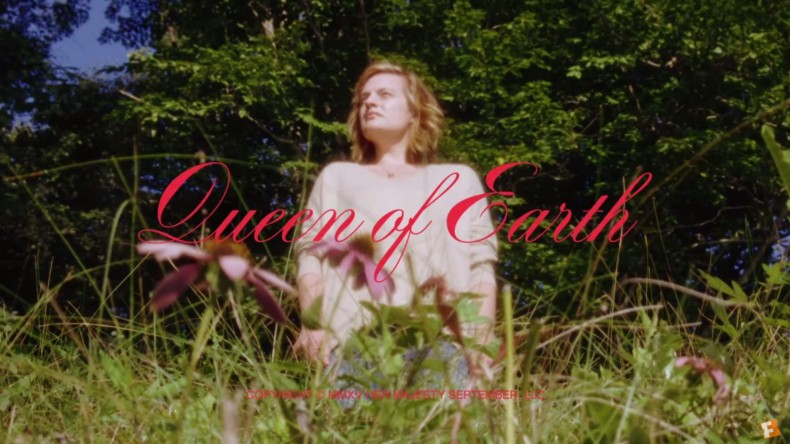 While dramatically impressive and well-acted, director Alex Ross Perry's "Queen of Earth" is somewhat disjointed in how it handles its obligations to the thriller genre.

Two friends attempt to close their growing emotional distance while vacationing at a lake house in this atmospheric psychological thriller homage from writer/director Alex Ross Perry.

Perry is one of the newer directors to incorporate his own name into the marketing of his work after discovering underground and indie success with 2011’s The Color Wheel and 2014’s Listen Up Phillip. The “A Film By Alex Ross Perry” badge on promotional materials for his films have quickly come to warn viewers of the punishment they’re to face in seeking (often in vain) redemption in the decisions and behavior of Perry’s self-obsessed, manipulative characters.

Perry tells stories about narcissists that alienate themselves from a sea of other narcissists, but while he so far has worked in the black comedy framework, Queen of Earth – with its fuzzy 16mm aesthetic and genre thriller inclinations – adds a level of real risk and danger in the exploration of what these characters will drive themselves, or each other, to do. 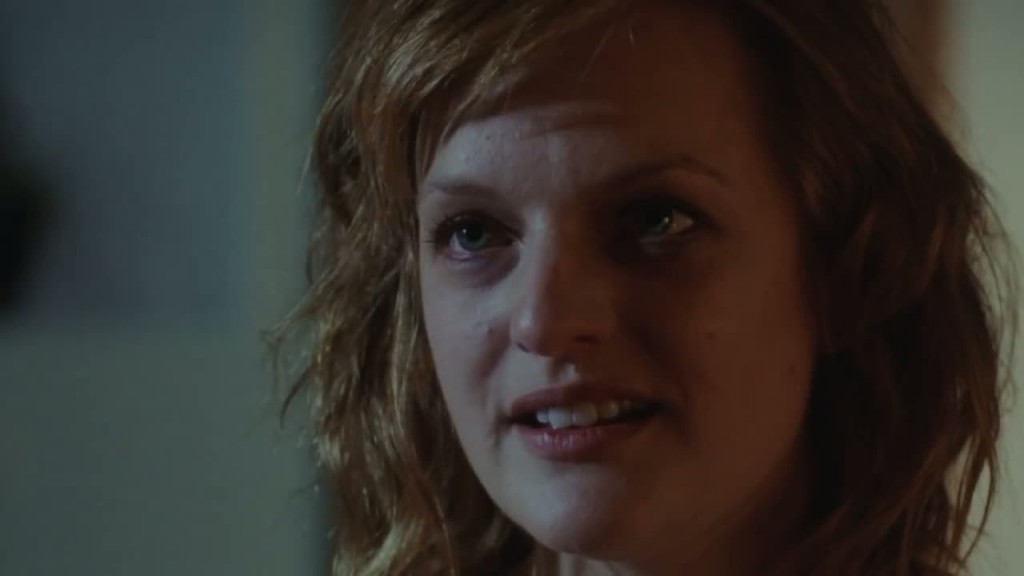 Elisabeth Moss (The One I Love, Mad Men) dominates the screen as Catherine, one half of a codependent relationship that unexpectedly ends with her being dumped soon after her father, a famous artist, commits suicide. Mourning the loss of two of the elements that defined her identity, she escapes to the third – best friend Virginia (Katherine Waterston, Inherent Vice) – for a week away at a lake house, but finds her visit only serving to stir deep-seated resentments.

These two women, and their shifting access to power over one another as the week goes on comprises the spiraling, pressure-cooker intensity of Queen of Earth. And if one timeline of pushing and pulling isn’t enough, we’re headed backwards in time, too, as we see the events of their time at the lake house the previous summer unfold in flashback. Here, much about their relationship between one another, down to who is portrayed as the antagonist, is turned on its head. 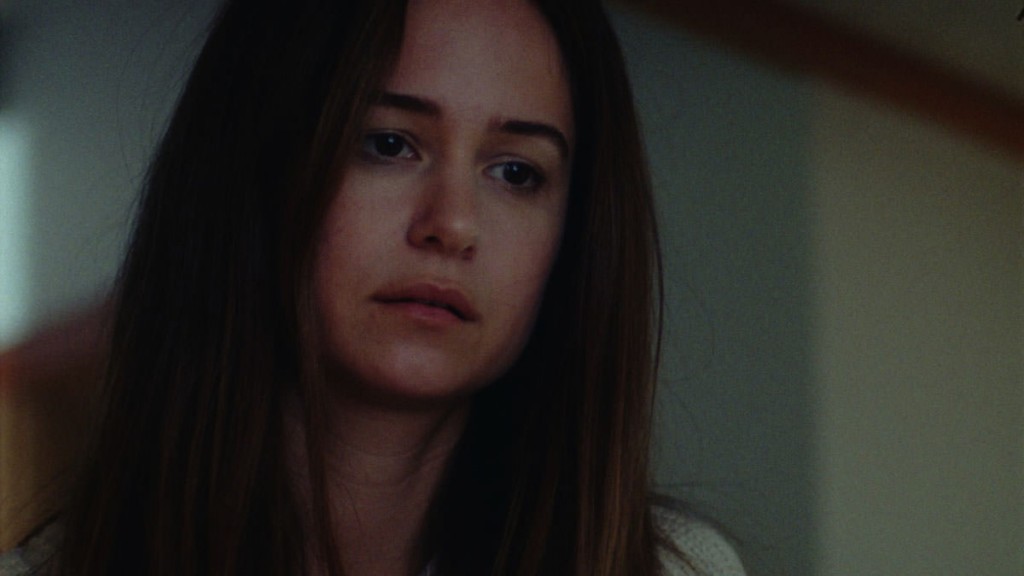 Perry navigates the personal histories of his characters and the dominance struggle between them a bit better than the internal struggle of mapping his brand of pitch black comedy onto the genre aesthetics of Bergmans’ and Polanskis’ past.

Not that he’s never worked under the influence of cinema masters before – much of how actress Carlen Altman is portrayed in The Color Wheel is clearly pulled from Jean Seberg through Godard’s eyes – but Queen of Earth ultimately feels hindered by the expectations of the thriller construct.

Because Perry’s earlier work was so free of the limitations of convention, an unexpected and disturbing scene at the end of The Color Wheel hits, and hits hard. There’s less a window for that unexpected originality here,when working within the space of a well-established aesthetic. The mental unravelling showcased here is made disturbing and real enough by Moss’s blistering, calculated performance, but the material feels less honest than Perry’s earlier work, most noticeably during a surreal party with the wide angle lenses and nightmarish look of a similar scene in Rosemary’s Baby.

These scenes see Perry’s focus slip to form in ways that disconnect the power of the performances at the center of the film. Somewhere in the process of communicating a smart, layered identity crisis drama through the visual means of a slasher cabin thriller, synthesis between story and visual form is lost, and with it goes the potency of the director’s original voice.

Still, what Perry brings to the table here narratively is special, and the interplay of who and what is being used as weapons between these two friends is fascinating. Perry’s love for the unabashed close-up and uncomfortable long take serve the film’s tense moments well, and the many monologues delivered here by both Moss and Waterston maintain naturalism and cutting truth inside their melodrama. 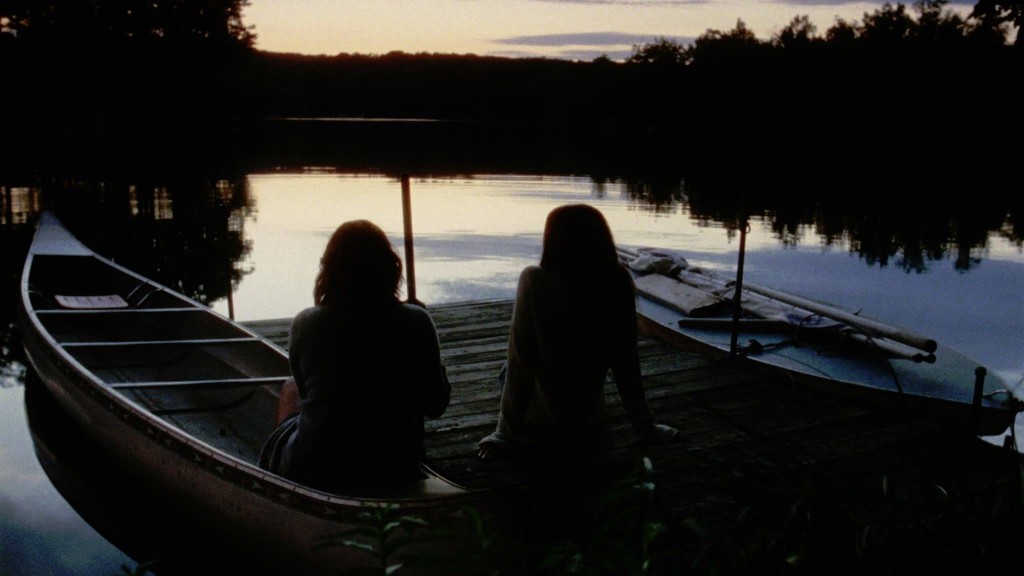 The warm, distinct look cinematographer Sean Price Williams captures on 16mm, along with the haunting, sparse score by Keegan DeWitt (ranging from synths to the classic horror sounds of a pounding piano note), make for top notch genre execution.

The question is whether top notch genre execution is something Perry should be focused on when he has consistently proved his unfiltered artistic voice is already unique, interesting, and valid. The director has readily talked of the influences that drive this piece, and it’s easy to understand how making a film like Queen of Earth is a dream of many filmmakers, but his voice is nonetheless dulled by trope obligations to his predecessors.

(All Reviews), Drama, Reviews, Thriller
About the Author
Taylor Sinople

END_OF_DOCUMENT_TOKEN_TO_BE_REPLACED
Taylor Sinople Picks: The 16 Best Films of 2016
Form and Function in Alex Ross Perry’s “Queen of Earth&...
Digging for Fire and Unexpected: Husband and Wife Process Parenthoo...
Every Thing Will Be Fine 3D Review