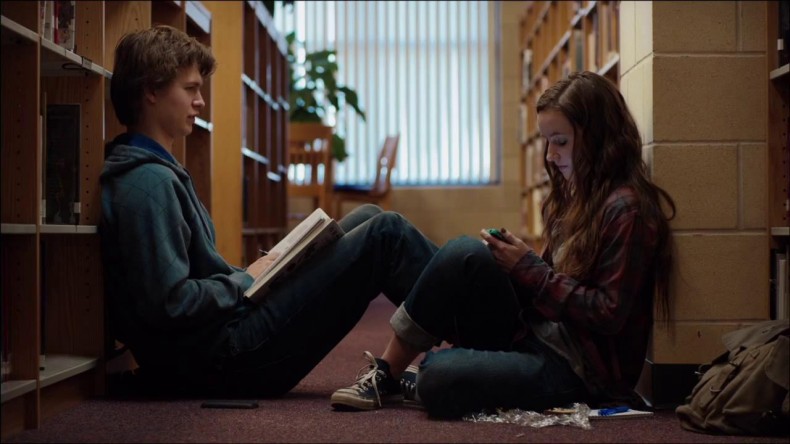 "Men, Women, and Children" is an illogical, cliché-riddled mess that will leave audiences scratching their heads and wondering why it went so terribly wrong.

1.5
Critic Rating
You have rated this

Once upon a time (and truthfully not that long ago), Jason Reitman was one of the most exciting voices in Hollywood. With films like “Juno” (2007) and “Up in the Air” (2009) – for both of which he was nominated for the Academy Award for Best Director – he had earned a reputation as a filmmaker with his finger on the pulse of youth culture, handling the growing generational gap between so-called “millenials” and the late baby boomers and “generation X” with graceful frankness. Several years removed from his last successful film, it seemed as though the now-veteran director would be returning to his roots with “Men, Women, and Children,” a high-school drama that analyses the role that technology plays in our lives and our interactions with other people. Sadly, and somewhat bafflingly, Reitman has lost whatever connection with the younger generation he once had, as the film offers only empty stereotypes and insulting generalisations about teenagers while telling a complex and often contradicting story that leaves only confusion where there was intended to be a clear message.

The film starts with narration by Emma Thompson about the Voyager I space probe, which gives hope that the infallible actress would actually be in the film. Unfortunately, she is not; the narration serves simply as a lazy thread by which to tie the beginning and the end of the film together by attempting to set the film’s story against a larger, cosmic perspective. What falls in between is a twisting, turning plot which follows five high school students and their relationships with their parents and each other, as well as their parents’ relationships with each other. Central to each of the many threads that run through the film is the role that social media, video games, and the Internet in general play in these relationships, and the sexual tension that exists in many of them. Throughout the film, many bad choices are made by the overabundance of characters, and many bad things happen as results of these choices.

Adding to the complexity of the already convoluted plot is the addition of astrophysicist Carl Sagan’s “Pale Blue Dot,” or more specifically, an audio excerpt from Sagan’s 1994 book that has been edited into a short film and uploaded to YouTube. In it, Sagan aspires to put human life into perspective by referencing a photograph taken by the aforementioned Voyager probe, which depicts Earth as the titular pale blue dot amongst millions of stars and other cosmic bodies. In “Men, Women, and Children,” one of the teenagers, Tim Mooney (Ansel Elgort), becomes obsessed with the video and, believing that nothing that he does means anything on a grand scale, quits the high school football team, on which he was the star tailback. The film seemingly criticises Sagan’s proclamation of the insignificance of human life, as Tim uses the viewpoint as justification for his actions multiple times throughout the story, and yet every action he takes sets forth a chain-reaction that ends up causing harm to himself or other characters. At the end of the film, however, the spontaneous Thompson narration quotes the final words of the video as a call to arms for humans to embrace this pale blue dot that we call home, because it’s the only home we have in the vastness of the entire universe. This affirmation of Sagan’s message directly contradicts the apparent criticism present in the rest of the film.

And so it goes throughout “Men, Women, and Children.” It’s obvious that Reitman and co-writer Erin Cressida Wilson feel like they have some message to deliver with this film, and yet they never actually come out and say it. The hypersexualisation of society caused by the accessibility of Internet pornography, for example, is a major theme that ties nearly every narrative thread of the film together, and yet the topic is not fleshed out enough to actually offer any worthwhile commentary. Parenting is explored in-depth, and yet the message is unclear and contradictory: One mother (Jennifer Garner) keeps track of every single keystroke her daughter (Kaitlyn Dever) makes online, while another (Judy Greer) actively takes photos of her daughter (Olivia Crocicchia) in sexually-provocative poses for a modeling website and is oblivious to her sexual activity. Tim’s father (Dean Norris), a single dad, tries his best to strike a balance between the two extremes, as do the parents (Adam Sandler and Rosemarie DeWitt) of one of Tim’s ex-teammates (Travis Tope). And yet despite all of these differing parenting philosophies, terrible things happen to each one of these teens. Exactly what Reitman is trying to say about parenting in the social media age gets lost in the dense web of narrative and characters, because every one of these plot lines ends in almost exactly the same way. It’s vaguely mentioned that the events of September 11, a day which the teenaged characters are too young to even remember, is someone responsible for the downfall of society, but that’s yet another narrative thread that remains untied and frayed by the film’s end.

The plot woes that befall “Men, Women, and Children” aren’t at all helped by the fact that almost every single character in the film is one negative flaw taken to cartoonishly extreme proportions, which is then exploited to reach the absolutely worst possible outcome. For the teens, especially, Reitman seems to have taken every ageist stereotype regarding youth culture and run with it, creating one-dimensional characters that are not only unrelatable, but also flat-out insulting to younger audiences. Every single bad thing that could happen to the characters ends up happening – making the film incredibly predictable – but it doesn’t come off as a cautionary tale so much as simply criticising teens just for being teens. The film feels like it was written by an aging elitist who resents the new generation because he can no longer understand it. There’s also an undertone of misogyny present throughout the film, but it’s unclear whether that’s the fault of the scriptwriters; Chad Kultgen’s source novel of the same name has been criticised for the same.

“Men, Women, and Children” has a few bright spots here and there, but they seem negligible when compared with everything that went wrong. The acting is mostly uninspired and hammy – it’s hard to blame the ensemble cast, considering the material they’ve been given to work with – but Ansel Elgort is perhaps the lone exception; he steals the show with a subtle and nuanced performance (not coincidentally, he plays the most fleshed-out and fully realised character) that stands among the best teen performances in recent years. The on-screen graphics depicting cell phone and computer use were inventive and visually interesting.

And really, that’s about it. That’s the extent to which “Men, Women, and Children” succeeds as a film. Given Jason Reitman’s recent track record, it shouldn’t come as a big surprise that the film fails to achieve its potential, but knowing the heights of which the filmmaker is capable makes it a crushing disappointment, nonetheless. One can’t help but feel that he very well may be a “pale blue dot” himself, fading into obscurity among a plethora of rising, brighter-burning stars.

Tyler is an aspiring filmmaker and lover of all things film. When he isn't obsessing over film, Tyler can be found working, taking minimal breaks for nourishment and that oft-desired and seldom-obtained miracle known as sleep. He resides in Columbus, Ohio.
You might also like
Adam SandlerDennis HaysbertJ.K. SimmonsJason Reitman

by Josef Rodriguez on May 26, 2014
Compared to some of Sandler’s recent work, Blended is a breath of fresh air, but it’s still not on the level of the comedian’s classic comedies.
comments
Leave a reply
Add Comment Register

END_OF_DOCUMENT_TOKEN_TO_BE_REPLACED
Taylor Sinople Picks: The 16 Best Films of 2016
Form and Function in Alex Ross Perry’s “Queen of Earth&...
Digging for Fire and Unexpected: Husband and Wife Process Parenthoo...
Every Thing Will Be Fine 3D Review