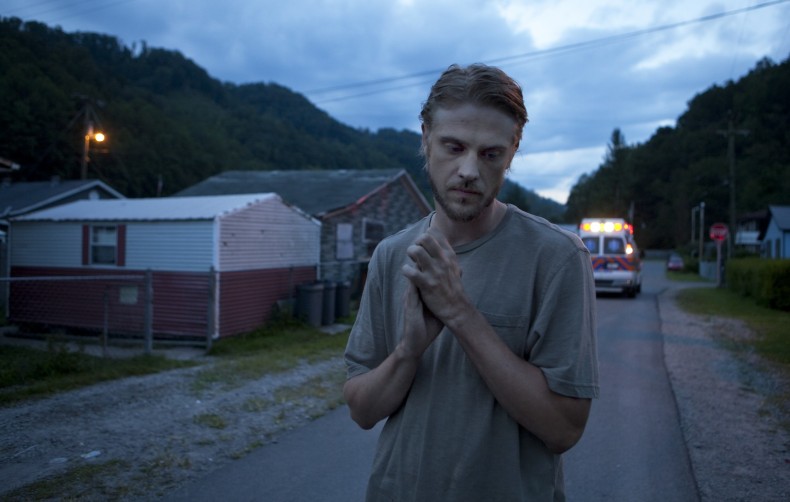 Sara Colangelo’s debut feature is wonderfully acted and beautifully filmed, but its narrative strength is constantly hampered by Colangelo’s refusal to linger on any kind of nuance or subtlety.

In a small West Virginian town, the lives of ten miners were taken by a freak accident that has left an entire community in disarray. Mild-mannered Amos (Boyd Holbrook) suffers from survivor’s guilt while facing pressure from other members of the workforce to leave out any potentially incriminating details. Meanwhile, one of the deceased miner’s sons, Owen (Jacob Lofland), faces consequences of his own when an encounter in the woods with JT (Travis Tope) – the son of the mine’s facility manager (Josh Lucas), who is possibly responsible for the accident – results in his accidental death.

This minor ensemble drama from first-time filmmaker Sara Colangelo is loosely based off of her eponymously titled 2010 short film. Featuring performances from Elizabeth Banks as JT’s mourning mother, and an engagingly physical rendition from newcomer Boyd Holbrook, Little Accidents is the kind of well-acted, visually appealing independent drama that finds an audience once it hits Netflix or Hulu. However, it isn’t much more than that, and it really should be.

From its opening moments, Little Accidents is a predictable, mostly inoffensive trip through a mostly impoverished mining town struck by tragedy. It’s not exactly an original story, but Colangelo does her film a massive disservice by making absolutely no attempts to subvert expectations beyond what most audiences are already very familiar with. Admittedly, Colangelo’s depiction of classism with no apparent agenda is a refreshing change of pace, but this agnosticism extends far beyond an acceptable range, and her film often lays lifeless, as worn out and disempowered as its characters.

Little Accidents is wonderful to look at – it has a lived-in quality that does well to create some subtext where there otherwise would be none – but Colangelo’s commitment to solemnity is often as irritating as it is unnecessary. For a film that’s content to drag its characters exactly where we expect them to go, Colangelo also seems content to let them spout on-the-nose dialogue that is neither memorable nor challenging in any way. She constantly contrives situations to propel the plot forward, and does nothing interesting once she gets there.

Equipped with a cast of excellent performers, Little Accidents gears itself up to be one of the better small-town-tragedy films of the year, but amidst the melodrama and comparative structural stasis, it becomes abundantly clear that technical proficiency has been confused for honesty. And while Little Accidents isn’t offensively bad – not even close, actually – that, in and of itself, is more than just an accident. It’s a big, big mistake.

Josef Rodriguez is a writer, filmmaker, and musician living in New York City. He is often labeled as "that guy who didn't love Boyhood" and he finds himself liking Harmony Korine films more than he likes his own friends. When he's not stressing over turning in reviews on time, Josef can be seen playing guitar, watching "Spring Breakers," or trying to write the next great American movie.
You might also like
Boyd HolbrookElizabeth Banksjacob lofland

END_OF_DOCUMENT_TOKEN_TO_BE_REPLACED
Taylor Sinople Picks: The 16 Best Films of 2016
Form and Function in Alex Ross Perry’s “Queen of Earth&...
Digging for Fire and Unexpected: Husband and Wife Process Parenthoo...
Every Thing Will Be Fine 3D Review