Review: The Keeper of Lost Causes 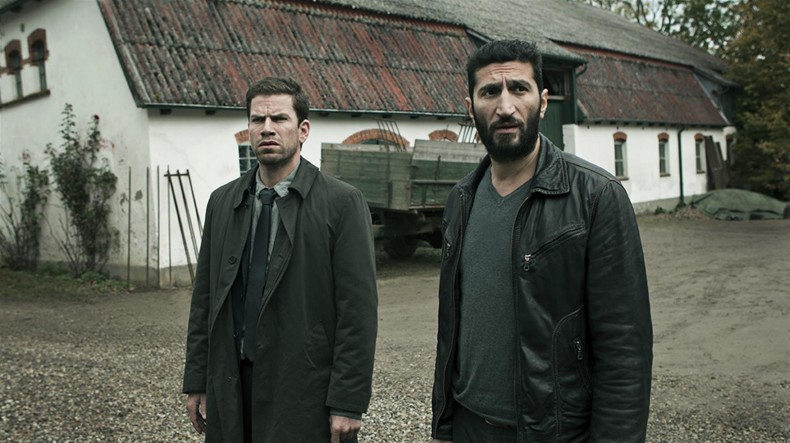 Whilst its simplistic and formulaic narrative still has one or two twists and turns to keep the audience on their toes, "The Keeper of Lost Causes" is a grim and compelling watch that likely won't live for long in our memories.

The most recent addition to the ever-popular Scandinavian crime genre which includes greats such as “Insomnia” and “Headhunters,” is the Danish “The Keeper of Lost Causes” (originally titled Kvinden i buret), directed by Mikkel Nørgaard and scripted by Nikolaj Arcel (screenwriter for the original “The Girl with the Dragon Tattoo”). Based on an international bestseller written by Jussi Adler-Olsen, it is the first of a series of five, and a second installment is already underway.

The film opens with a brief shootout that leaves chief detective Carl Mørck (Nikolaj Lie Kaas) badly wounded, his best friend paralyzed, and another officer dead. Guilty of being reckless whilst planning this dangerous operation, Mørck is quickly demoted from the homicide unit to the newly established, basement-situated ‘Department Q,’ where his only companion is the calm, collected, and enthusiastic Assad (Fares Fares). Whilst the department sounds mysterious and intriguing at first, it turns out to be nothing more than a job usually intended for older officers who are awaiting retirement by completing paperwork on cold cases. Specifically, Mørck and Assad have to classify and close cases from the last twenty years, lock them away and essentially forget about them. However, Mørck’s instincts and uncontrollable urge to act soon get the better of him.

His curiosity is aroused when he comes across the five year old case of successful politician Merete (Sonja Richter), who disappeared presumably after jumping off of a ferry and committing suicide. However, a lot of the witness statements don’t quite add up, and someone about to commit suicide is unlikely to have taken their mentally disabled brother (Uffe played by Mikkel Boe Folsgaard) with them, which forces Mørck to believe that the case was wrongfully closed. In spite of orders to stay in Department Q, the duo soon finds themselves in pursuit of the truth.

Nørgaard pulls together the usual level of intensity one would expect from the genre, but sadly there is very little here that feels anything other than formulaic. Kaas suits the grizzled and scruffy detective role, but spends a lot of the film scowling and looking pained as Mørck, initially making him rather difficult to side with. However he has an easy chemistry with Fares’ more sensitive and engaging Assad, giving them the feel of a team that could potentially work long term. Sonja Richter is terrific as Merete in some flashback sequences, who – without giving too much away – has to endure some truly awful hardships. One scene involving some amateur self-dentistry with pliers will have audiences squirming and grimacing in their seats.

There are however, a few police film clichés that are not entirely needed. Mørck is the typical ‘cop who doesn’t play by the rules,’ indulges in the usual lonely drunken night, and has a superfluous stepson who makes his life even more of a misery whilst offering little else to the story. Where the story works best is in the growing friendship between Mørck and Assad.

Impressively scripted by Arcel, the story is structured in a way that it is not so much about the solving of the mystery, but more about the why, more specifically, the motives behind Mørck and the reasoning behind his drive. Bleak, dark and at times unsettlingly brutal, it builds nicely into a tense climax. The imagery is fantastically striking when necessary (particularly the use of color when the reality of what is going on is revealed), and some of it is disturbingly uncomfortable as expected of the genre. But it is the formulaic feel of the film that doesn’t quite make it stand out. Exposition comes in the form of flashbacks, which give the feeling of trying to bulk up the story rather than drive the narrative within.

Even though Mørck and Assad’s outstanding teamwork brings audiences to a conclusion that is wholly predictable, and the mystery fades away halfway through the story, the climax will keep you on the edge of your seat. The first and final meeting with the criminal proves to be a difficult test for Mørck and his partner and an intense experience for viewers, who will certainly keep rooting for this exciting, albeit expected, ending. “The Keeper of Lost Causes” is not a bad start to this new series of films as there is some tension to be had early on – despite its formulaic nature it was certainly enjoyable, and now that the team of Mørck and Assad have been established, has the potential to improve and stand out from similar films in the upcoming releases.

END_OF_DOCUMENT_TOKEN_TO_BE_REPLACED
Taylor Sinople Picks: The 16 Best Films of 2016
Form and Function in Alex Ross Perry’s “Queen of Earth&...
Digging for Fire and Unexpected: Husband and Wife Process Parenthoo...
Every Thing Will Be Fine 3D Review