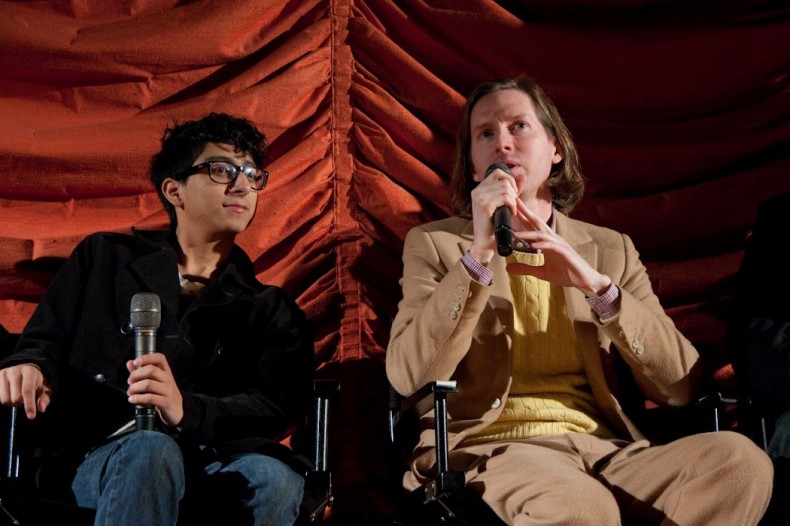 On March 1, 2014, Wes Anderson (adored director of such visually distinct films as “Rushmore,” “The Royal Tenenbaums,” and “Moonrise Kingdom”) presented his new film, “The Grand Budapest Hotel,” to a sold-out audience at Chicago’s historic Music Box Theatre. Among an ensemble cast of Anderson-favorite such as Bill Murray and Jason Schwartzman, “The Grand Budapest Hotel” stars Ralph Fiennes, F. Murray Abraham, Jude Law, and new-comer Tony Revolori and tells the story of a lavish 1930’s hotel, its monarchal concierge, its eager new bellboy, and a series of fantastical events following the death of a wealthy woman. After the screening, Anderson came out for a Q&A and brought along the film’s young star, Tony Revolori, producer Jeremy Dawson, and frequent collaborator Roman Coppola. The group shares stories from the film’s production, and answer questions about Anderson’s iconic process and style. 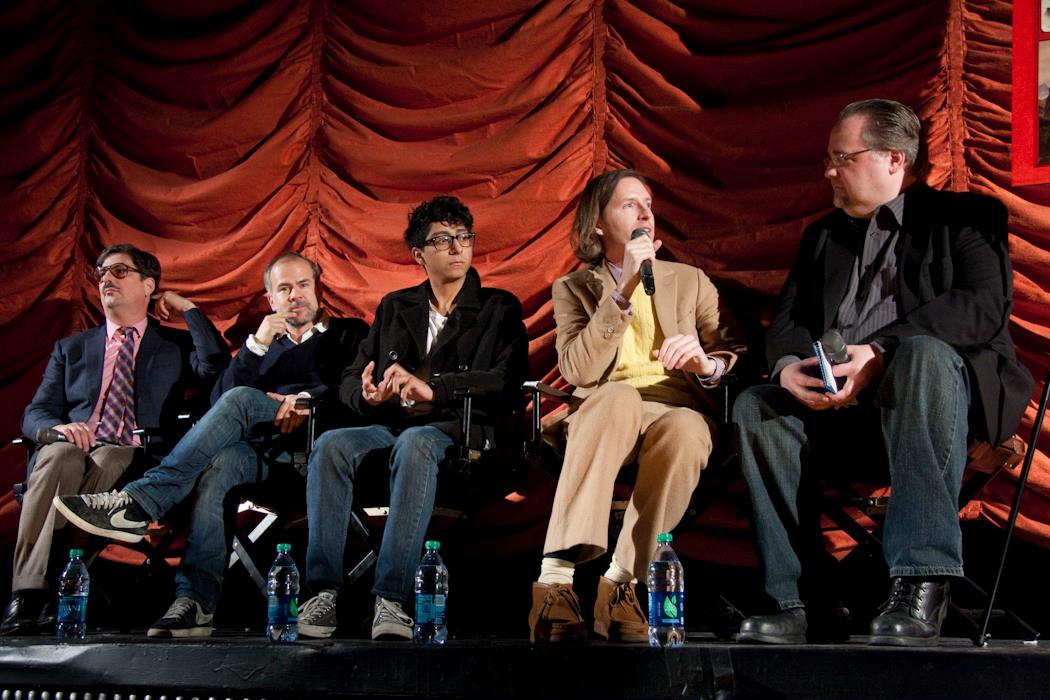 Taylor is a Chicago-based writer and aspiring film historian. He is the editor here at TFP, and has contributed to a number of international publications such as Cinema Scandinavia, PopMatters, and Room 101 Magazine. He can also be found listening to podcasts, researching topics he has little use for, or running after a city bus.
You might also like
music box theatrewes anderson

END_OF_DOCUMENT_TOKEN_TO_BE_REPLACED
Taylor Sinople Picks: The 16 Best Films of 2016
Form and Function in Alex Ross Perry’s “Queen of Earth&...
Digging for Fire and Unexpected: Husband and Wife Process Parenthoo...
Every Thing Will Be Fine 3D Review