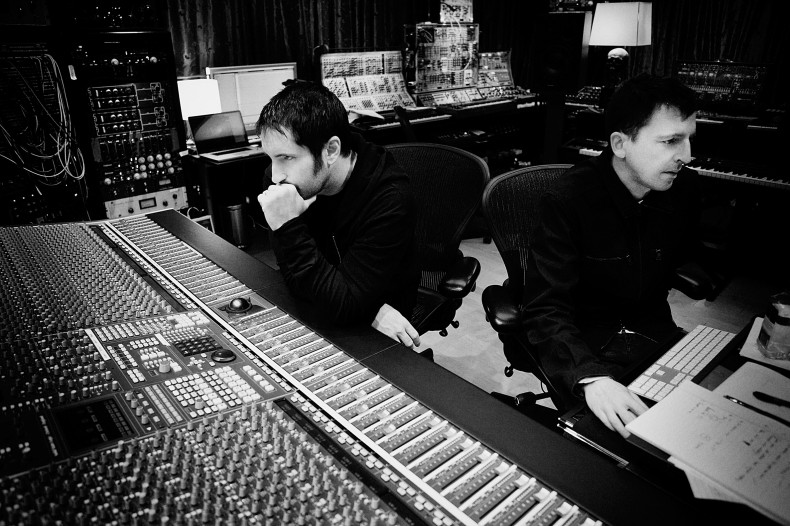 Trent Reznor of Nine Inch Nails announced earlier today that he will reteam with English composer Atticus Ross to score David Fincher’s upcoming thriller “Gone Girl”. Reznor and Ross previously won an Academy Award and Golden Globe for their atmospheric, minimalist music that added intrigue and beauty to Fincher’s “The Social Network” before scoring the director’s follow-up film, “The Girl with the Dragon Tattoo” for which they won a Grammy.

“Gone Girl” is the story of a missing wife and the husband that becomes the prime suspect. It’s based on Gillian Flynn’s 2012 novel of the same name and will star Ben Affleck, Rosamund Pike, and Neil Patrick Harris. You can see it in theaters in wide release on October 3, 2014. Check out the tweet confirmation from Reznor below:

and yes, Atticus and I are scoring David Fincher’s upcoming Gone Girl!

Taylor is a Chicago-based writer and aspiring film historian. He is the editor here at TFP, and has contributed to a number of international publications such as Cinema Scandinavia, PopMatters, and Room 101 Magazine. He can also be found listening to podcasts, researching topics he has little use for, or running after a city bus.
You might also like
David FincherGone GirlMovie News

by Josef Rodriguez on October 6, 2014
Speculations of the Zodiac killer’s true identity have sent his most ardent followers into a labyrinth of fragmented stories, clues, and uncertainties. Seeing that the true identity of the infamous serial killer was never discovered, it remains one of our nation’s greatest mysteries, one that has inspired films, music, and books for over forty years. […]
Comments
Leave a reply
Add Comment Register

END_OF_DOCUMENT_TOKEN_TO_BE_REPLACED
Taylor Sinople Picks: The 16 Best Films of 2016
Form and Function in Alex Ross Perry’s “Queen of Earth&...
Digging for Fire and Unexpected: Husband and Wife Process Parenthoo...
Every Thing Will Be Fine 3D Review