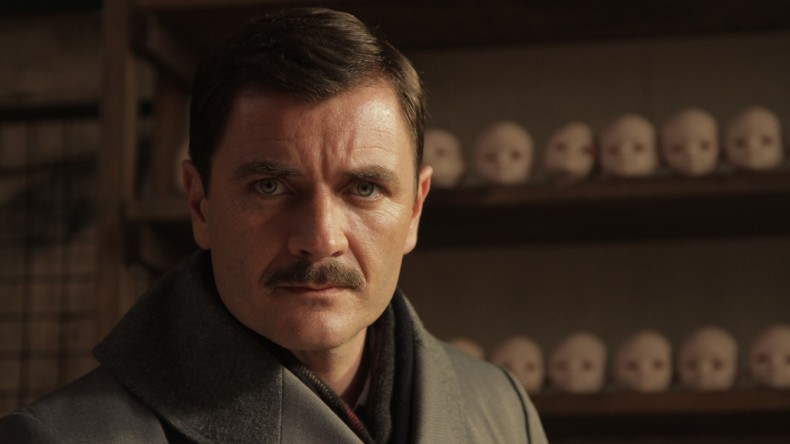 In “The German Doctor,” notorious Nazi war criminal Josef Mengele seeks refuge at a Patagonian hotel after fleeing Europe in the mid 1940’s.

Mengele (Àlex Brendemühl) uses his money and medical knowledge to charm the hotel’s owners, the pregnant Eva (Natalia Oreiro) and husband Enzo (Diego Peretti), after becoming interested in their under-developed 12-year-old daughter Lilith (Florencia Bado). Lilith’s small size and Eva’s expected twins spark Mengele’s attention and he attempts to treat the children with an experimental growth hormone while hiding his true identity from everyone in the town.

Known for his torturous experimentation at Auschwitz concentration camp, Mengele would carry on his testing of pregnant women and their children throughout South America as he avoided the Israeli manhunt for the rest of his life.

New director Lucía Puenzo (“XXY”) directs lead actor Àlex Brendemühl to triumph as the reckless  yet strangely kind Mengele. This isn’t a simple vilification, but a true effort to understand his reprehensible nature. The filmmakers aren’t afraid to suggest that despite the torturous outcomes of his experimentation, Mengele believed in the far reaches of his twisted mind that his actions were for a greater good.

Puenzo’s writing says a great deal with very little through the use of subtleties that reference the events of the holocaust. Mengele drops unintentional clues in casual conversation that we are able to pick up knowing his true identity. When he discovers Enzo’s hobby of building dolls, Mengele offers to mass-produce them – removing the imperfection in an assembly line process. These allusions end up at odds with the subtlety of the actor’s performance. There’s a disconnect between his desire to stay hidden and his overly obvious actions that seems constructed more for entertainment than historical accuracy. This in-your-face approach extends to the film’s well-crafted, but unnecessary score that uses acoustic guitars and violins to extend the already successful drama.

“The German Doctor” is clearly an exceptionally intriguing project – it showed at the Chicago International Film Festival to a packed, sold out crowd. While certainly well-made, the ultimate trouble will come from the audience’s difficulty to connect to the film. Our point of view exists outside of the main character. We’re cut off from Mengele’s emotions and thoughts and often placed on the outside looking in. This is both the film’s greatest mystery and flaw.

Taylor is a Chicago-based writer and aspiring film historian. He is the editor here at TFP, and has contributed to a number of international publications such as Cinema Scandinavia, PopMatters, and Room 101 Magazine. He can also be found listening to podcasts, researching topics he has little use for, or running after a city bus.
You might also like
ciffWorld War II