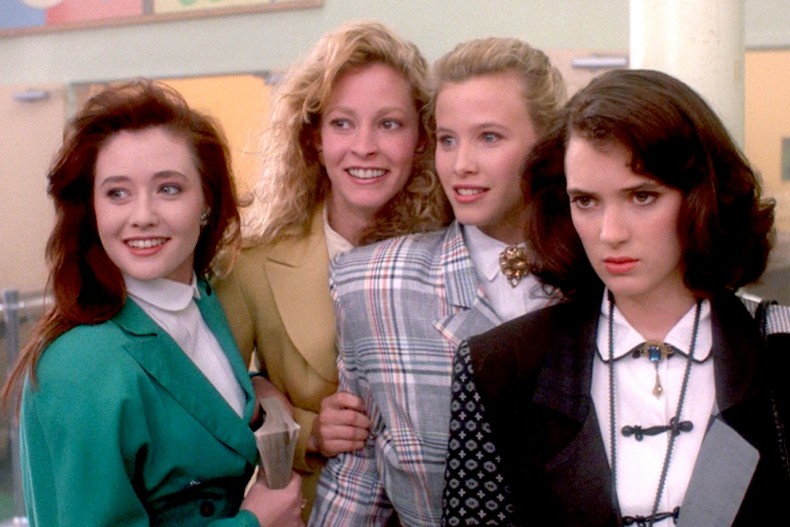 It’s like, they’re people I work with and our job is being popular and shit

There are dozens of formative teen films, and each takes on the trappings of its individual generation not only to frame the story, but to more often be the essence of the story. Dazed and Confused’s ambling, unmoored approach echoed both the 70s cautious and bewildered look to the 60s and the 90s’ similar look back to the 80s. American Graffiti achieves similar effect but in the opposite direction, with the characters’ crazy adventures on that night in ’62 about to be made naïve as the decade progressed.

But rarer are the teen films that capture their own generation as it is happening, and while the most recent may be Dear White People (reviewed on this very site), undoubtedly the most well-known is Mean Girls, the 2004 film written by Tina Fey based on the Rosalind Wiseman book. And, whereas the previous “generation films” focus primarily on the male protagonists, and their efforts to “score” or “make sense of their lives,” Mean Girls provides a compelling, hilarious, and truthful look at high school’s effects on its inhabitants. Far from ‘one wacky last night outside the school,’ in Mean Girls the school itself is the liminal space, akin to a nuclear power plant in that it fosters and induces cramped conditions and, therefore, chain reactions. Because while communities and cities have their own ideological, political, cultural, or spiritual groups, high school throws all of that into a pressure cooker, sets a timer, and then leaves the kitchen while it boils over. 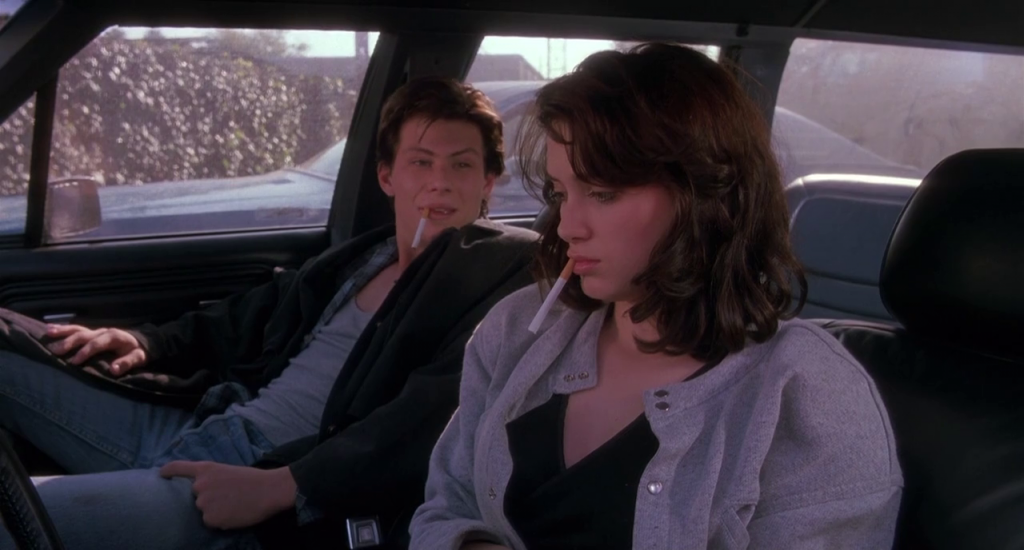 But Mean Girls was not the first film to achieve a female-centered narrative that didn’t devolve into trite cliché, and it arguably isn’t even the best at what it does. I’d argue that title goes to Heathers, a 1988 dark comedy starring Winona Ryder and Christian Slater. Both films feature an exaggerated clique leading the school, a smart girl who can move in, out, and among their grasp, and a high school as the battlezone. But while Mean Girls doesn’t pull any punches about how cruel the high school experience can get, it fails to get as dark or hilarious as Heathers.

The film takes place in Westerburg High School in Sherwood, Ohio and centers on the eponymous Heathers, a group of rich, pedigreed girls whose popularity equals power over the rest of the school. While Veronica Sawyer (Ryder) is the adopted fourth member of the group, it’s clear she yearns for something more, or at the very least a return to her prior life and friends. (Perhaps this is what drove her to the Heathers in the first place, as the lead Heather, Heather Chandler, tells her that she teaches people “how to spread their wings and fucking fly.”) This impulse is tested when J.D. (Slater) arrives in town, a new student with a penchant for the psychotic. He befriends Veronica, and they develop a relationship that gets pushed to the extreme when J.D. seems willing and able to put Veronica’s teenage whims, captured quite eloquently in her diary, into action. This means a series of deaths made to look like suicides, most notably Heather Chandler’s. Any illusions Veronica had that Heather’s death would change the dynamic of the school take a turn for the worse when, upon discovering her forged suicide note, the school begins eulogizing Heather. Among this craziness J.D.’s psychotic nature emerges, forcing Veronica to save the very school she is by-turns enamored, frustrated, and fed up with.

Mean Girls by no means retreads the ground Heathers walked over, as you can tell by the crazy second and third acts, but they do share some plotting and characterization similarities. And the debts the former has to the latter aren’t totally formal, either; they’re also direct: the writer of Heathers, David Waters, has a younger brother named Mark, who just happened to direct a film called Mean Girls. David himself wanted his film to be seen as “the final word on high school films”—a pronouncement audacious in scope until you learn that he also wanted Stanley Kubrick to direct it. While neither happened (and, let’s be honest, Mean Girls might very well be supplanted in the next decade), Heathers nonetheless leaves an indelible mark of satire, teen angst, and infinitely quotable lines (which I’ve lovingly used as section headers in this essay). 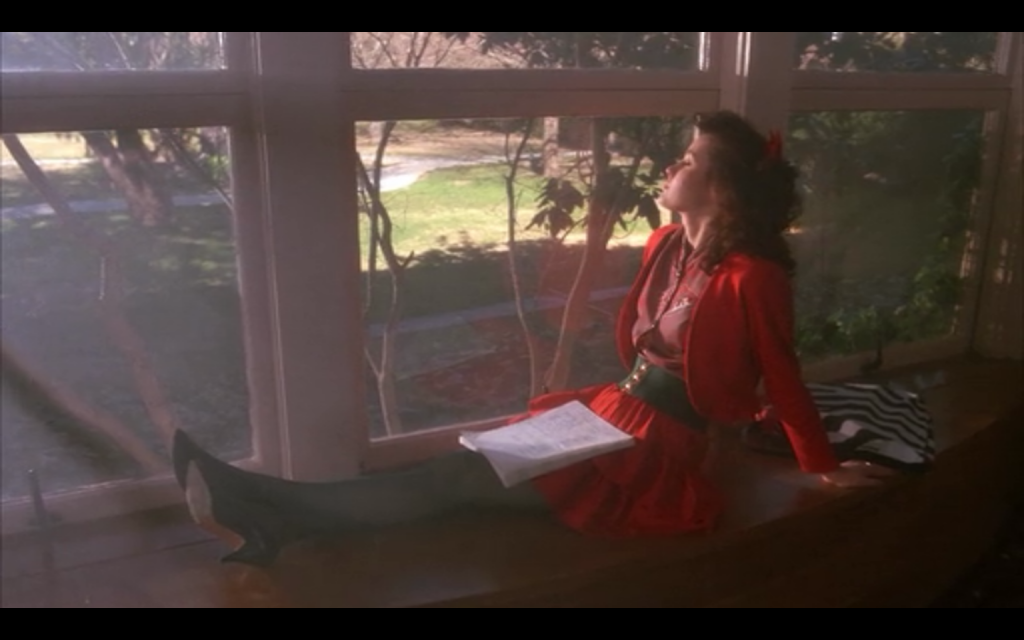 Like any good diary, Heathers gets better the more you read into it. And it starts with the names: among the leads, Veronica Sawyer combines Archie’s Veronica with Twain’s Tom Sawyer, and J.D. (Jason Dean here) is obviously a corruption of James Dean. The main Heather, Heather Chandler, takes her last name from the Middle English term for a “retail dealer in provisions and supplies or equipment of a specified kind,” the assumption being that, as group leader, this Heather is dealing in coolness and popularity. Second rank is Heather Duke, which in Latin derives from ducere “to lead,” although a duke is understandably lower than a queen. Finally, we round out the gang with Heather McNamara, probably the strangest name as it leads us to FJK’s and LBJ’s Secretary of Defense, a man who wasn’t the chief one in the spotlight but nonetheless knew how the strings were connected. Even the town, Sherwood, Ohio, alludes to Sherwood Anderson’s Winesburg, Ohio, a collection of short stories about a town whose inhabitants make high school students look like trained show dogs.

The names matter because, while the characters are well-developed and their predicaments are (for the most part) believable, the film functions as a dark comedy by way of satire. The Heathers are chiefly distinguishable by their color-coded dresses, the jocks in the film are meat-and-potato-heads, the reaction to the suicides is ludicrous and borders a perverse hero worship, and one needs only to look at Slater’s vice grip-squinted face for a few seconds before they convulse into conniptions. It’s never explicitly shouted, but the problems here, however real, are upper class ones: in between existential questions in a diary or public shamings in a cafeteria, the characters reside in posh houses with patios and marble statues, playing croquet because, in suburban Ohio, that’s about as close to a royal hunt as you can get. 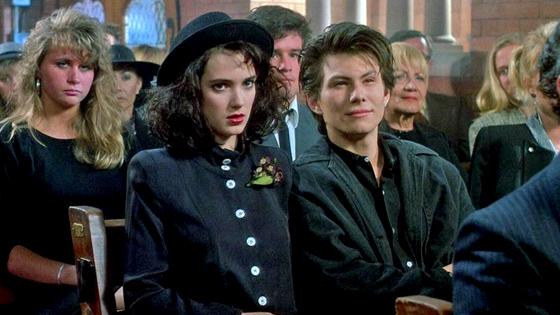 And then there are the politically incorrect lines, which date the movie, but maybe not in a bad way. Lines like “Does Africa have Thanksgiving?” or “Save the speeches for Malcolm X, I just want to get laid” probably wouldn’t fly these days due to the casual way in which they’re thrown off in the film. The suicides, shootings, and near-bombing of a totally-full school also would draw ire with the seemingly careless way they’re handled (not unlike another similar humorist who tackled a similar subject faced…), but they work in Heathers to place the drama in both ludicrous and logical terms. It makes sense that, for a girl like Veronica who can eat pâté and casually deride her father in front of him, that the only thing that would really shake her up is her vicissitudal social standing. The scene where Veronica and J.D. bicker/flirt over how to punish Heather Chandler for taking Veronica to a college party, with Veronica going for the classic milk-and-OJ-combo while J.D. favors an electric blue Drano-type liquid, is borderline Lynchian in how its implications bash up against the Play Date-esque way it’s handled and, indeed, framed. It can’t be surprising, then, that Heather dies from the mixture, with both the shocking (she falls through a glass table that shatters resoundingly) and the silly (her last words? “Corn Nuts“) colliding.

Perhaps Heathers would have been even more groundbreaking had the original ending been retained. Known as the “prom in Heaven” ending, it also features Veronica killing J.D., but, upon seeing the little good it does in stopping the status quo of cliques eating each other alive at Westerburg, she then decides to let the bomb that J.D. planted to go off in the school, killing both herself and everyone else. Cut to a reverse fade to a bright light, then a scene coated in white, with poppy music playing and everyone from Westerburg High, regardless of sex, race, creed, or social standing, dancing together in Heaven. And upon all this Veronica looks on approvingly, while a banner unfurls overhead proclaiming “What a waste, oh, the humanity.” That great equalizer, however intriguing, is probably too dark of an ending, even for a dark satire like Heathers, and it leaves the film in a less complicated place: everyone’s dead, but happy. With the original ending, we get most of the people living and happy—with the lingering sense that said happiness won’t last forever, and that the goodwill of purging the school will lead back into distrust, conflicts, and cliques. Whether it will return to that status quo before or after Veronica graduates (Stanford or San Quentin?) is another question. 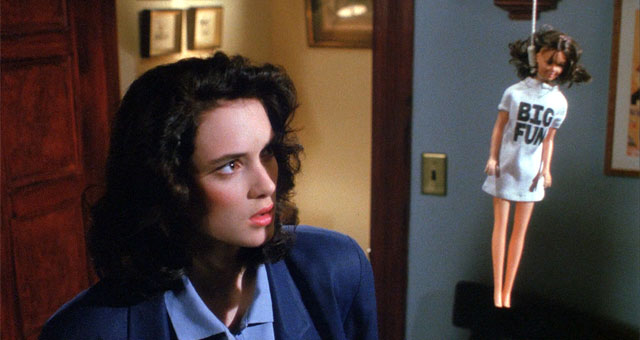 Fuck Me Gently With a Chainsaw

Finally, a confession: part of my love of Heathers stems from my infatuation with Winona Ryder. I had an irrational crush on her since I saw her in Beetlejuice, it became serious when I saw her in Edward Scissorhands, deepened (and maybe even matured) with her roles in Mermaids and The Age of Innocence, became a little edgier in the mid-90s with Reality Bites and The Crucible, and then kind of petered out in the early 2000s when I remembered she was in Mr. Deeds.

Seeing Heathers for the first time in college, I remembered that my fixation on her stemmed not only from my crush on her, but due to her penchant for picking up complicated-yet-grounded roles in films that otherwise would whirl out of control. What I appreciate most in Beetlejuice, for example, is not Michael Keaton’s manic performance (though, come on, it is brilliant), or the plain darkness of the plot, but the grounded nature of Ryder’s performance. The same goes for her turn as Kim Boggs in Edward Scissorhands: she doesn’t have the silent movie affectations of Depp, but she also isn’t cartoony and buffoonish like the rest of the town.

Yet if you’re confusing her unabashedly individual roles for that of the bland foil, think again. Kim Boggs is a deceptively simple character, yet the whole conceit of the film, that it is Kim bookending the film by telling her granddaughter the story of Edward, would fall apart if Ryder weren’t able to suffuse it with a trenchant and approachable melancholy. Abigail in The Crucible is wild-eyed girl who treads the line between demonic and sexual. And, in Heathers, it is Veronica’s ability to oscillate between the different cliques, and the ethical dilemmas this causes, that gives her character. Ryder can imbue her characters with this depth due to her own seeming contradictions: she has big, shiny, 1940s movie star eyes and lips, yet the mannerisms and inflection of a Gen X’er, resulting in an alluring beauty, or a beautiful acerbic. In an appraisal of her role in Heathers, writer Waters called it “wobbly,” which I think is great for the way it catches the range of her work, and the inherent instability and flux of her very best roles.

by Taylor Sinople on May 31, 2013
Writer/director Ariel Vromen examines the mind of American serial killer turned hit man Richard Kuklinski in the true-life crime saga “The Iceman”. As ambitious as it is flawed, “The Iceman” doesn’t work in all areas but may be worth seeing for the performances alone. The film stars Michael Shannon (“Boardwalk Empire”, “Take Shelter”) as Kuklinski […]
comments
Leave a reply
Add Comment Register

END_OF_DOCUMENT_TOKEN_TO_BE_REPLACED
Taylor Sinople Picks: The 16 Best Films of 2016
Form and Function in Alex Ross Perry’s “Queen of Earth&...
Digging for Fire and Unexpected: Husband and Wife Process Parenthoo...
Every Thing Will Be Fine 3D Review