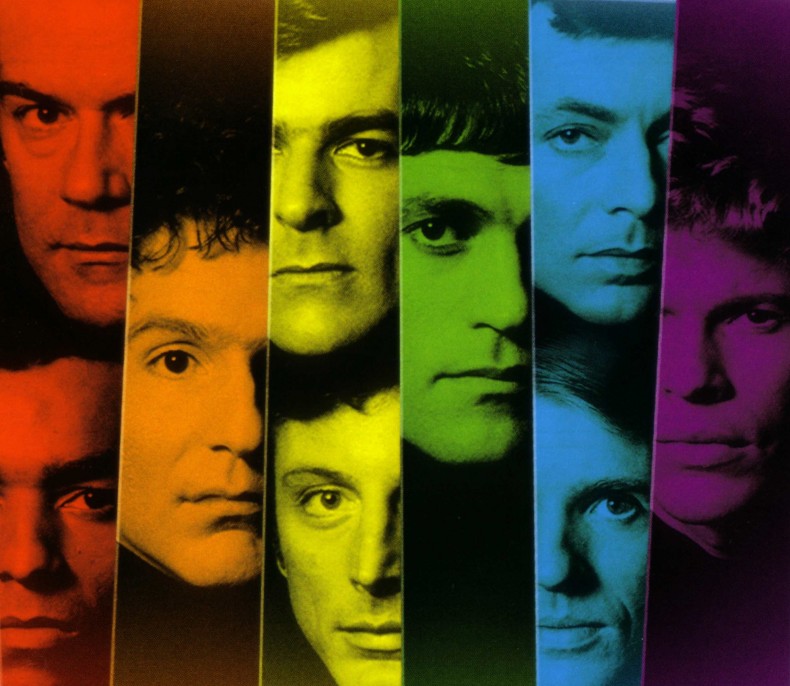 Adapted from Mart Crowley’s off-Broadway play of the same name, “The Boys in the Band” is not just an astonishingly well-written exploration of the homosexual experience in 1970 New York City but a taut and tragic examination of the relationship between power and insecurity.

Guilt is one of the strongest motivating factors in altering the trajectory of one’s persona. It can be a benevolent force, righting the ship after taking stock of past indiscretions. But perhaps more often than not it casts an anchor that plunges one further into unhealthy behavior. The guilt-ridden often seek refuge in the cause of their strife, like an alcoholic searching for a bottle to bury the lamentations stemming from the night prior. More dangerous still is when that man ceases his vice entirely but the guilt continues, when what was once thought of as the cause of anxiety and torment amounts to merely a symptom and the urge to chide, castigate, or harm still remains. This is only a single wave in the spectrum of emotional complexity examined in William Friedkin’s “The Boys in the Band,” a film that eschews typical character models and forces its audience to view external malice as a calculated defense from a turbulent psyche.

First and foremost, “The Boys in the Band” is one of the most important movies in a long history of queer cinema. Though certainly attracting its share of detractors (Pauline Kael found the film utterly irredeemable possibly due to a steadfast hatred of Friedkin, who would go on to make “The French Connection” and “The Exorcist” in the next three years), the movie undeniably portrays its characters with an exceptional dimensionality that is evident from the first several minutes. And though early shots of a crowded gay bar or of sexualized glances from men on the street provide insight into a growing homosexual culture in New York City, though still slightly obscured from the public’s eye, the focus of the film is much more intimate. This opening montage will feature the only elliptical editing to be seen, with Friedkin soon narrowing his scope to capture the isolated events of a single “party.

Donald (Frederick Combs) is the first to join Michael at his home as he prepares to celebrate the birthday of his close friend and occasional enemy Harold (Leonard Frey). In the midst of witty repartee it is revealed that Michael has ceased his alcoholic tendencies due to the deep regrets that accompanies his inevitable hangovers, “icks” as he refers to them. The rather playful verbal jousting between the two foreshadows the hostility to be found later. But already, screenwriter Matt Crowley, who also wrote the Off-Broadway play that the film adapts, has announced his presence as a driving force. The wit and security of his dialogue is above reproach and Friedkin is well aware. The auteur’s initial approach is reserved, at least for this director, focusing more on establishing the design of the apartment soon to be the backdrop of both physical and emotional violence.

A former roommate of Michael’s unannounced visitation interrupts the jubilation of the party’s inhabitants. Alan (Peter White) had previously made a distraught phone call to Michael but the cause of his misery is uncertain. As one of cohorts answers the doorbell, the camera follows him. We are given a shot steeped in nervousness and fear. Alan is the only straight character in the film and his entrance is uncomfortable and disquieting. Michael has never told Alan that he is gay and works quickly and unsuccessfully to mask the orientations of he and his friends. When Michael asks to speak with Alan in private, Friedkin begins to define and even exaggerate the power differential between the two. Alan is shot low as he complains of one character acting like a “goddamn little pansy” and explains that men should not act in such a manner. Michael looks on with a quiet but intense disgust. This is the beginning of a running theme for the director in this film. As conflicts heat or personalities rise in power Friedkin plays exceptionally well with stature, shadow, and staging. He refuses to subvert the theatricality of Crowley’s work, smartly filling the ensemble cast with the men who appeared in the original stage run.

After Alan scuffles with the effeminate Emory (Cliff Gorman) he is removed to the bedroom while the remainder of the party shuffles outside. The fight, though short as it is, it shot frantically and violently, rapid and jarring cuts provide an exceptional tone that would usually be more at place with a longer, more brutal altercation. But it is after this point that Michael begins to cast aside propriety, berating his guests with a previously reserved vitriol. Eventually a storm strikes quickly and the guests are forced inside the Upper East Side apartment. The heavy rains and winds ravage the somewhat meticulously arranged ornamentation. These serve as the final remnants of civility, a line between id and ego that has been destroyed. Michael falls further into villainous trappings as he initiates a game of melancholy, remorse, and degradation.

When he is not the forceful instigator or emotional torment, Michael plays the part of the puppet master. He places the heads of his guests through the noose, backs away quietly, and allows them to step off the platform themselves. But all of Michael’s maleficence and misanthropy, in light of the film’s fantastic conclusion, is not evidence of an irreparable or evil man. As he trods around his home, vigorously chugging the tonic water that has replaced his usual cocktails, searching for a buzz that will never come, he seems in complete control. He stalks around his compatriots, analyzing their weakness as a predator would their potential prey. But this façade is exactly that, purely artifice. It is a construct built carefully so as to protect himself from himself. He lashes out at his friends because in doing so, he is incapable of directing that rage inward, for however brief a time.

And it is a credit to Kenneth Nelson’s practiced and unyielding performance that this characterization is even possible. He brings a depth and emotional vulnerability to a character capable of committing heinous, or at the very least morally reprehensible, acts. And while Friedkin occasional utilizes an overly heavy hand in his direction, he captures the tragedy with deftness and style, and the film succeeded in generating awareness of and sympathy to the homosexual community.  It rose above the cultural milieu, beautifully displaying the simple and well-known relationship between hatred and insecurity, judgment and self-loathing. “Guilt turns to hostility,” Harold quips in summation of this film’s events. True freedom, in “The Boys From The Band,” is not granted, but the inevitable derivation of acceptance and tranquility.

by Williamson Balliet on June 29, 2014
Somewhere between surreal depravity and Renaissance tragedy is Gus Van Sant’s “My Own Private Idaho,” a visually compelling examination of unrequited love - romantic and otherwise.

by Taylor Sinople on October 23, 2013
When the young and attractive Franck (Pierre Deladonchamps) arrives at a remote lakeside beach somewhere in France, it’s with certain familiarity. Franck comes to the beach every day during the summer to swim in the lake, lounge on the sand, and sneak off into the woods to have sex with anonymous men. Franck’s everyday schedule […]
Comments
Leave a reply
Add Comment Register

END_OF_DOCUMENT_TOKEN_TO_BE_REPLACED
Taylor Sinople Picks: The 16 Best Films of 2016
Form and Function in Alex Ross Perry’s “Queen of Earth&...
Digging for Fire and Unexpected: Husband and Wife Process Parenthoo...
Every Thing Will Be Fine 3D Review