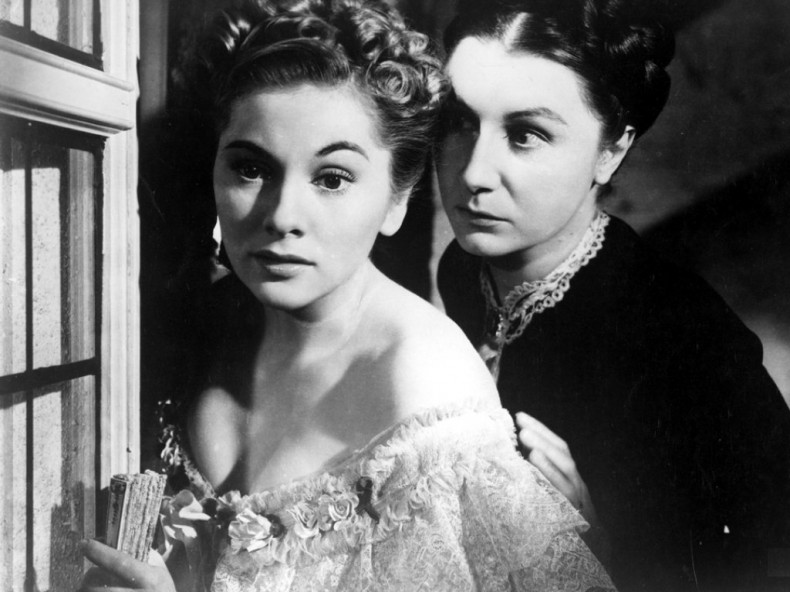 Alfred Hitchcock starts off his American filmmaking career with a bang. "Rebecca" is an indelible achievement in moviemaking history, and one whose legacy will live on for decades to come

2015 marks the 75th anniversary for one of the world’s greatest director’s greatest films. Nominated for 11 Academy Awards, and winning two (Best Picture and Best Black and White Cinematography), Alfred Hitchcock’s 1940 film Rebecca is a sensational foray into American cinema for the acclaimed British director. A ghost story of the highest order, Rebecca‘s preternatural tone and unsettling mood set up a mystery that never quite exists, yet hangs in the air like a troubled specter.

Our narrator dreams of her once elegant home, now merely jagged ruins atop a hill reclaimed by nature. The palatial estate known as Manderley has been known to her since childhood, but was transformed into a place of nightmares through the course of events she is about to describe. As the young, naïve (paid) companion of Lady Edythe Van Hopper (Florence Bates), our narrator (who will remain nameless, but is played by Joan Fontaine) becomes introduced to the forlorn Maximilian de Winter (Laurence Olivier) while vacationing in Monte Carlo. Still recovering from the loss of his beloved wife, Rebecca, a year prior, Maximilian seems to be in no mood for the high-society revelry in which Ms. Van Hopper famously engages.

Yet, despite her humble background, and his penchant for seclusion, Maximilian falls madly in love with our narrator, marrying her to give her the only title with which she is addressed for the remainder of the film, Mrs. de Winter. Returning to his home, Manderley, the couple is greeted by a hoard of housemaids and servants. Unable to feel at home in the place she once fantasized about living while on vacation as a little girl, Mrs. de Winter senses that she is a poor replacement for her late counterpart. Rebecca’s memory stands like a wall between Maximilian and Mrs. de Winter, a haunting reminder of all the ways the “stand-in” will never compare to the original. With an increasingly distant husband and a subversive housekeeper, Mrs. de Winter is completely alone, surrounded by ghastly mementos of the “magnificent and beautiful” Rebecca.

Hitchcock’s prowess behind the camera places his audience in the same mindset as Mrs. de Winter – we are restless in our new environment, fully aware that all is not as it seems, but at a loss as to why. Hitchcock’s pervading eye lingers on shots of “R de W” monogrammed napkins, handkerchiefs, and books, breathing life into an unseen character, but one who is ever-present. Using a freely moving (for 1940) camera that suddenly stops, alongside a brilliantly-mirrored score from composer Franz Waxman, Hitchcock draws striking attention to small details in the house, and Mrs. de Winter’s feelings of dread. Particularly around Mrs. Danvers, we notice more than simple animosity between Rebecca’s favorite handmaiden and the new Mrs. de Winter, there is an almost sinister quality to her omnipresence within Manderley.

Hitchcock’s cinematographer, George Barnes, and art director, Lyle R. Wheeler, are invaluable in helping achieve his desired mood. Mrs. Danver’s drab and skeletal frame is made infinitely more ominous when backlit and shot from below, transforming her from a grim housekeeper into a harbinger of death. Manderley itself becomes a tomb for Mrs. de Winter, with its enormous open rooms and narrow halls, instilling doubt in her sense of belonging and whispering relics of Rebecca’s memory. Like the mausoleum of a great queen, Manderley’s rooms are arranged just how Rebecca left them, all of her things in tact, and meticulously cared for.

Rebecca’s exquisite room on the west wing has become a place of respite for Mrs. Danvers, a last bastion of the days to which she clings so desperately. When Mrs. de Winter is finally curious enough to enter the forgotten bedroom, the tremendous windows and ornate adornments of the space seem metamorphosed into a great burial chamber. Obscured by thick ocean fog the magnificent view from the windows is nullified, items arranged almost sacrificially by Mrs. Danvers fill the space with memories of the dead – the room once hailed as the most beautiful in all of Manderley has become nothing more than a grand coffin.

Rebecca‘s flawless cast effortlessly dissolves into their characters, perfectly executing the dynamic script given to them by Robert E. Sherwood and Joan Harrison. Quick lively dialogues punctuate the first act when our narrator and Maximilian meet, decaying into stuttered eruptions of emotion in the film’s final moments. Laurence Olivier delivers an astonishingly British performance, as the straightforward and emotionally sequestered Maximilian. Undeniable charm drips from Olivier’s persona and gentle demeanor, making it all the more startling when he snips at his new bride, or loses his, supposedly short-fused, temper.

Joan Fontaine’s turn at the “unintelligent, average-looking” newlywed is every bit as charismatic as Olivier’s, but infused with the sweet kindness her character is noted to possess. Our uneasy proxy in this strange and lavish world, Fontaine’s apprehension with her wait staff, and with the countless reminders of Rebecca’s influence help guide us through the story, and form our own misgivings. Judith Anderson’s Mrs. Danvers is one of the most strangely diabolical characters in a Hitchcock film; endowed with a chilling combination of “Mother’s” watchful silhouette from Psycho, and the unquestionably loyal, sun-worshipping nun from The Man Who Knew Too Much (1934). Mrs. de Winter’s trepidation around Mrs. Danvers informs the audience of her positioning as an antagonist, but the degree to which she is involved, or even consciously aware of, are in constant flux. A truly menacing figure, Mrs. Danvers is a solemn black obelisk, far more frightening a foe than the serial-killing psychopaths of contemporary cinema.

Producer David O. Selznick remarked that Hitchcock was the only director that he would trust with a film – Rebecca is without a doubt the foundation of that sentiment. Hitchcock was able to bring together some of the best minds working in the industry, and tease out their absolute best. A triumph of cooperation in moviemaking, Rebecca is a symphony of thrills that will undoubtedly hold up for another 75 years.

Jordan Brooks is a contributor to several online publications, including his own blog focusing on streaming film. Being an avid lover of film, he has recently begun diving more deeply into film history; and is working towards becoming more educated in world cinema. He currently resides in sunny California with his girlfriend and their dog (although the real film buff in the family is definitely the dog).
You might also like
Alfred Hitchcock

END_OF_DOCUMENT_TOKEN_TO_BE_REPLACED
Taylor Sinople Picks: The 16 Best Films of 2016
Form and Function in Alex Ross Perry’s “Queen of Earth&...
Digging for Fire and Unexpected: Husband and Wife Process Parenthoo...
Every Thing Will Be Fine 3D Review