A Fresh Look At: The Adventures of Priscilla, Queen of the Desert (1994) 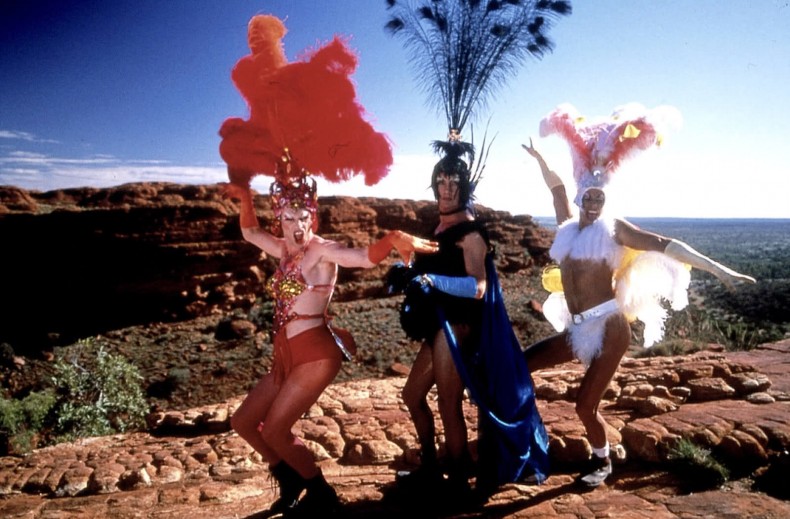 Ultimately, “Priscilla” is an excellent film, with actors that give loving and passionate performances while still making their characters utterly human.

“The Adventures of Priscilla, Queen of the Desert” is a 1994 Australian film about two transvestites and a transsexual who take a road trip across the Australian outback and the adventures they have along the way. The group encounters homophobia, friendly Aboriginals, helpful mechanics, and ominous looking lizards along the way, ultimately learning lessons about themselves and what they want along the way.

“Priscilla” is not necessarily a film with a deep message. It’s a road trip film commenting a bit on various aspects of Australian culture and the variety of people living on the island. More than that, though, it is also a commentary on each group’s version of isolation and how it perceives those that are outside. It’s a film about tradition and values, and the sometimes brutal clashes that happen between them.

This commentary comes through very clearly, and gives the film a greater entertainment value. The audience is able to experience not only the more known aspects of Australian culture, but also some of the unknowns and some of the stereotypes. The perspective of those who clearly only rarely venture outside Sydney lets the audience explore Australia through the eyes of those on the road trip, and it grants a sometimes humourous, sometimes more emotional take on events.

Alongside the voyage through Australia, though, is also a voyage through our protagonists’ experiences and views of the world. Hugo Weaving, for instance, gives an excellent performance as a man who is thoroughly unsure of himself and his place in the world, especially with regards to his sexuality. In comparison to Adam (Guy Pearce) and Bernadette (Terence Stamp), he comes across as terrified, but wanting to belong, regardless of who or what he is.

The fact that a variety of personalities and perspectives are shown, though, grants a great deal of humanity to the film. As scared as Weaving’s Mitsy may seem, Stamp’s Bernadette has an equal terror, albeit in a different direction. Juxtaposed with it is Pearce’s utter confidence as Adam, though this too is underlaid by a naivety and fear of the unfamiliar. As much as these characters have their own inner fears and uncertainties, it is also interesting to see these interact with the homophobia and xenophobia of the Australia around them.

More than any of these character analyses, though, “Priscilla” is just fun. While one can discuss themes of fear and identity that provide an undercurrent and meat to the film, it’s also built around grand song and dance numbers that are played with all the passion and love that the actors can muster. Every line of dialogue snaps together in a glorious way, providing endless quotability and laughs. It’s one of those rare films with a serious message about identity and homophobia that is still able to approach its topic with love and laughter.

“Priscilla” delivers exactly what it promises. The adventures are fun and unique, and the audience is kept entertained by not only the characters’ antics, but also the setting and situations themselves. Each actor seems to revel in their role, giving loving and passionate performances while still making their characters utterly human. Ultimately, “Priscilla” is an excellent film, guaranteed to entertain, even while making its audience think.

Janneke Parrish lives in South Korea where she struggles to order pizzas and consoles herself by watching far too many movies.
You might also like
Guy Pearce

by Taylor Sinople on June 22, 2014
Brutal and immersive, "The Rover" is an exemplary entry into post-apocalyptic fiction that values its characters and mood over plot and action.

END_OF_DOCUMENT_TOKEN_TO_BE_REPLACED
Taylor Sinople Picks: The 16 Best Films of 2016
Form and Function in Alex Ross Perry’s “Queen of Earth&...
Digging for Fire and Unexpected: Husband and Wife Process Parenthoo...
Every Thing Will Be Fine 3D Review