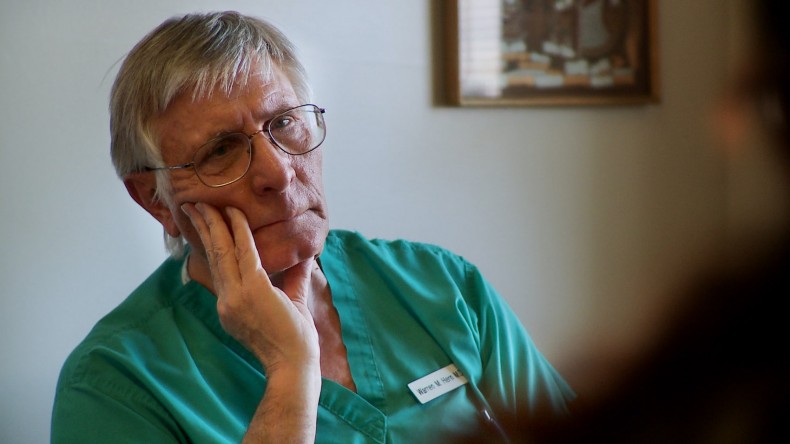 I have seen and reviewed quite a few documentaries, always focusing on technical or ethical aspects, and how well the documentary tells the story or convinces its audience of its message. The interesting aspects of “After Tiller” are not necessarily these. Rather, the interesting aspect of “After Tiller” is the unstated question of who, exactly, this film is meant for. Its message is abundantly clear, but its technique leads one to question how exactly it intends to send this message and who it hopes to persuade.

Technically, the film is well-made. Each scene is framed well, and the reliance of allowing the doctors to tell their own stories without a narrator guiding the discussion works in the film’s favour. Each of the doctors also focuses on a different aspect of their experiences, giving the viewer a broader range of what it must be to be a doctor providing third trimester abortions in the US. The discussion of these struggles is coupled with appropriate – and very subtle – music and shots of clinics being picketed and doctors being threatened. Allowing women to share their own stories of why they are seeking these abortions, too, better humanises the entire process and both those who seek it and those who perform it.

The question, though, is what the film is trying to achieve. Telling a story like this one is impossible to do in any kind of neutral way, and indeed, the film makes it very clear from the outset that it is very much in favour of elective abortions being safe and legal. This is not a film that is likely to be watched by or to persuade someone who is not already in favour of abortions. In fact, PBS’s recent airing of the documentary attracted heavy criticism from precisely these pro-life groups, making it very clear that it was not a film that would persuade or be watched by them. The filmmakers’ stated goals were to educate viewers about the process and to try and persuade viewers who were already pro-choice to support third trimester abortions. It would seem that the intended audience, then, is those who already theoretically support the idea of abortion, but with a particular focus on that segment of the audience that doesn’t support third trimester abortions.

This is all well and good, but doesn’t really take into consideration why there is opposition to third trimester abortions. Many of the reasons the film gives to bolster support for these abortions can be seen as roughly the same as for ordinary abortions. Women talk about finding genetic defects or not being able to afford a child or any number of reasons. There is nothing wrong with any of these reasons, and, as one of the doctors states, a woman’s decision should not be judged based on how well she can tell her story. What can be asked, however, is how these arguments are meant to persuade those who haven’t been persuaded by them in the past. If these are stories and reasons that have been heard before – and they are very familiar ones – what about them is meant to persuade now?

This leads to an interesting conclusion. The power of “After Tiller” and its ability to persuade lies not in its arguments or anything it teaches about third trimester abortions that is not already known. The pro-choice person in the audience is unlikely to learn anything they didn’t already know. The power of the film is the same as the power of the arguments against abortion – they are emotional tugs based on half-truths and misremembered science. It is an argument that asks the viewer to examine their morality and find a place for this pseudo-argument within it. While there’s nothing wrong with arguing using emotion – and indeed, it’s one of the primary strengths of a documentary – it is absolutely fascinating that “After Tiller” tries to makes its case using roughly the same techniques as those arguing against it. It is a case that isn’t really a case, just a story told to try and justify a position and perhaps persuade along the way.

There is nothing particularly wrong with “After Tiller.” It tells its stories well, and it does indeed humanise both those performing abortions and those receiving them. Where it fails, however, is in its goal of persuading those who are in favour of abortion, but who are not explicitly in favour of third trimester abortion. It expects these people to be persuaded by the same arguments that are used for abortion, and these arguments are simply not sufficient. Telling the stories of these doctors is important, but in doing so, the film can’t help but come off as preaching to the choir. It is unlikely to persuade further, but it does succeed in reiterating arguments about why abortions ought to be legal. It’s a fine film, but one which doesn’t – and likely can’t – succeed in its ultimate goals.

END_OF_DOCUMENT_TOKEN_TO_BE_REPLACED
Taylor Sinople Picks: The 16 Best Films of 2016
Form and Function in Alex Ross Perry’s “Queen of Earth&...
Digging for Fire and Unexpected: Husband and Wife Process Parenthoo...
Every Thing Will Be Fine 3D Review