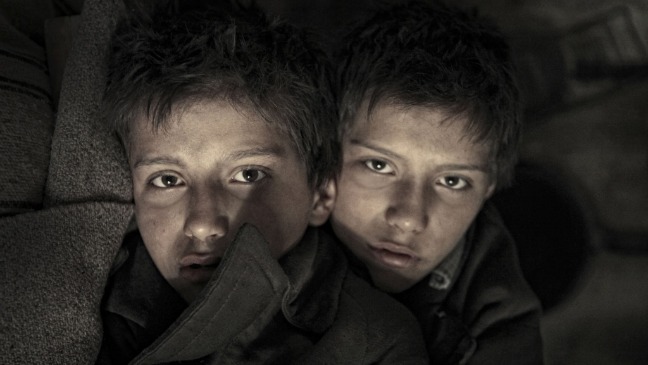 Sandwiched into one of the smaller theaters at the 49th Chicago International Film Festival, “The Notebook” quietly became one of the best treats of the fest.

Despite being part of the Main Competition at the festival and Hungary’s submission to the 86th Annual Academy Awards, János Szász’s World War II drama received little of the buzz that some of the larger genre films have garnered. Many go in with sizable expectations for any festival screening, but “The Notebook” in particular will astound with its insistence on quality and heart.

After all this time, it’s amazing that filmmakers are still able to find new and valuable war stories to tell. In the midst of the Second World War, two twin boys (played by András and László Gyémánt) – given only a notebook in which to record everything they see and hear – are left with their barbarous grandmother (Piroska Molnár) at the age of 13 when their father goes to war and their mother feels it’s no longer safe in the cities. Their paunchy grandmother, known by locals as “The Witch,” wears a scowl when she reluctantly accepts the boys into her farmhouse on a large plot of land outside a village. Her hospitality is not free, however, and the boys are forced to work long days on the farm while enduring her beatings in order to earn their supper.

In Guillermo del Toro’s “Pan’s Labyrinth,” the horrors of war are expressed through the eyes of a child that retreats to fantasy to avoid it. “The Notebook” is quite a different case. Spending their impressionable years in wartime calls for rapid maturity. The twins are inseparable, making every decision in silent conference with one another before providing an answer. They decide to undergo a “training of the soul” in order to defeat pain. They punch, insult, and spit on each other. They practice killing bugs so that they may be able to kill something larger should they have to. All the while, they never stop writing every detail of their experiences down in the notebook. As Hungarians in World War II, this isn’t a story of children hiding from the Nazi’s and escaping battle. Their ability to survive the war has nothing to do with the threat of a bullet but of starvation, cold, and capture. Food shortage, little money, and the harsh winter. This unique perspective illustrates a broader perspective of war – it’s not the axis or the allies that are the enemy but war itself.

While they are out of the battles, the twins cannot avoid witnessing the markings of history taking place around them. We see the war as they do. They come to know of the holocaust and racial prejudice by witnessing their friends turn into monsters, mocking the lines of Jews being marched through the village. Our historical reference is stripped away so that we may see the sight of a concentration camp through the eyes of the boys who don’t fully understand what it means. 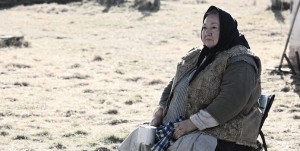 Piroska Molnár, The Witch, plays such a convincing role it’s difficult to accept she is a professional actress. There’s so much depth here, you feel she is a woman that really could live on this farm and call the boys “bastards” and drink grain alcohol by the liter. Molnár was recently given a Special Mention at the Chicago International Film Festival for “the subtle way she performed a monstrous character with great humanity.”

András and László Gyémánt, unnamed until the credits in which they are listed as “One” and “Other,” drive the film in what is startlingly their first performance. As boys entering adolescence, many adults try to take advantage of them. They aren’t asked to act so much as to live. Watching, listening, playing two extensions of a single performance. Their inseparable relationship is captured with the unmistakable cinematography of Christian Berger (“The White Ribbon”, “The Piano Teacher”), who brilliantly allows the twins to live inside the two-shot, leaving the single close-up of one or the other to the most emotionally demanding moments. Berger also takes advantage of an extra-wide 2.35:1 aspect ration to beautifully convey the still, flat expanse of country the boys live on.

János Szász directs “The Notebook” with characteristic melancholic gaze. Szász achieves a great pacing with this one, patient enough to allow you to soak in the atmosphere, but nimble enough to sidestep any downtime. You don’t often come by such an effortless achievement in which so many moving parts run perfectly in sync. “The Notebook” is the film to beat for our Best of the Fest award.

Taylor is a Chicago-based writer and aspiring film historian. He is the editor here at TFP, and has contributed to a number of international publications such as Cinema Scandinavia, PopMatters, and Room 101 Magazine. He can also be found listening to podcasts, researching topics he has little use for, or running after a city bus.
You might also like
ciffDiána KissPiroska MolnárWorld War II