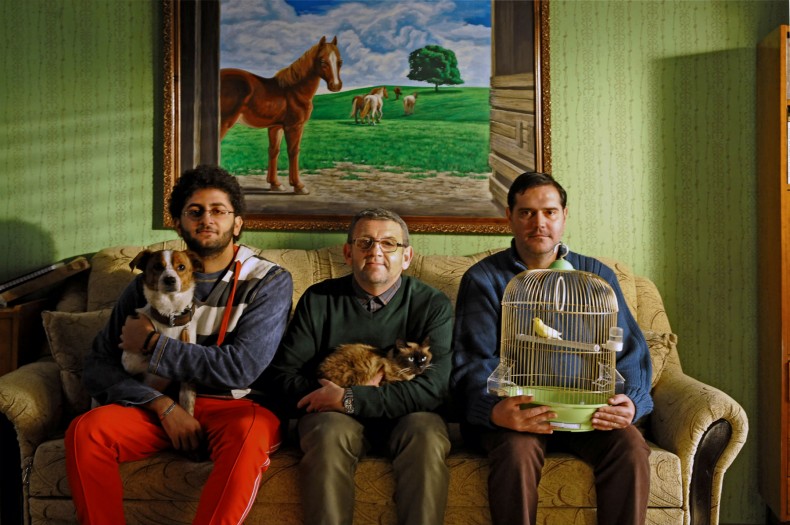 Romanian black comedy “Domestic” follows the daily squabbles of three families living in the same apartment block. While the casual observer may think the frequent arguing coming from their rooms is all about the people that live there, closer examination reveals that it is in fact the animals in their lives, both pets and livestock, that are disrupting their simple domesticity and driving their interaction with one another. The animals as are lost, found, treasured, and mourned – all at the detriment of their human counterparts.

Adrian Sitaru, director of acclaimed Romanian films “Hooked” and “Waves,” separates “Domestic” into a strict two-act structure, divided by a tragic, off-screen event that changes the relationship between the characters. Each handful of scenes in the two acts (titled “Death” and “Life”) play out over the course of one or two takes as the various families in the building engage in the kinds of typical ten-minute arguments that arise out of frustrations in other areas of one’s life. These single-shot scenes impressively capture interior environments by pointing out natural symmetry or the strange balance of a messy home. Long take technique is the perfect presentation tool for naturalistic comedy, but “Domestic” pulls a cruel trick by offering up its funniest, most interesting scene first. 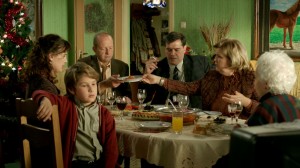 Mara (Ariadna Titieni), daughter of constantly bickering parents, is dared by her father to kill a hen her mother has purchased to butcher and eat. While the parents are arguing about the hen and the dare, Mara goes in and out of the bathroom that the hen is waiting in, considering whether or not to kill it. This initial scene is absurd, hilarious, and quirky in ways that recall Jeunet and Caro’s “Delicatessen,” but all of the fun flitters out shortly after the vignettes conclusion.

The rest of “Domestic” is never quite laugh out loud funny, nor does the drama work in the jumpy anecdotal structure. Without enough time to get to know the many adult characters, the impact of that mid-film tragedy doesn’t resonate. More importantly, this is the rare case of language barrier being a significant disadvantage. The dialogue is too fast for the subtitles to keep up and we’re forced to read key lines and summarizations! It’s very irritating to know that more is being said than what we are able to read, and it’s distracting to worry that the content is being diluted in order to allow English subtitles to be as brief as possible. As the characters rapidly speak over each other, it’s often difficult to even tell who is saying what line.

This isn’t an issue in the film’s native Romania, but from an English language perspective this aspect truly does hurt the quality of the film. With troublesome subtitle issues and unreliable screenplay quality, “Domestic” ultimately never made me feel much of anything. The presentation and general concept can be appreciated, but from a certain emotional distance.

by Taylor Sinople on October 14, 2013
Celebrated Second New Wave Taiwanese auteur Tsai Ming-liang brings what may be his final film to international festivals this year, and what a final film it is. “Stray Dogs” will be talked about with wide eyes. It takes a few hours of thought and a thesaurus for reference to even begin discussing this exhausting, beautiful, […]