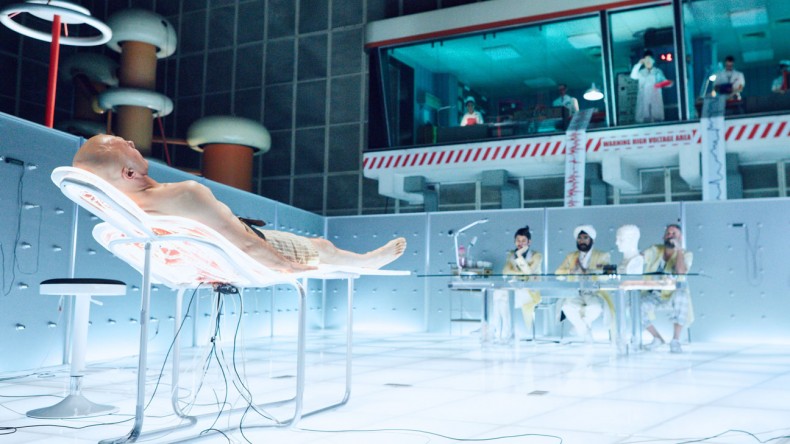 Visionary filmmaker Terry Gilliam – responsible for such hit-or-miss sci-fi epics as “Brazil,” “12 Monkeys,” and “The Imaginarium of Doctor Parnassus”- will release his 2013 film “The Zero Theorem” to UK audiences on March 14, 2014 (US release date still TBA). Gilliam returns to his much frequented near-future setting to revisit the type of colorful, visually explosive sci-fi stuff of the 90’s that just doesn’t get made anymore.

An eccentric and reclusive computer genius plagued with existential angst works on a mysterious project aimed at discovering the purpose of existence—or the lack thereof—once and for all. However, it is only once he experiences the power of love and desire that he is able to understand his very reason for being.

-via The Zero Theorem Official Site

by Taylor Sinople on August 17, 2014
"The Zero Theorem" brings together Terry Gilliam's bold imagination and Christoph Waltz's immense talent for a film that resonates as both a wildly fun watch and a though-provoking piece of science fiction.
Comments
Leave a reply
Add Comment Register

END_OF_DOCUMENT_TOKEN_TO_BE_REPLACED
Taylor Sinople Picks: The 16 Best Films of 2016
Form and Function in Alex Ross Perry’s “Queen of Earth&...
Digging for Fire and Unexpected: Husband and Wife Process Parenthoo...
Every Thing Will Be Fine 3D Review