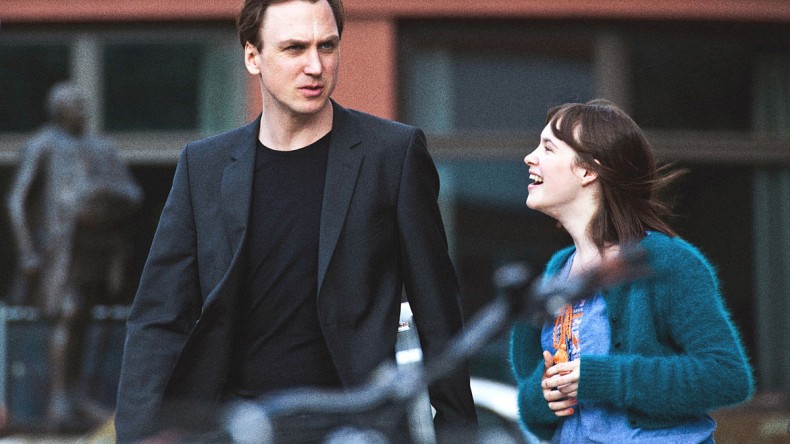 We are nearing the end of the Berlinale 2015. You can sense it all starting to wind-down and wrap-up. It’s the end of the shoot. It’s been strange, being a part of this enormous, dysfunctional family of critics. Most of all though, it’s just been very inspiring and encouraging to witness so much concentrated love of cinema first hand, not to mention the brand-new movies themselves! It’s not the trivial passing of judgment on any of them that really gets me excited, but the mere fact of getting to see them.

First up for me this morning was Dora or The Sexual Neuroses of Our Parents, an out-of-competition film I had been wanting to see for its intriguing title. A clever means of getting butts in seats, but also a pretty good film. It poses difficult questions, taboo subject matter head-on, and features fully-fledged complex human beings for characters (with the exception of a cardboard-cutout of an antagonist). It is about repression and disappointment, and promises unfulfilled. The difficulties of child-rearing and a mentally disabled teenager wanting a relationship and a normal life are explored in this highly unorthodox coming-of-age film, and apart from a bewildering final 15 seconds, it is an engaging film which takes rewarding risks.

Something Greenaway had said yesterday kept bouncing around in my head; that in ten years, people won’t go to the cinema to see movies anymore, they will only watch them in their homes or else at festivals like the Berlinale. This had me thinking most of the day about the very practice of seeing films in these enormous theaters will large semi-like-minded audiences and how nice it is to see movies this way – extremely concentrated, several films a day for several days in a row, as compared to roughly one film per evening or two at home with a friend or two. That is, when you see a good but reserved film in the latter context, it can easily be a disappointment, with its successes overshadowed by not fulfilling the needs of a satisfactory viewing experience. Meanwhile, in the context of a festival, I feel much more positive about film I might not have otherwise, as nothing is truly disappointing but instead just another interesting step along the way. That they are brand new films honored with the distinction of premiering here already makes them more satisfying.

I can’t entirely trust my own judgment of each film because I am viewing them in this back-to-back context; they are all thought-provoking and than standard multiplex fair, but it is impossible not to compare them to one another – Eisenstein in Guanajuato felt particularly fresh after Aferim! and This Great Furrowing… was a letdown after Body. Hence, I have a personal star rating for each film I have seen here, but have decided not to assign numbered ratings for my reviews, as they would likely – as Aronofsky suggested at the festival’s start – say more about my personal taste than the films themselves.

Next up was Sworn Virgin, a film screening in competition. For once, because I was relatively indifferent to it (nothing absolutely nothing about it apart from its title, not to be confused [I did] with Virgin Mountain, which screened out of competition). Wow, two titles with the word “virgin” in them, and just yesterday at the Eisenstein in Guanajuato press conference, the notion of virginity was raised by two different writers and Greenaway remarked that Russia lost its virginity during the revolution, and American finally lost its own on 9/11.

Sworn Virgin was certainly unexpected. What began as euro-art-house fare so standard it could almost be a parody went on to prove its worth as a film that knew how to let things slowly unfold to greatly dramatic effect albeit with restraint. Like Dora, it featured nudity from both sexes, hairy armpits as a single of strong femininity, and actor Lars Eidinger (someone I had never heard of until I saw him twice in the same day). Once again, and to my pleasant surprise, both films I saw today were by female directors.

After that I had planned to visit the Berlin Film Museum, which was free today, but only after 4pm. I had an hour to kill. I grabbed a coffee, and since I hadn’t had time to stop by all day, stopped by the press conference area (there are usually new magazines and promo fliers to check out). Wouldn’t you know it, I had stumbled upon the “Wim Wenders Homage,” a press conference in honor of his lifetime achievement award as well as the retrospective of his restored films playing at the festival, exactly on time. This was the greatest coincidence of the festival by far, and ended with me getting Wenders’ autograph. Wenders spoke about the restoration of his films by the Wim Wenders Foundation (of which he is essentially a “caretaker” but not the absolute person in charge), working with 3D cameras (which were unmovable dinosaurs when he shot Pina), finally finding his own personal voice with his fourth film, Alice in the Cities, and realizing during restoration of his early work that in every filmic endeavor, the memory of the human interactions and the process of filming overshadowed the films themselves as being vastly more important. With his soothing, relaxed cadence, he was pleasant to listen to – in German and English alike. When asked about unrealized dreams, he said one of his biggest dreams – unrealized because he doesn’t have the courage – is to make a comedy. Everyone laughed.

Finally, I stopped by the Film Museum, delighted to be let in for free. The museum is very specific in its tracing of German (with a capital G) film history, but it is thorough in this regard, encapsulating over a hundred years of it with a special focus on their early heydays – German Expressionism and the socially-conscious New Objectivity). My personal highlight was seeing a hand-written letter from Jim Jarmusch to Wim Wenders expressing his appreciation for Paris, Texas, calling it the most beautiful film he had seen in a long, long time and praising the excellent cinematography of their mutual collaborator, Robby Müller.

Oh and riding the U-Bahn home, I saw a funny typo in a video promo for the Berlinale: “Knights of Cups.”

END_OF_DOCUMENT_TOKEN_TO_BE_REPLACED
Taylor Sinople Picks: The 16 Best Films of 2016
Form and Function in Alex Ross Perry’s “Queen of Earth&...
Digging for Fire and Unexpected: Husband and Wife Process Parenthoo...
Every Thing Will Be Fine 3D Review