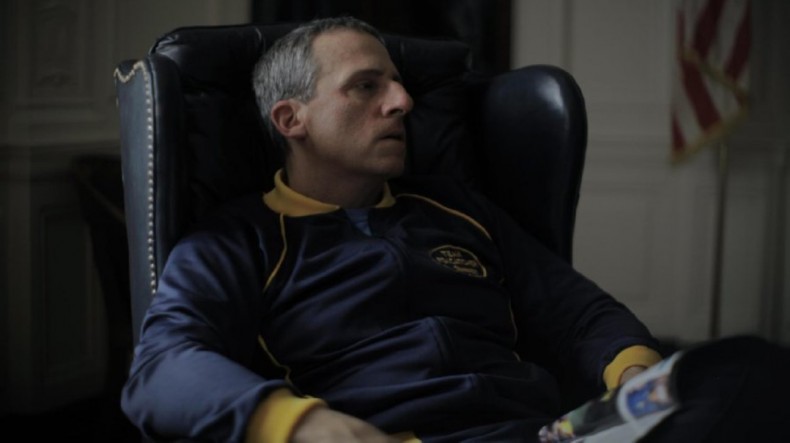 As the festival leaves weekend mode – where days are stacked, top to bottom, with great regional and international features – you may have noticed that I’m allowing myself to decompress a bit by starting my days with a shorts program. Today, that program included an honourable mention for the Best Atlantic Short award, “The Ox.” Directed by Ben Proudfoot, it tells the story of self-professed outcast Erin Hollenbeck, who has dedicated his life to woodworking and uses his passion to help guide others. It’s wonderfully photographed and Hollenbeck is a captivating speaker. The short is available on Vimeo, along with “Ink & Paper,” Proudfoot’s entry for last year’s festival.

The Oscar buzz reached a fever pitch in the hallways of Park Lane Theatres after my next screening, Bennett Miller’s much-hyped “Foxcatcher.” Maybe it’s the high expectations talking, but I was slightly underwhelmed. That isn’t to say the film isn’t good – in fact, it’s better than good. I’d go so far as to say that it stops just short of the greatness that I was preparing for, in every aspect but the performances. I thought I would have significant trouble separating a heavily-prostheticed Steve Carell from his character, but after one scene of staring into his chillingly dead eyes, he was practically invisible. Mark Ruffalo and Channing Tatum also turn in excellent work, including some impressive wrestling skills that pleased my inner grappler. 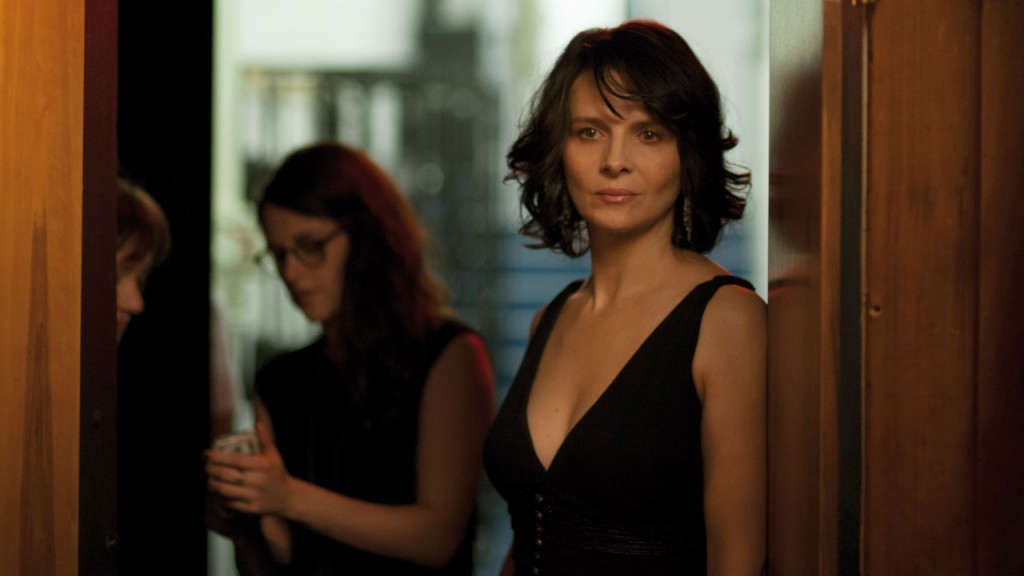 Juliette Binoche stands head and shoulders above anything else in “The Clouds of Sils Maria.”

Great performances in a nearly great movie gave way to a great performance in a movie that left me almost completely indifferent. Juliette Binoche retains her usual elegant command of the screen in “The Clouds of Sils Maria” from Olivier Assayas, but the film didn’t offer much else to cling to. The narrative-cum-meta-narrative, in which Binoche plays an aging actress who can’t come to terms with a new role and co-star (Chloë Grace Moretz), sounds fascinating and rich for exploration. Unfortunately, the execution of the ideas felt deliberate and guided in a way that disengaged me. It was like only reading the highlighted sections on a page of text – there may be more to see, but I felt encouraged to skip it.

Other festival word-of-mouth: Mark Ruffalo pulled a successful dramatic double-punch as “Foxcatcher” was followed up with the moody “Infinitely Polar Bear,” and “This Is Where I Leave You” was a delight during its comedic moments, but overbearing in its drama… yup, sounds like family.

Zack is a software developer from Halifax, Nova Scotia moonlighting as a cinephile - until the weekend, when those roles reverse. He can often be found thoughtfully stroking his beard or thoughtfully stroking his cat. Despite remaining in the sitting position almost exclusively, he occasionally makes time to be bent into other shapes during jiu jitsu practice. You can aggresively shout your opinions and objections at him via Twitter or in person (anywhere beer is served).
You might also like
AFFChanning TatumChloë Grace Moretzfoxcatcher

by Zack Miller on September 15, 2014
Today was it: the big day. I may have soldiered through six screenings on day three, including an impenetrable and self-satisfied Godard, but day five boasted the most leg-numbing film of the festival: Nuri Bilge Ceylan’s 196-minute Palme d’Or winner “Winter Sleep.” I decided to ease myself in with a repeat screening of some short […]
comments
Leave a reply
Add Comment Register