Africa in Cinema: Somalia and “Black Hawk Down” 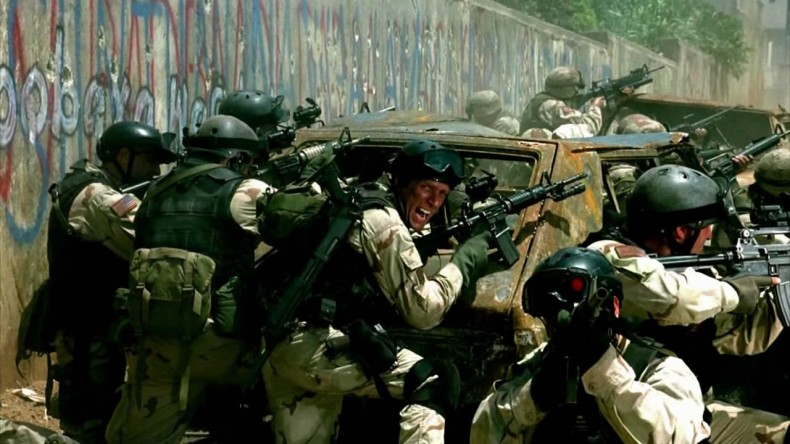 When one thinks about Africa, it isn’t film that first springs to mind. Indeed, the first impression might be that large sections of the continent are either too poor or too unstable to support a film industry, let alone one that thrives as thoroughly as Nollywood, Bollywood, or Hollywood. The impression might be that, outside Nigeria and South Africa, there simply isn’t enough material to justify a film industry. This impression goes doubly for Somalia.

Indeed, what is most commonly known about Somalia? Its most recent appearance in blockbuster film was in Captain Phillips, a film in which Somalis were shown as brutal pirates. Before that, there was Black Hawk Down, a film set in Mogadishu and about Americans fighting their way out of a city gone mad.

These are the images that the West has of Somalia. They are images of war, destruction, poverty, and brutality. This is not to say that they are wrong, as such. Let’s not pretend that Somalia is a paradise on Earth or that everything is fantastic there. However, there is more to Somalia than these types of films might present.

As an example, consider the Somali-made film Geedka nolosha. Made in 1987, this film, too, takes on what it sees as the death and destruction of Somalia. Here as well, the villain is a man-made one, namely deforestation and desertification. A man goes to cut a tree, but upon doing so, finds that his village is consumed by the desert. He then elects not to cut any more trees. It’s a film that has a clear message about what people ought to do, but also a clear message that people are the arbiters of their own fates. There is a reason behind what is being done, and there is a reason for the consequences. In this case, the man cuts the tree to get firewood and build a new house. He stops because he recognises the consequences of what he’s doing and doesn’t want them to happen.

Compare this to Black Hawk Down, a film that is equally pessimistic about the future of Somalia. In this film, American forces seeking to stabilise Mogadishu try to capture the head warlord, Mohamad Farrah Aidid, but instead find themselves shot down and pinned down by Somali forces that they had underestimated. Eventually, they are freed in an infernally long gunfight, and when UN forces come to their rescue.

It may seem unreasonable to compare Geedka nolosha to Black Hawk Down. After all, there are fifteen years and millions of dollars between them. However, both are depictions of life in Somalia. Both are meant to give a voice to Somalia on an international stage. Both are pessimistic looks at the future of this country. Both are films about Somalia and about Somalis.

The key difference between the two is not budget or plot or genre. The two films are more similar than one might initially think. The key difference is in how they choose to depict the people they are about, and how they choose to depict the enemy. In the case of Geedka nolosha, Somalis make bad decisions, but at the same time, they learn from them, and ultimately seek to do good. They want to see the world be a better place. Black Hawk Down graces the audience with the line that “there will always be killing, see? This is how things are in our world.” It presents a Somalia hell-bent on its own destruction, not because of external forces or pressures, but because this is simply what Somalis – or, perhaps, even Africans in general – do. They are, according to Black Hawk Down, people interested solely in violence, unable to save themselves because of their own propensity to barbarism. They require outside assistance because of their incapability of saving themselves.

This is the image seen time and time again in films about Africa made from a non-African perspective. Hotel Rwanda, for instance, seeks to tell the story of one man protecting a group of his fellow Rwandans against the genocide. What it does instead is tell the story of non-Africans feeling guilty and eventually sending help. It’s even inherent in documentaries like God Grew Tired of Us with its call for US intervention in Sudan. This image is problematic.

The thing that lies at the heart of the quote from Black Hawk Down is that this is one of the few lines given to Somali characters. The vast majority of this film focuses on American soldiers shooting down people as if they were particularly mobile targets. When another perspective is finally shown, its entire purpose is to fully vindicate the brutality and violence seen earlier throughout the film by saying that it’s necessary if Somalia is ever to be stabilised.

To be clear, this is not to say that this should have been a film about the Somalis being shot in Mogadishu. There is nothing inherently wrong with making a film about American soldiers in war. The problem comes in when the only image that is ever shown of those who are not American or European is one of people so hell-bent on their own destruction that they themselves must be violently destroyed in order to be saved. The problem is in presenting gore and brutality as a replacement for history.

Earlier I said that the image presented in films like Black Hawk Down is problematic. A more accurate wording might be that this image is racist. There is a way to depict struggles in Africa without delving into racist caricatures of people and their struggles. Films like The Last King of Scotland, while still relying on the idea that it’s white Europeans and Americans who make things happen, are also careful to show that Africans have agency and intelligence and the capability to make decisions without needing someone else to point the way. Black and White in Color, too, shows subjugated Africans who remain aware and fully capable of making their own decisions, even in cases where they don’t necessarily know or understand what’s going on.

These are films that treat non-Americans and non-Europeans as people rather than as entities that see violence as the rule of existence. They show that it is entirely possible for a film to have a European perspective but not be entirely racist.

The overall point with the comparison between Black Hawk Down and Geedka nolosha is simply this – there are ways to make a film about Africa, the African experience, and events that take place in Africa without needing to devolve into dehumanisation. Geedka nolosha is extremely pessimistic about Somalis’ actions, but yet treats their decisions with respect. Black Hawk Down does not.

What matters most, though, is the fact that the depiction of Africans in major films like Black Hawk Down and Captain Phillips matters. For many, these depictions reinforce pre-existing stereotypes about Africans and the idea that Africa is a continent incapable of saving itself. Indeed, it is thanks to these sorts of films that this is the sole image of Africa that exists in the general conception of the continent. With this idea of Africa as a continent that needs saving comes the idea that there is a right – if not an obligation – to act in Africa. With this idea comes public support for interventions that kill more people than if perhaps there had never been action in the first place.

Black Hawk Down ends with a note that, during the raid, over a thousand Somalis died, as did 19 Americans. It proceeds to list the names of the 19 Americans, making the clear statement that it is these names, not the names of the civilians or anyone else who died that matter. It cements the complete and unnecessary dehumanisation that is Black Hawk Down. There is no need for this. One can make a good war movie without the utter dehumanisation of the opponent, and one can depict a continent without consistently dehumanising every person on it.

What is perhaps most depressing of all is that American films are exported around the world, including to Africa. When they reach these audiences who are then treated to representations of themselves being shot without ever really delving into why, the reaction is unlikely to be cheers. Instead, much as the consistent dehumanisation of Africa creates a skewed and unfavourable image of Africans, so too does it create a skewed and unfavourable image of Americans for Africans. What films like Black Hawk Down succeed in doing is engendering a racist culture and furthering misunderstandings that can be so easily avoided.

Black Hawk Down is a terrible film. It’s terrible not because it chooses to take a non-African perspective when depicting Africa, but because it chooses to do so in a way that dehumanises and caricatures precisely the people it purports to represent. This is a consistent trend in film, and it is a harmful one. It is also entirely unnecessary. The lesson to be learned from comparing Black Hawk Down and Geedka nolosha is not that Africa is a terrible place, but that there is a right and wrong way to depict life and struggles there. Geedka nolosha shows Somalis as people. Black Hawk Down instead chooses to represent them as exploding bags of meat, incapable of anything more than hooting and shooting.

(All Features), Essays, Features, Issue #32
About the Author
Janneke Parrish

END_OF_DOCUMENT_TOKEN_TO_BE_REPLACED
Taylor Sinople Picks: The 16 Best Films of 2016
Form and Function in Alex Ross Perry’s “Queen of Earth&...
Digging for Fire and Unexpected: Husband and Wife Process Parenthoo...
Every Thing Will Be Fine 3D Review