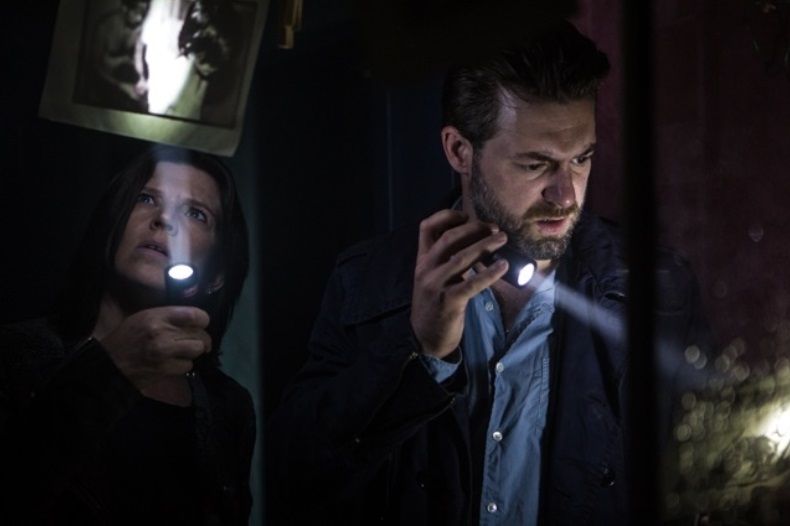 Very rarely does one come across a film that sticks with you for days after watching. Most films can be watched in a few hours and forgotten in a few more, nothing about them leaving any particular impact other than a vague memory. Generally, those that do stick with a viewer are spectacular in some way, be it through their message, their visuals, or the sheer spectacle of them.

This is what makes “De Behandeling” so fascinating. Visually, it isn’t particularly outstanding. It looks and feels much like many of the other films in its genre. Indeed, its plot is completely generic; it’s the story of a police officer named Nick Cafmeyer (Geert van Rampelberg) investigating a pedophile ring while dealing with his own complex past. It’s a story that’s been told before and which will be told again.

The cinematography, too, is largely generic and right for its genre, but nothing spectacular. In the first half of the film, the editing is a bit choppy, making the film feel like it’s moving faster than it is. The second half showcases some interesting shots, but largely sticks to either shaky cam or just following the protagonist around. None of it is a grand spectacle, and none of it really sticks out as particularly extraordinary.

One clue as to what makes it stick out, though, is van Rampelberg’s very expressive acting. The man does an excellent job conveying his characters moral dilemmas and horror as he experiences what exactly has been going on. This expressive acting also makes the manic and haphazard way in which he goes about investigating the children’s disappearances more believable; he goes out on his own not because he’s a rogue cannon, but because he is that dedicated to finding out the truth.

What lies at the heart of this film – and what makes it memorable – is not so much its story or shot composition. These are both generic and could be found in any one of a dozen other films. What makes it stick with the audience is not what it says, but what it doesn’t say. “De Behandeling” doesn’t lay out what its characters are feeling or even what they’ve done. It is content to trust in its actors’ abilities to convey emotion and convey the story through expressing themselves. While the story itself is one that has been heard before, the actors’ suffering during it makes it utterly believable. There is no need to say what effect abuse, torture, and sexual mutilation have had on these characters – it’s clear in their every movement and every expression.

It is perhaps because of this expressive acting that the film and its content become more disturbing than expected. Not to labour the point, but the story isn’t a new one. There have been stories about child abductions and pedophiles for decades. However, what “De Behandeling” succeeds in doing that these other films have not is making the horror believable and making the responses to it believable. The police officers face it both with professionalism and horror, combining the two brilliantly. The victims have confusion, horror, and disbelief. All of it works, and all of it conveys emotion perfectly.

Despite the unoriginality of the plot and the shots, they are still well-put together. It’s a very well-made film, conveying emotion both through the actors and through lighting and shots, everything weighed down with what the characters are experiencing. Coupled with the faith in the actors, though, and the willingness to let the script speak without being blatant, the film comes together brilliantly, creating a tight, suspenseful film that sticks with the audience for days afterwards.

END_OF_DOCUMENT_TOKEN_TO_BE_REPLACED
Taylor Sinople Picks: The 16 Best Films of 2016
Form and Function in Alex Ross Perry’s “Queen of Earth&...
Digging for Fire and Unexpected: Husband and Wife Process Parenthoo...
Every Thing Will Be Fine 3D Review