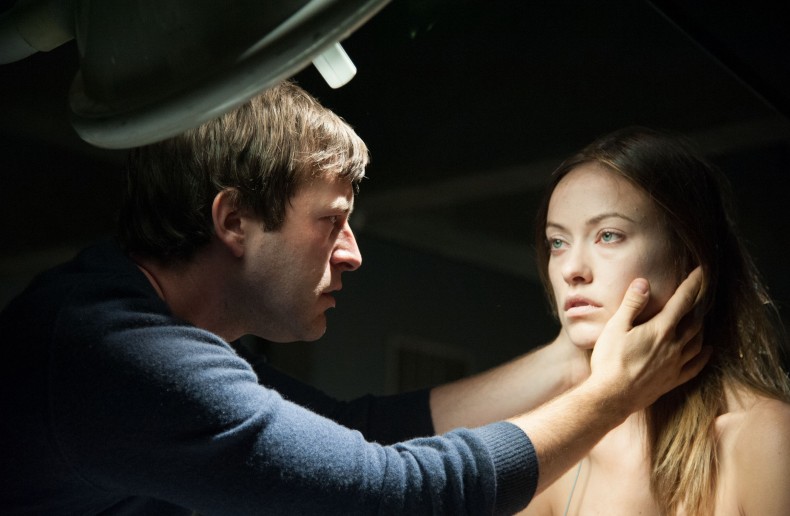 Although The Lazarus Effect has a very strong first half, it quickly devolves into a subpar horror thriller, led by an overqualified cast with an underdeveloped script.

In a UC, Berkeley medical lab, a group of ambitious scientists thinks they may have, through a miraculous serum, invented the cure for death. Frank (Mark Duplass), the team leader, is accompanied by his wife Zoe (Olivia Wilde), and their two associates, chain-smoking Clay (Evan Peters), and Niko (Donald Glover), who is secretly in love with Zoe. The project, dubbed Lazarus – a nod to Saint Lazarus, who was resurrected to life by Jesus four days after his death – is controversial for obvious reasons, but the scientists have agreed to let one of the university’s film students, Eva (Sarah Bolger) film their experiments.

When their grant is compromised by a rival company who buys out their primary benefactor, the team is forced to take drastic measures by filming their experiment and proving, beyond a shadow of a doubt, that they are the serum’s creators. With a comprehensive knowledge of the property, they’re able to sneak into the laboratory undetected. But when a freak accident kills Zoe, Frank must use the serum to bring her back to life, regardless of what the consequences may be.

Directed by Jiro Dreams of Sushi helmer David Gelb, The Lazarus Effect is, on paper, a very strange career move for the director, who has worked almost exclusively on documentaries for the entirety of his career. But this Blumhouse-produced horror flick is much more substantial than one might thing…at first. In its opening forty minutes, The Lazarus Effect presents a number of compelling arguments about the debate between science and religion, as well as the nature of documentary filmmaking, before throwing that out the window at the halfway point in favor of cheap scares and a screeching halt of any character or theme-related development.

But back to that first half. Watching The Lazarus Effect, it becomes obvious that a filmmaker like David Gelb would want to tackle this project. For most of those opening 40 minutes, Gelb takes an opportunity, visually and through the dialogue, to comment on the importance of documentary filmmaking and how, even in death, the film will survive. Eva is crucial to the development of this film, and it makes sense that she ends up being the “last one standing,” but the horror aspects of The Lazarus Effect begin to feel like an arbitrary addition instead of functioning as a means to further develop these themes, like they should.

Alternately, the film struggles with the idea of science versus religion, and how these debates creep into domestic situations and ultimately have the power to tear couples apart. In these scenes, Mark Duplass and Olivia Wilde give strong performances as a couple in distress. While Frank is too blinded by his own God complex to realize that he’s neglecting the person he loves, Zoe is trapped in a life that obligates her to atone for a sin she committed as a child. The two of them do what they do for completely different reasons, and the film is at its best when it lets this drama fester within the characters, whether it be spoken or silent.

However, The Lazarus Effect is ultimately too inconsequential to make much of an impact. It refuses to properly answer any of the questions it asks, deciding instead to try and distract its audiences with lame jump scares and a cacophonous sound design that’s more irritating than it is scary. Evan Peters is uniformly charming as the group’s misfit genius, while Donald Glover is enjoyably low-key but feels like the group’s intellectual weak link based on the sole fact that he’s not given anything to do except pine for Zoe in a subplot that’s undercooked and ultimately unresolved. By the end, The Lazarus Effect’s unsurprising twist ending isn’t satisfactory, and serves as a lame reminder that Gelb’s feature narrative debut could have, and really should have, been so much more.

Josef Rodriguez is a writer, filmmaker, and musician living in New York City. He is often labeled as "that guy who didn't love Boyhood" and he finds himself liking Harmony Korine films more than he likes his own friends. When he's not stressing over turning in reviews on time, Josef can be seen playing guitar, watching "Spring Breakers," or trying to write the next great American movie.
You might also like
Mark DuplassOlivia Wilde

by Zack Miller on July 6, 2014
I’ve openly stated before that I don’t like Melissa McCarthy, but that statement needs revising: I don’t like Melissa McCarthy roles. She has great timing and her range is spectacular, but she consistently squanders her talents on stale variations of the same loud, schlubby character. Call it Jonah Hill syndrome. Despite my distaste for her […]

by Taylor Sinople on May 18, 2014
"The One I Love" is a smart and unique twist on romantic comedy that shows promise for director Charlie McDowell despite a disappointingly conventional ending.
Comments
Leave a reply
Add Comment Register

END_OF_DOCUMENT_TOKEN_TO_BE_REPLACED
Taylor Sinople Picks: The 16 Best Films of 2016
Form and Function in Alex Ross Perry’s “Queen of Earth&...
Digging for Fire and Unexpected: Husband and Wife Process Parenthoo...
Every Thing Will Be Fine 3D Review