Review: The Internet’s Own Boy: The Story of Aaron Swartz 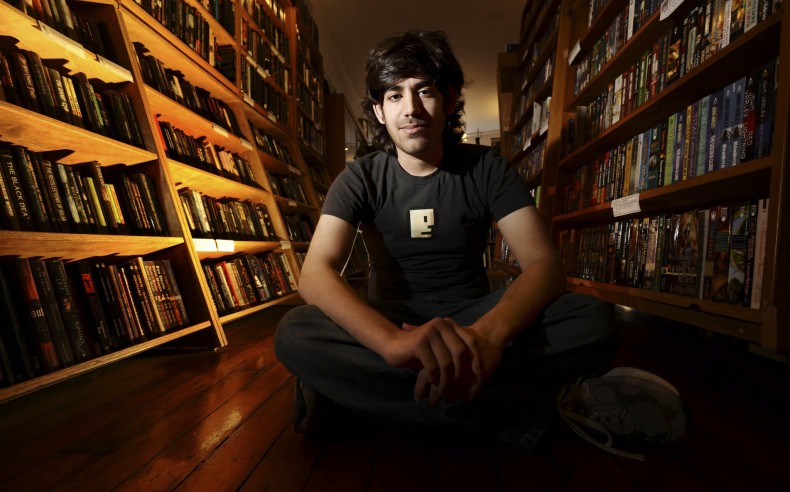 "The Internet's Own Boy: The Story of Aaron Swartz" is an emotional roller coaster that adeptly chronicles the tragedy and triumphs of its subject's life while exploring deeper themes of government corruption and political activism.

“The Internet’s Own Boy: The Story of Aaron Swartz,” director Brian Knappenberger’s documentary chronicling the life and death of the titular subject, has been one of the most talked-about documentaries of the year since its premiere at the Sundance Film Festival in January. Swartz is undoubtedly best known to the general public as one of the “co-founders” of the hugely popular website Reddit, which has brought every conceivable corner of the Internet together at one place since it’s conception in 2005. But in reality, Swartz was one of the most important technological figures of the 21st century for his multiple contributions to the development of the World Wide Web: RSS format, Markdown markup language, the idea of user-editable online encyclopedias, and Creative Commons rights licensing are just a few of the concepts in which Swartz played a major role in bringing to prominence.

The film explores not only Swartz’s life and accomplishments, but also the political and social issues that he championed as one of the most prominent “hacktivists” of his time. Knappenberger also investigates the 2011 federal case against Swartz, in which he was made an example out of by the U.S. government as a deterrent for similarly-minded hackers and Internet activists. The film considers the role that prosecutorial bullying played in Swartz’s decision to take his own life in January 2013, cutting tragically short the life of one of the brightest minds of his generation.

As a political activist, Swartz became one of the leading figures of the “open access” movement, which called for academic and government documents to be made available to the public at-large, free of cost and with no restrictions or limitations. Even after his arrest in 2010 for the theft of hundreds of thousands of academic documents belonging to digital publisher JSTOR that were being stored on an MIT server, Swartz continued fighting for an open and free World Wide Web. His Open Access Guerilla Manifesto, which outlined the intents of the movement, has since become an inspiration for political and social activists of all kinds. Through his organization Demand Progress, he was instrumental in raising public awareness against SOPA and PIPA, the proposed bills that would have made it possible for corporations to shut down entire websites based on just one complaint of copyright infringement, and his influence eventually led to the bills, which were almost sure to pass through Congress, being dropped from consideration.

As the federal case against Swartz pushed on, more charges were brought against him, and by September 2012 he was facing 50 years of jail time and a fine of $1 million, charges which were maximised in an effort to make an example out of him and send a message to other aspiring “hacktivists.” Believing that a felony conviction would derail his political aspirations, Swartz refused to take a plea deal, and with calls to both JSTOR and MIT to publicly denounce the charges met unheeded, Swartz hanged himself in his Brooklyn apartment on January 11, 2013, at the age of 26.

Knappenberger, who also wrote and directed the 2012 documentary “We Are Legion” about the “hacktivist” group Anonymous, presents more than just an account of Swartz’s life and death, though. The film has clear political motives, painting a vivid tale of government corruption, over-prosecution, and the importance of civil disobedience in the 21st century. The anti-establishment tone of the film may serve to alienate some viewers whose political views may not correspond with Swartz’s or his colleagues. These are causes to which Swartz dedicated his life, however, and downplaying the role that politics had on his career would have been a disservice to his life and the purpose of his death.

The ultimate tragedy of the fall of Aaron Swartz, which Knappenberger captures beautifully in “The Internet’s Own Boy,” is that he became a victim of the very injustice and corruption he fought so diligently against: Despite the relative harmlessness of his crime, his case was pulled into a whirlwind of political aspirations of prosecutors and the will of the federal government to quash what they deemed as a security threat posed by Swartz and other “hacktivists,” such as the guerilla group Anonymous. His friends, family, and colleagues describe how he and those close to him were stalked by the FBI and the Secret Service leading up to and after his arrest, and how prosecutors bullied and tricked their way into getting them to release information during the investigation. That the federal government can treat its own citizens in such an abhorrent way is infuriating, and one can’t help but feel as though Swartz’s death could have been avoided if his case had been handled more responsibly. That’s certainly the idea presented in this film, at the very least.

However, “The Internet’s Own Boy” doesn’t just focus on the tragedy of Aaron Swartz’s life. The documentary is a roller coaster of emotion which has it’s highs as well: The defeat of SOPA and PIPA is a particularly inspiring moment in the young man’s life, one which has had incalculable effect on the culture of Internet politics since then. Swartz, by raising public awareness against the unjust bills and urging people to take action to stop their passage, demonstrated that democracy still works at its most basic core: The people still have the power to influence and affect the actions of their representative government, even at a time when red tape and bureaucracy seem to grind the political process to a halt more often than not.

Indeed, the film serves as much as a cultural commentary as it does a biographical record, drawing the viewer into the themes of freedom to knowledge, political activism, and government corruption that dominated the last part of Swartz’s life. “The Internet’s Own Boy” serves as a reminder of what can happen when people allow their government to gain too much power over them. If there’s one thing that can be learned from Swartz’s all-too-short life, it’s that civil disobedience and peaceful protest are still effective and proactive ways for the citizens of the United States to make their voices heard.

Ultimately, “The Internet’s Own Boy” is one of the most powerful films of the first half of 2014. As much a call to action as it is a chronicle of Swartz’s life, the film combines interviews with family, friends, and colleagues with archive footage from throughout his subject’s life to tell a complex and detailed story in a non-confusing way. Knappenberger isn’t trying to redefine the documentary form with this film, but he doesn’t have to; Swartz’s life and times are more than interesting enough to carry the piece without unconventional structure or flashy stylistic choices. In fact, straightforward narration and linear plot presentation is probably the best way to gather all of the many aspects of Swartz’s story into a cohesive and understandable documentary that grips the viewer both intellectually and emotionally.

Swartz himself may have fallen victim to the very forces from which he was fighting to protect himself and the public, but the legions of protesters and activists that he has inspired will ensure that he did not die in vain. Add that to the contributions that he made to the Internet that are used by millions of people every day and his efforts to make freely available academic information that is helping researchers make medical breakthroughs, and Aaron Swartz will surely be considered one of the most important political activists of the 21st century. “The Internet’s Own Boy” pays fitting tribute to an influential figure who will inevitably become a martyr for all those who feel oppressed by unjust and overbearing laws.

Tyler is an aspiring filmmaker and lover of all things film. When he isn't obsessing over film, Tyler can be found working, taking minimal breaks for nourishment and that oft-desired and seldom-obtained miracle known as sleep. He resides in Columbus, Ohio.
comments
Leave a reply
Add Comment Register

END_OF_DOCUMENT_TOKEN_TO_BE_REPLACED
Taylor Sinople Picks: The 16 Best Films of 2016
Form and Function in Alex Ross Perry’s “Queen of Earth&...
Digging for Fire and Unexpected: Husband and Wife Process Parenthoo...
Every Thing Will Be Fine 3D Review