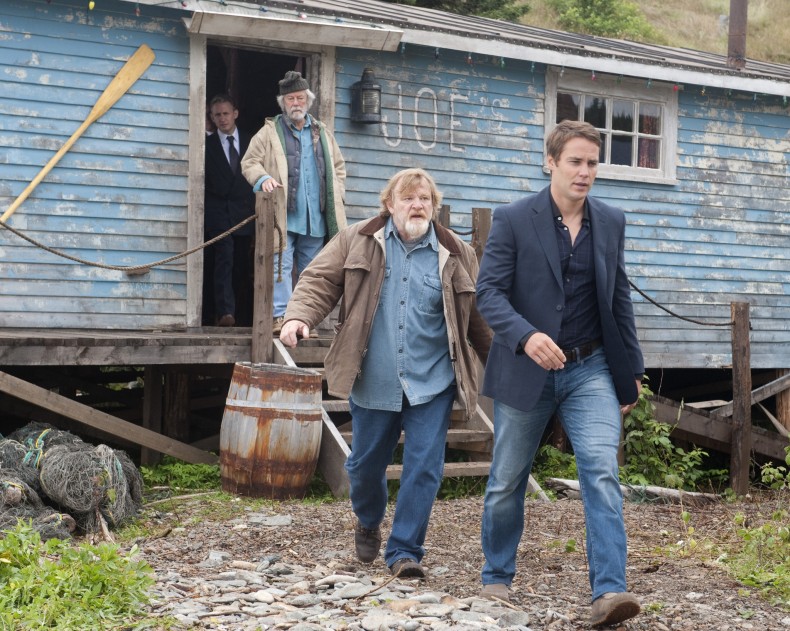 Even if you’ve never been to the east coast of Canada, you’re bound to find something to enjoy in the dose of rural amusement served up by “The Grand Seduction."

Canadian Prime Minister Stephen Harper has gone on record several times speaking about an alleged attitude of defeatism in my home region of Atlantic Canada, so I was excited when I heard about a film that might challenge that perception.

Set in a Newfoundland fishing community as small as they come – as one character points out, “It’s not a village, it’s a harbour.” – “The Grand Seduction” is a remake of a Québécois comedy with not much altered aside from the cast and the location. The town in question has financially dried up and, with all the residents relying on welfare cheques, they hatch a plan to entice a big-city doctor to come and live there so that an oil company will agree to build a factory and people can finally get back to work. Brendan Gleeson leads the charge as the mayor of Tickle Head and Taylor Kitsch stars opposite as the much-desired physician.

The choice to move the action from Quebec to the Maritimes is a significant one, and one that I hoped would aid in a rebuttal of Harper’s claims. Director Don McKellar and writer Ken Scott (who also penned the original “La grande séduction”) mostly succeed; the tenacity of the inhabitants as they refuse to take no for an answer displays a sense of hometown pride that was instantly recognizable. The familiarity didn’t end there, either: the production design and commendable photography also pay knowing tribute to the peculiar beauty of small-town life in the eastern provinces.

Gleeson has charming chemistry with Kitsch and native Newfoundlander Gordon Pinsent, and their delivery is well timed to get the most laughs out of some occasionally predictable jokes. The film also makes good use of visual gags, even if a few are revisited one too many times. If any part of the script is lacking, it’s in the development of plot and character. The story knows where it needs to go but not always how to get there, so superfluous moments of slapstick or caricature are used to tie together the bigger scenes or expose the next plot point. There have also been complaints of an underused romantic subplot, but in the current filmmaking climate that may be more of a strength than a weakness.

Nevertheless, my entire theatre audibly enjoyed the whole ride. As I sat down before the start of the show, I heard people in the rows behind me introducing themselves and offering seats and snacks to each other. It was a touch of the kind of warm-hearted pleasantry that this area is known for, and it’s the same atmosphere that “The Grand Seduction” was able to tap into for a genuinely pleasurable, homegrown experience.

Zack is a software developer from Halifax, Nova Scotia moonlighting as a cinephile - until the weekend, when those roles reverse. He can often be found thoughtfully stroking his beard or thoughtfully stroking his cat. Despite remaining in the sitting position almost exclusively, he occasionally makes time to be bent into other shapes during jiu jitsu practice. You can aggresively shout your opinions and objections at him via Twitter or in person (anywhere beer is served).
You might also like
Brendan GleesonTaylor Kitsch

by Taylor Sinople on August 10, 2014
The must-see performance from Brendan Gleeson aside, "Calvary" also offers smart, pitch black comedy and a unique structure.

by Taylor Sinople on June 1, 2014
Doug Liman directs Tom Cruise in “Edge of Tomorrow” – a first-rate action sci-fi blowout that’s as fun-spirited as a summer blockbuster should be and smarter than most to boot.
Comments
Leave a reply
Add Comment Register

END_OF_DOCUMENT_TOKEN_TO_BE_REPLACED
Taylor Sinople Picks: The 16 Best Films of 2016
Form and Function in Alex Ross Perry’s “Queen of Earth&...
Digging for Fire and Unexpected: Husband and Wife Process Parenthoo...
Every Thing Will Be Fine 3D Review