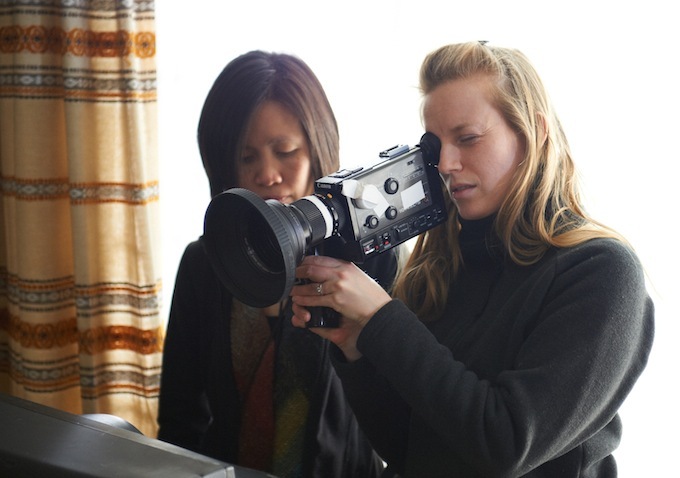 As stories are passed along, they become more and more filtered as they are warped and altered by those that share in its retelling. Subsequently, personal narratives are somewhat untrustworthy. People choose to remember the good times, or the bad. In Sarah Polley’s hyper-personal documentary, “Stories We Tell”, the inherent truthlessness of personal stories is put to the test as she attempts to use the collective memories of her siblings and others to paint a portrait of her mother’s life. It is a powerful, touching domestic puzzle that is a pleasure to see come together, and a must-see documentary.

The need for this project comes from Sarah’s inability to have fully understood her mother – she died when Sarah was still a young girl. What’s left are the stories. Complex, vague stories that depict her mother, Diane, as an exceedingly outgoing, charismatic beacon of life. But Sarah knows that there are other stories, too; ones that aren’t being told. She knows that there are secrets in her family, and through the recollections of her older brothers and sisters, and other family friends she attempts to connect the web of perspectives to reach the truth.

You see, she suspects the legitimacy of her father’s biological relation to her. Along the way, she uncovers several revelations that actively shape the direction the documentary heads in as she revises her thesis and goals with the film.

These secrets are for the viewer to discover, but what is really so fascinating about this film is that her story is not exceptionally unique in any way. It is the presentation that makes the film such a triumph. Sarah is as hands-on as a documentary filmmaker can be in the production of “Stories We Tell”. The narration for the film is spoken by Michael Polley, Sarah’s father. Rather than the traditional audio overlay of this narration, Sarah chooses instead to film her father reading the words into the microphone while she listens in the booth – a sort of interrogation.

Supplementary to the interviews are photographs and old home movies of Sarah’s family before and after Diane’s death. Initially, it seems Sarah’s family shot an enormous amount of home videos. At some point though, the archival footage is so specific to the story that you question its legitimacy, too. This is just another of the film’s absorbing mysteries to be unraveled.

Sarah Polley got her start as an actress – playing small roles on Canadian television before appearing in larger U.S. films (“Splice”, 2004’s “Dawn of the Dead”). In 2006, Polley directed her first narrative film “Away from Her” for which she earned an Academy Award nomination for her adapted writing. In 2011, she wrote and directed “Take This Waltz” starring Michelle Williams and Seth Rogen. “Stories We Tell” is her first documentary, and you get the feeling it exists as the only way that she is able to explore the clouded waters of her parents’ past. The film is presented through the gaze of a daughter, and we share in the bizarre experience of realizing your parents had lives more complex and involved than you could have possibly imagined as a child.

Emanating a certain warm kindness and authenticity, “Stories We Tell” is a fascinating document of the characters we play in our lives, the narratives families construct, and the impact of truth. It’s a film about how information can change everything – or nothing, and is exemplary cinematic escapism.

Taylor is a Chicago-based writer and aspiring film historian. He is the editor here at TFP, and has contributed to a number of international publications such as Cinema Scandinavia, PopMatters, and Room 101 Magazine. He can also be found listening to podcasts, researching topics he has little use for, or running after a city bus.
You might also like
documentarystories we tell

by Maximilien Luc Proctor on November 16, 2014
An elegant inside-look at one of the most important events of the 21st century, "Citizenfour" is unmissable.

by Adil Sylqa on June 15, 2014
Past genocide in the Far East stormed into the limelight last year with Joshua Oppenheimer’s groundbreaking documentary feature “The Act of Killing,” but there was another great documentary to come out of Southeastern Asia in 2013. Just across Indochina, in Cambodia, Rithy Panh’s “The Missing Picture” won the Un Certain Regard prize at the Cannes Film Festival and was short-listed for […]

by Taylor Sinople on July 1, 2013
The sheer size of killer whale Tilikum (nearly 22-and-a-half feet long and weighing six tons) isn’t what makes him unique. The orca currently kept in captivity as a daily performer at SeaWorld Orlando, Florida has become notorious for another reason – bloodshed. While there have been no reported incidents of a killer whale attacking a […]
comments
Leave a reply
Add Comment Register

END_OF_DOCUMENT_TOKEN_TO_BE_REPLACED
Taylor Sinople Picks: The 16 Best Films of 2016
Form and Function in Alex Ross Perry’s “Queen of Earth&...
Digging for Fire and Unexpected: Husband and Wife Process Parenthoo...
Every Thing Will Be Fine 3D Review