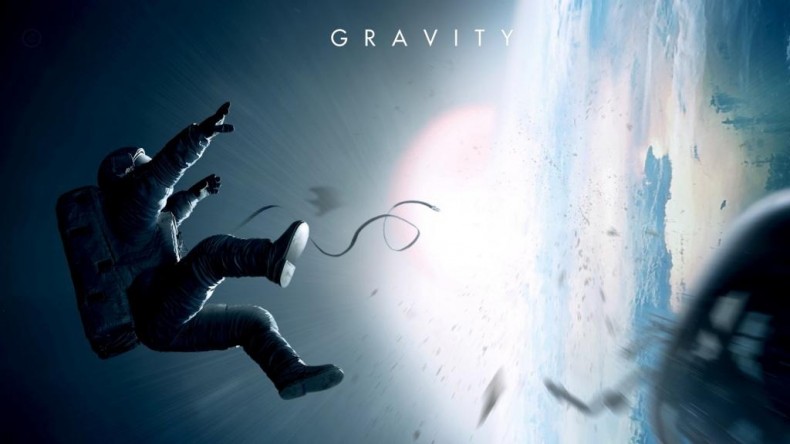 Even with an underdeveloped story, Alfonso Cuarón’s “Gravity” is one of the most important films in visual effects history – shocking, engrossing, and immersive, it is a spectacular space adventure.

Despite a notable track record that included the lovely “Y Tu Mamá También,” it was 2006’s “Children of Men” that made Alfonso Cuarón a visionary director seemingly overnight. Meshing world-building production design with innovative camerawork (including the infamous long take in the third act), “Children of Men” was a hugely impressive apocalyptic drama with depth and allegorical resonance. That’s a tough thing to follow up. Fortunately, Cuarón took seven years developing a film that realizes a new, equally impressive world that the movies frequently visit yet rarely perfect: outer space.

Straight from the jaw dropping 17-minute opening take, Cuarón positions “Gravity” as the best space film of the past ten years, and sets up a fearsomely high bar for the next ten. It aggressively defines a generation of technology in cinema, and makes it look easy.

When their ship is destroyed by a catastrophic debris storm, Dr. Ryan Stone (Sandra Bullock) and veteran astronaut Matt Kowalsky (George Clooney) become separated from their ship and each other and attempt to survive and seek rescue with nothing but nearly depleted oxygen tanks and the vast unknown of the cosmos surrounding them.

That’s all there is to it – two actors and the deeply embedded human fear of being lost in space. Sandra Bullock is so good – such a versatile, unpredictable actress. She succeeds here by playing a relatable character that is as new to space travel as we are in the audience. She carries long segments of the film completely alone and comes through with selling the catastrophic events as an emotional reality. Clooney is the Clooney we know, which is to say he’s a warm and comforting presence in the midst of chaos as a seasoned astronaut that makes quips about the location of the Russian’s galactic vodka supply while anyone else would be blacking out from sheer panic.

Buried beneath the technical marvel that this will be hyped for is a very small story that’s decidedly less satisfying than the wisdom of “Children of Men,” but nonetheless entertaining in its own right. Cuarón focuses entirely on visceral imagery this time and doesn’t dig for any larger themes. The visuals will keep you talking about the film for weeks, but it wouldn’t have hurt to have had some narrative questions left unanswered when the credits roll. The story covers only a handful of hours that unfold in near real-time, but the smaller scope of the story elements mean that this won’t necessarily become an outright staple of cinema history in the same way that “2001: A Space Odyssey” did, even if they do both define the height of a generation’s craft. And “Gravity” certainly does do a lot of defining work – it’s an experience to be sought after as soon as possible and on the largest screen available.

From the largest rendering of Earth from space, to the smallest reflections in Ryan’s space suit helmet, “Gravity” is utterly immersive. This is the pinnacle of technology-driven cinema, and should keep movies out of space for a long time (good luck, J.J. Abrams).

It’s so significant because the CGI is deeply entangled in the analog craft of cinematography. The on-set camera crew and the visual effects team in post-production pass the ball back and forth to create stunning 10 minute long takes that actually succeed in capturing the vast, inconceivable scale of deep space. Indeed, Cuarón and cinematographer Emmanuel Lubezki’s (“The Tree of Life”) use of long take triumphantly returns to challenge us with viewing uninterrupted action. Where there would regularly be five or six shots there is only one that reframes seamlessly in motion without visible cuts. One shot may begin with the camera in extreme wide (and this film takes the wide shot to new levels) of Ryan slowly spinning out into the black void of space and push in all the way until the frame ends in close-up before finally latching onto Ryan’s helmet so that we are spinning with her. We’re thrusted into zero gravity environments and set adrift. It’s uncomfortable, unpredictable, and absolutely genius. Best of all, it’s entirely story-driven and has substance to back the style. It feels like the most organic way to tell the story, which is the most crucial success of all.

The film begins with a title card reminding the audience of the lack of air – and thus, sound – in space. Cuarón and sound designer Glenn Freemantle understand the horror of silence. When the debris storm suddenly arrives it destroys everything in its path – shredding the ship to pieces, all without sound. But it’s not like imagining “Transformers” on mute. “Gravity” uses silence as a weapon – it turns around our growing comfort with chaos by removing the key audio element of the experience and what’s left is something like the thrill of watching an action set piece for the first time.

The 3D implemented in the theatrical release is stereoscopic work (not natively shot in 3D, a “no-no” to most film buffs), but proves to be an exception to the rule – it’s essential to the immersive experience here. The vast, mysterious universe shouldn’t be witnessed any other way. It’s not tacked on, or even necessarily optional – the ticket price is a steal for this engrossing experience, it doesn’t get better. Computer generated vistas are no new concept in the contemporary age of action pictures, but no one has yet reached this level of integration of fake and real. It’s the movement of the camera, the blocking of the actors, and the performances that all work in cooperation to the end result of pure spectacle. You’ll walk away feeling like you’ve taken a trip into space, glad to be back on the ground.

Taylor is a Chicago-based writer and aspiring film historian. He is the editor here at TFP, and has contributed to a number of international publications such as Cinema Scandinavia, PopMatters, and Room 101 Magazine. He can also be found listening to podcasts, researching topics he has little use for, or running after a city bus.
You might also like
children of menMovies With Long Takes

END_OF_DOCUMENT_TOKEN_TO_BE_REPLACED
Taylor Sinople Picks: The 16 Best Films of 2016
Form and Function in Alex Ross Perry’s “Queen of Earth&...
Digging for Fire and Unexpected: Husband and Wife Process Parenthoo...
Every Thing Will Be Fine 3D Review