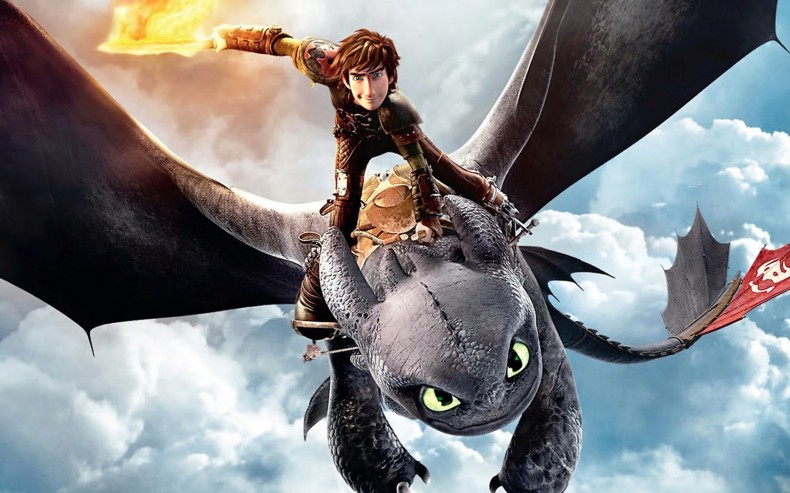 “How to Train Your Dragon 2” is just as colorful and action-packed as its predecessor, but nowhere near as genuine or heartfelt, leaving the audience cold with a pronounced lack of the spirit that made the first film so great.

When “How to Train Your Dragon” was first released in 2010, it was the animated surprise of the year. Released in the modest month of March, the film took the world by storm, garnering critical acclaim, grossing almost $500 million dollars worldwide, and spawning its own TV show. Now, four years later, writer-director Dean DeBlois has returned with “How to Train Your Dragon 2.” It’s been five years since the events of the first film, and the town of Berk has gone from being a battlefield to a playground. The dragons and vikings are now living in harmony thanks to Hiccup (Jay Baruchel), who is now considered the world’s greatest dragon master.

Having earned the respect of his father, his fellow citizens, and the girl he loves, Hiccup’s life is fairly close to perfect. During the day, he rides around the island with Toothless, mapping out uncharted territories and searching for undiscovered species. At home, he’s engaged to Astrid (America Ferrera), and hangs out with his friends Ruffnut (Kristen Wiig), Tuffnut (T.J. Miller), Fishlegs (Christopher Mintz-Plasse), and Snotlout (Jonah Hill). But when Hiccup’s father Stoick (Gerard Butler), the leader of Berk, tells him that he is poised to be the next leader of the island, Hiccup is forced to face the inevitable reality that he’ll eventually have to grow up.

One day, while exploring new territories, Hiccup and Astrid encounter a group of dragon catchers led by Eret (Kit Harington), who claims to work for a man named Drago Bludvist (Djimon Hounsou), a ruthless dragon hunter who is assembling an army of dragons to take over the world. When Hiccup tells his father what he heard, it’s revealed that Drago and his dragons once tried to take over Berk, and are responsible for the disappearance of Hiccup’s mother (Cate Blanchett), who may or may not still be alive. Now, Hiccup and his gang must battle Drago and his army in order to protect the citizens of their beloved town.

When “How to Train Your Dragon” was first released in 2010, I must admit I paid almost no attention, due mostly to the disappointing roster of animated features that DreamWorks had released since 2004’s “Shrek 2.” I regret not hopping on the Dragon Wagon sooner, because “How to Train Your Dragon” is such a unique, spiritually engaging miracle of a film; one that often feels like it slipped through the cracks of Hollywood’s formula for animated filmmaking. Its sequel, on the other hand, is firmly grounded in a comfortable bed of cliche and predictability, and the original film’s charm and irreverence has been replaced with an array of flashbacks and expository dialogue that do the film absolutely no favors. The mostly unnecessary continuation of Hiccup’s story is a tone-deaf bacchanalia of noises and colors that alternate from the uncomfortably melodramatic to the irritatingly juvenile (one particular musical number had me rethinking many of my life decisions).

At the end of the first film, Hiccup is generally accepted by the town of Berk as the greatest dragon master who has ever lived. All this accomplishment from the original leaves the character with no room to grow in the sequel, and the humor that arose from the group dynamic is now entirely absent. Instead, Astrid is stripped of all her independence, following Hiccup wherever he goes. Tuffnut could have probably disappeared from the film completely, while the dynamic duo of Fishlegs and Snoutlout are left to direct their affections towards Ruffnut, who is given this nymphomaniac subplot that, frankly, is just bizarre.

The film does make an attempt to create a situation for Hiccup to grow, but every time the character is supposed to progress or figure out some invaluable lesson about life, it’s never him that changes, it’s the scenario. In fact, Hiccup is often viewed as the smartest person in the room at any given moment, and his status as the ultimate dragon master leave the filmmakers in a situation where they’ve written themselves into a corner. The film throws an absurd amount of contrivances at Hiccup, including the ludicrous reveal that all dragons can be controlled by their “alpha dragon,” but instead of using these to fuel Hiccup’s growth as a character, they often feel like situations for Hiccup to utilize the knowledge he already has. By nature, the character is stubborn and is known for doing things his way. But where the first film uses that as a jumping point for the various conflicts Hiccup encounters, the sequel is left to flail, grabbing onto anything it can for a brief moment of leverage.

The only things in the film on par with its predecessor are the breathtaking action scenes, which are as exciting and inventive as ever. You’d be hard pressed to find an animated film with more gorgeously rendered CGI than “How to Train Your Dragon,” and “How to Train Your Dragon 2” is one of them. The films have always taken a position of violence as a last resort, giving the more action-oriented sequences a sense of urgency that is rarely present in other animated adventure films. Here, both the excitement and the stakes are cranked to 11. In fact, the film’s action sequences are the only time “How to Train Your Dragon 2” is able to capture the liveliness and spirit of the original film.

More times than not, “How to Train Your Dragon 2” feels like a film that’s constantly itching to get to the next scene or the next development or the next plot twist. Unlike the film that came before it, which was a beautifully paced and patient tale, “How to Train Your Dragon 2” often feels manic and unable to focus. I suppose that much of this can be explained as an attempt to appeal to the newfound fanbase that came with the TV show, but much of the film is obviously pandering to the younger crowd while unsuccessfully and awkwardly trying to appeal to the parents in the audience. Really, “How to Train Your Dragon 2” tries to do so much that, in the end, it doesn’t do anything at all. By the end of its brisk 102 minute running time, the film has gone through so many unnecessary twists, turns, and loops that it’s no longer exciting, it’s ineffectual.

Josef Rodriguez is a writer, filmmaker, and musician living in New York City. He is often labeled as "that guy who didn't love Boyhood" and he finds himself liking Harmony Korine films more than he likes his own friends. When he's not stressing over turning in reviews on time, Josef can be seen playing guitar, watching "Spring Breakers," or trying to write the next great American movie.
comments
Leave a reply
Add Comment Register

END_OF_DOCUMENT_TOKEN_TO_BE_REPLACED
Taylor Sinople Picks: The 16 Best Films of 2016
Form and Function in Alex Ross Perry’s “Queen of Earth&...
Digging for Fire and Unexpected: Husband and Wife Process Parenthoo...
Every Thing Will Be Fine 3D Review