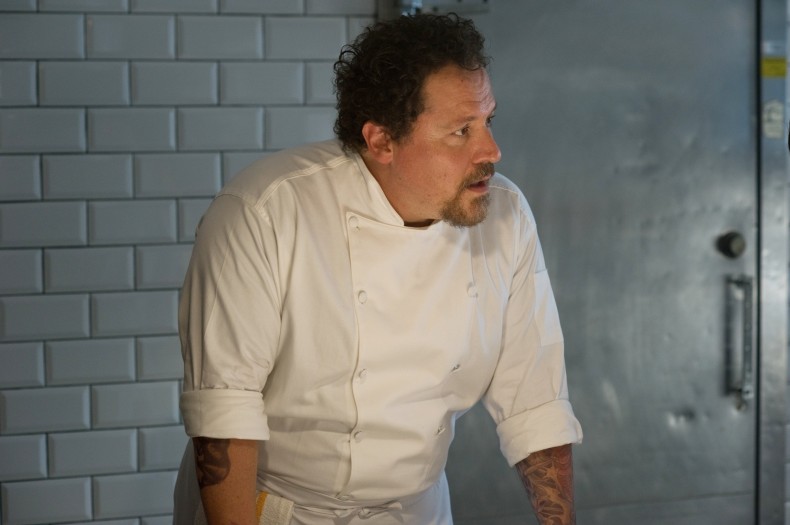 Like its titular character, Chef is eager to please and, despite some lapses in narrative and a formulaic structure, it mostly hits the mark.

Looking for the best food trucks is one of my favorite parts of living in a city. There’s nothing like discovering a new on-the-go favorite through Twitter, Yelp, or the sheer coincidence of stumbling upon one at the local farmers’ market. Jon Favreau’s latest film, “Chef,” is the writer-director-actor’s first film behind the camera since 2011’s “Cowboys & Aliens,” the colossal misfire that followed Favreau’s “Iron Man 2” which was also, in many ways, not a very good film. “Chef” finds the multi-hyphenate back in familiar indie territory, this time telling the story of Carl Casper (Favreau), a disgraced LA chef who decides to tour the nation with a food truck after a humiliating video of him cursing out a well-known food critic named Ramsey Michel (Oliver Platt) goes viral. With his best friend, Martin (John Leguizamo), and son, Percy (Emjay Anthony), in tow, Casper has the opportunity to rehabilitate his reputation and spend quality time with the people he loves.

Before considering the success or failure of “Chef” it’s important to note that Jon Favreau has had one of the strangest A-list careers Hollywood has ever seen. Humble beginnings with films like “Made” and “Swingers” soon lead to Favreau shooting into stardom after directing 2003’s “Elf,” making way for films like “Zathura” and the first two “Iron Man” movies. Meanwhile, Favreau continued to co-star in almost every single Vince Vaughn movie that hit theaters, their most recent collaboration being the upcoming crime-drama “Term Life,” directed by Peter Billingsley. More than anything, all of this has contributed to both Favreau’s experience as a performer, but also as an artist. So much so that he feels compelled to make a film about an artist in a rut trying to figure out his next steps in life. However, what could have been an excellent film about an aging creator coming to terms with his choices is really more of a moderately entertaining and uplifting movie about a chef, his son, and a truck.

With an ensemble cast unlike any you’ll see this year, there’s no denying that “Chef” is a fun movie to watch. You’ve got Dustin Hoffman and Robert Downey Jr. playing against type in two very entertaining cameos, a quick and witty script that’s full of laughs, and a director/star who is obviously passionate about the material. What “Chef” doesn’t have is enough dramatic weight or solid character work to establish itself as one of Favreau’s best pieces. The film isn’t heavy on plot or character, so it relies heavily on its charm, which it has in spades thanks to a combination of elements that light up the screen for every second of the 115 minute running time. I just couldn’t help but feel like “Chef” could have, and should have, been much more substantial. At times, the film is so eager to please that it forgoes a number of opportunities to inject some dramatic weight in favor of a good joke.

It’s also guilty of glossing over a lot of important narrative shifts in what I assume is some attempt to keep the film under two hours. However, there’s just so much going on in the film that it seems like there’s quite a bit missing. Scarlett Johansson pops up for a couple scenes here as a waitress who Carl has an on-and-off relationship with, Bobby Cannavale shows up for a few minutes as Carl’s sous chef in a role that’s never really defined, and even Sofia Vergara jumps on and off the screen as Casper’s ex-wife whenever the script needs a little “will they won’t they” magic. Having these actors on-screen for just a few minutes would be okay if the characters were established as cameos like Robert Downey Jr. Instead, Favreau’s script sets them up to be major supporting players and then drops them whenever the film switches gears, never remembering to go back and give some closure to their respective subplots. Some of the discrepancies border on bad filmmaking, especially in terms of logistical impossibilities (like how the hell does Martin quit his job, get to Miami, and find Carl that fast), but they can be mostly forgiven thanks to Favreau’s performance, which utilizes his earnestness to make Carl Casper’s story more compelling than it has any right to be.

Then again, it’s easy to see that perhaps Favreau is completely aware of what he’s doing and is simply having fun directing a film with some personality for the first time in over a decade. One of the movie’s major subplots revolves around the nasty food critic that inspires Casper to open up a food truck in the first place. Ramsey Michel, who is played very well in an extended cameo by Oliver Platt, writes that much has changed since he was first introduced to Casper’s glorious cooking a decade prior. When one changes the context from cooking to filmmaking, it’s plausible to infer that perhaps Favreau is commenting on his own career, acknowledging that, although “Elf” was a breath of fresh air in Hollywood filmmaking, none of his subsequent projects have been of quite the same caliber. Having a hand in one of cinema’s most profitable franchises does make a man quite a bit of money, but it’s not exactly the venue to exercise artistic flourishes. Whether or not this was Favreau’s intention remains to be seen, but the fact that he wrote, directed, produced, and starred in this film tells me everything I need to know.

“Chef” isn’t a film about cooking, it’s a film about creating. Favreau, much like Carl Casper, is an artist who, as he says in the film, gets to touch people with what he does. “Chef” doesn’t have the character quirks and honest humor of “Swingers” or the laugh-per-minute ratio of “Elf,” but it is a return to form for Favreau after what seemed like an endless series of mindless projects. Like a great meal, “Chef” is made entirely with passion for the craft, and that alone makes it a success.

Josef Rodriguez is a writer, filmmaker, and musician living in New York City. He is often labeled as "that guy who didn't love Boyhood" and he finds himself liking Harmony Korine films more than he likes his own friends. When he's not stressing over turning in reviews on time, Josef can be seen playing guitar, watching "Spring Breakers," or trying to write the next great American movie.
You might also like
Bobby CannavaleDustin HoffmanJohn LeguizamoJon Favreau

by Taylor Sinople on August 6, 2013
At the root of it all, Woody Allen has always been making movies about beautiful cities and the people that live in them. “Blue Jasmine” is in many ways a return to form, but it comes with some unexpected red tape. Riffing on “A Streetcar Named Desire,” Jasmine (Cate Blanchett) and her wealthy husband Hal […]
Comments
Leave a reply
Add Comment Register

END_OF_DOCUMENT_TOKEN_TO_BE_REPLACED
Taylor Sinople Picks: The 16 Best Films of 2016
Form and Function in Alex Ross Perry’s “Queen of Earth&...
Digging for Fire and Unexpected: Husband and Wife Process Parenthoo...
Every Thing Will Be Fine 3D Review