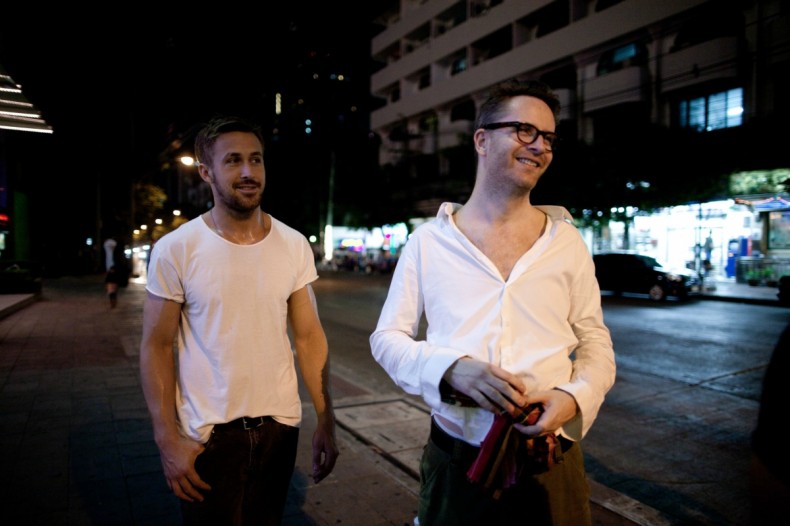 It may not be particularly profound, but My Life Directed by Nicolas Winding Refn is an interesting behind-the-scenes look at the director’s most controversial and divisive work to date.

Nicolas Winding Refn’s Only God Forgives is undoubtedly the director’s most controversial and divisive piece of work. Let’s not forget, this is the guy who made Bronson and Valhalla Rising. Starring Ryan Gosling as the manager of an underground boxing ring, many were disappointed that the film wasn’t a repeat of Gosling’s first collaboration with Refn, the critically and financially successful Drive, which catapulted both of them into A-list territory.

This film, directed by Refn’s wife Liv Corfixen, attempts to make some sense of Only God Forgives’ production, all the way to its premiere at the Cannes Film Festival in 2013. From being underfunded to Refn’s regular bouts of depression and uncertainty, Only God Forgives suffered from a filmmaker who had no desire to repeat himself, but who also did not want to be ostracized by the very same filmgoing community that gave him the power to make his follow-up film.

I’m a sucker for behind-the-scenes documentaries, and My Life Directed by Nicolas Winding Refn is something of a dream come true. At 59 minutes, its insights into the production of this troubled film, one of my personal favorites in Refn’s oeuvre, Corfixen has the ability to take an intimate and brutally honest approach to the material that no other filmmaker could, becuase no other filmmaker is Refn’s wife. Seeing him interact with his family, his collaborators, and his actors on a daily basis is fascinating to watch, and the chemistry he has with Ryan Gosling as a human being shines some light on why their collaborations have been so successful.

However, at 59 minutes, Corfixen’s film only has time to make a superficial assessment about everything that went on during the film’s production. Certain scenes – like when Refn declares that the film is better than Drive when editing is done, only to turn around the next day and angrily explain that the film doesn’t “click” – are profound, and one could only hope for more moments like them to display the real duality of what it means to be a filmmaker. How, as art often does, opinions are divided and changed from day-to-day based on something as seemingly insignificant as how you felt when you got out of bed that day. And, on that same token, how, during production, it’s up to the director to remain calm through every catastrophe, no matter how much he wants to give up and lose his mind.

My Life Directed by Nicolas Winding Refn may have worked better as a documentary on the Only God Forgives Blu-ray release, or possibly as an HBO documentary in conjunction with the premiere of Refn’s film. But Corfixen’s intimate examination of the darkest hour in her husband’s career is quietly affecting, and worth a watch (or two) to anyone who has an interest in Refn, his directing style, or Only God Forgives. Fans of Ryan Gosling should also be advised that this film is a great source for new Tumblr GIFs if his recent absence from the screen has left you without any new material.

Josef Rodriguez is a writer, filmmaker, and musician living in New York City. He is often labeled as "that guy who didn't love Boyhood" and he finds himself liking Harmony Korine films more than he likes his own friends. When he's not stressing over turning in reviews on time, Josef can be seen playing guitar, watching "Spring Breakers," or trying to write the next great American movie.
You might also like
Alejandro Jodorowskyryan gosling

by Taylor Sinople on June 9, 2014
Alejandro Jodorowsky makes a triumphant return to cinema with "The Dance of Reality," a therapeutic and invigorating semi-biographical work of surrealism that seeks to explore the subjectivity of reality and truth.
Comments
Leave a reply
Add Comment Register

END_OF_DOCUMENT_TOKEN_TO_BE_REPLACED
Taylor Sinople Picks: The 16 Best Films of 2016
Form and Function in Alex Ross Perry’s “Queen of Earth&...
Digging for Fire and Unexpected: Husband and Wife Process Parenthoo...
Every Thing Will Be Fine 3D Review