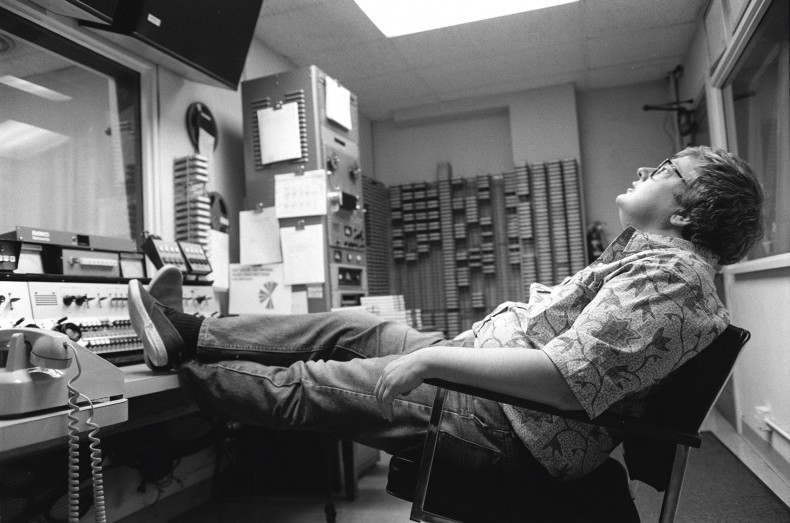 Documentarian Steve James was gathering footage for a 30-minute PBS special following a young basketball player living in Chicago’s Cabrini–Green housing projects when, nearly a decade later, he emerged with a 170-minute documentary he called “Hoop Dreams.” Roger Ebert named it the best film of the 1990’s. James would again face rapidly shifting direction and scope when he optioned the rights to Ebert’s 2011 memoir Life Itself and found himself a year into production when his subject, Ebert, lost the battle with cancer on April 4, 2013. “Life Itself” evolved out of necessity from a biographical account of the critic’s life, to a final celebration and memorialization of it. With the help of executive producer Martin Scorsese and a successful IndieGoGo campaign, James delivered “Life Itself” just nine months later at the Sundance Film Festival 2014, and the film has since been the catalyst for leagues of critics to reflect on their own lives and vocation. But “Life Itself” isn’t a historical document of film criticism so much as it is the story of one man’s life – a man driven by a compulsion and steely determination to write.

Most of us know Roger Ebert as the iconic Sun-Times film critic – the great American populist whose “two thumbs up” mantra became the most valuable marketing asset on movie posters for years. Siskel and Ebert at the Movies provided the model for mass-appeal broadcast criticism that’s influenced today’s YouTube channels and podcasts. His star on the Hollywood Walk of Fame physically encapsulates his ability to eclipse the very stars that he wrote about. In 2010, I attended a special screening and found the audience more excited about Ebert’s presence in the audience than the director’s, who had come for a Q&A. It would be so easy to make the hero piece; the documentary that tells these headline stories and calls it quits. But James (with the support of Roger’s wife, Chaz), embraces flaws, confronts death, and accepts pain – making for a film that not only pays service to Ebert’s legacy, but also genuinely understands him.

Because of the proximity of the production to Ebert’s death, James captures the most candid interviews anyone will ever get on the subject. There’s a sense of a real daze and lingering disbelief in the recollections from close friends and family. Martin Scorsese, Werner Herzog, Errol Morris, Ramin Bahrani, A.O. Scott – the only component missing between screen and audience is the bar and a couple of beers. The full story goes to print, so to speak. Ebert’s alcoholism as a young adult is explored at length for the first time, as is his egotism. Many, with a half smile, reminisce on how arguments with Roger would frequently end with a reminder of who in the room has won a Pulitzer Prize. They tease him to this day over the outrageous 1970 sex comedy “Beyond the Valley of the Dolls,” which he wrote to the complete bewilderment of his colleagues.

“Life Itself” captures the magic buzz of the Chicago press in the 70’s. Newspapermen. Tribune vs. Sun-Times. It’s a highly nostalgic film that had the mostly 55+-year-old audience applauding at the close.

Ebert’s moving and complex relationship with Gene Siskel is a divergence in the film that would serve as a worthwhile short doc by its own right. Siskel, jetsetting around with Hugh Hefner, couldn’t be more unlike Ebert, but their constant competition (both the friendly and not-so-friendly types) made a hell of a good show. Siskel’s unexpected death after a secret, yearlong struggle with brain cancer influenced Ebert’s decision to be transparent about his own poor health later in life. In between interviews, photos, and archive footage, James follows Ebert in the last year of his life as he lives for months at a time in a rehab center – unable to eat, drink, walk, or speak. The juxtaposition is a sobering sight. The fact that he went on to produce more meaningful work than ever during this time is a monumental inspiration to creatives finding excuses not to create.

The film deeply appreciates Ebert’s writing, and includes several sequences that put his words on-screen to illustrate his ability to offer intelligent and succinct insights that could be just as easily read in the paper by a young teenager as argued over by fellow, top-level critics.

James boldly confronts the notion that Ebert’s television show was ultimately reductive to criticism because it trained the general audience to search for three-minute video fixes over long-form written essays. Ebert, via a piece he wrote in a rebuttal to these claims many years ago, refutes this concept but it’s left for us to decide on.

Dana Kupper smartly photographs the film without unneeded flair. I took a class taught by Dana in my final year at film school and have been inspired ever since by her no-nonsense approach to visual storytelling. The shots that establish downtown Chicago are beautiful and purely observational, and she possesses a tastefulness with the composition and lighting of the interviews that allow each character’s identity to come forward – framing most of them in a dynamic, natural setting rather than an ambiguous, green-screen space.

How can a critic review “Life Itself” fairly? Going as far as to assign a point value – “three stars, not four!” – suggests a level of remove from the message of the film that I’m not interested in obtaining. “Life Itself” should disrupt the protocols of criticism to allow for a rare moment of reflection. For that reason, James’ film is the first to receive no rating on The Focus Pull. Regarding “Hoop Dreams,” Ebert wrote: “No screenwriter would dare write this story; it is drama and melodrama, packaged with outrage and moments that make you want to cry. ‘Hoop Dreams’ has the form of a sports documentary, but along the way it becomes a revealing and heartbreaking story about life in America.” He may as well have been praising his own film there. “Life Itself” captures a slice of its title, memorializing the life of Roger Ebert, and celebrating the silver-lining timelessness of his work.

Taylor is a Chicago-based writer and aspiring film historian. He is the editor here at TFP, and has contributed to a number of international publications such as Cinema Scandinavia, PopMatters, and Room 101 Magazine. He can also be found listening to podcasts, researching topics he has little use for, or running after a city bus.
You might also like
chaz ebertmartin scorsese

by Taylor Sinople on January 18, 2014
Read our review of “Labor Day” On January 14, 2014 at the AMC River East Theatre in Chicago, Illinois, Joyce Maynard, an American author of 13 novels and contributor to various nonfiction collections, was interviewed by Chaz Ebert about her 2009 novel “Labor Day” which was recently adapted by Jason Reitman into a film starring […]
Comments
Leave a reply
Add Comment Register

END_OF_DOCUMENT_TOKEN_TO_BE_REPLACED
Taylor Sinople Picks: The 16 Best Films of 2016
Form and Function in Alex Ross Perry’s “Queen of Earth&...
Digging for Fire and Unexpected: Husband and Wife Process Parenthoo...
Every Thing Will Be Fine 3D Review