Reviews
0
previous article
Review: The Strange Colour of Your Body's Tears
next article
Upon Further Review: October (Ten Days that Shook the World) (1928) 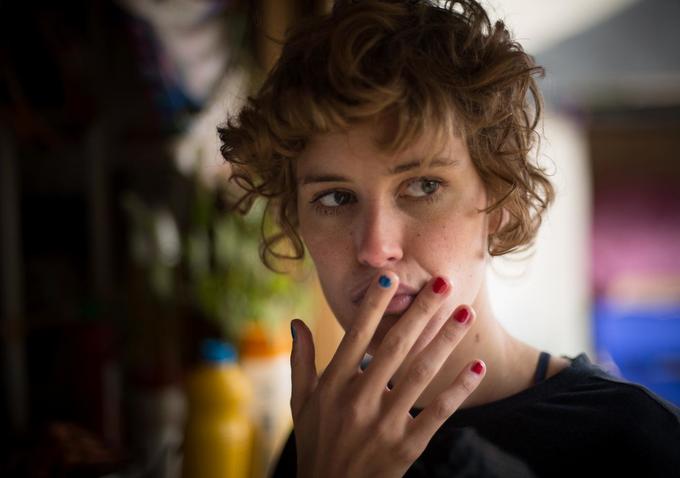 Though it can be a bit repetitive, “Wetlands” is a tragic, off-putting, revolting, and wholly original sex comedy that should, and most likely will, appall billions of people.

The American sex comedy is currently in dire straits, often focusing too much attention on the gross-out mechanics, and the studio-mandated reflective morality, to ever say anything substantial. Recent American cinema’s most hilariously accurate depictions of sexuality haven’t been from sex comedies at all, as films like Bobcat Goldthwait’s “World’s Greatest Dad” say more about the aberrancy of adolescent sex than any “American Pie” movie ever could.

But along comes “Wetlands,” a German adaptation of the eponymous, semi-autobiographical novel by Charlotte Roche that threatens not only to assume its position as the greatest teen sex comedy in history, but to assume many positions involving distorted limbs and various household cleaning products. Helen (Carla Juri) is an 18-year-old nymphomaniac with a predilection for natural odors. Refusing to bathe regularly or maintain any sort of hygienic routine beyond the basic necessities, Helen purposefully devotes herself to the most disgusting behaviors known to man.

Before I go any further, I’d like to reiterate something that I really just can’t stress enough. If you value your sanity, your adherence to upstanding morals, and your affinity for relatively harmless viewing, I advise you to stop reading this article, avoid watching this film, and possibly, if your financial situation permits, burn your computer. “Wetlands” is the type of film that requires some prior knowledge before going in. Not too much, because the shock value is often half the fun, but enough to know whether or not watching the film will be a huge mistake.

What makes “Wetlands” so enjoyable to watch is Wnendt’s insistence on moving the film with Helen and not around her or even in spite of her. Instead of feeding the audience information that Helen isn’t aware of, we’re given the opportunity to really invade her headspace by allowing her to tell the entire story, coming to certain revelations when she does and, ultimately, feeling the gratification of her actions when she does at the end of the film. The approach ends up being much more successful due to Helen’s erratic and uncontrollable personality, one that, if given the opportunity, would most likely dominate a film being made about her life. Doing this also gives Helen the chance to unknowingly expose her selfish and borderline manipulative tendencies, but the uncompromising honesty of her narration serves as a justification for her behavior, and the character never becomes unlikeable or someone the audience wouldn’t want to see succeed, regardless of her abominable hygiene.

The film’s pacing does leave something to be desired, as Helen’s stories can become repetitive once the film enters its second act. There’s little variation in scene formula by the time she’s admitted to the hospital, and Wnendt attempts to salvage it by having each scene be more repulsive than the last. He never loses sight of the ultimate end-goal, which is essentially to depict a young girl who’s rebelling against her life by refusing to adhere to societal norms, but it can get tedious when the director is so obviously attempting to nauseate his audience.

I can’t exactly say that I was exempt from feeling a little queasy during certain sequences, but I can say that it felt more than a little cheap, especially when Wnendt proves that he has so much more up his sleeve than we could have ever imagined. “Wetlands” is a surprisingly powerful film, one that touches upon themes rarely offered in modern cinema, especially teen sex comedies. All faults aside, “Wetlands” is a film of uncompromising bravery, which is more than one could say about most American comedies aimed at the teenaged demographic.

N/A (equivalent of NC-17 for explicit graphic sexuality, disturbing images, language and some drug use)

END_OF_DOCUMENT_TOKEN_TO_BE_REPLACED
Taylor Sinople Picks: The 16 Best Films of 2016
Form and Function in Alex Ross Perry’s “Queen of Earth&...
Digging for Fire and Unexpected: Husband and Wife Process Parenthoo...
Every Thing Will Be Fine 3D Review