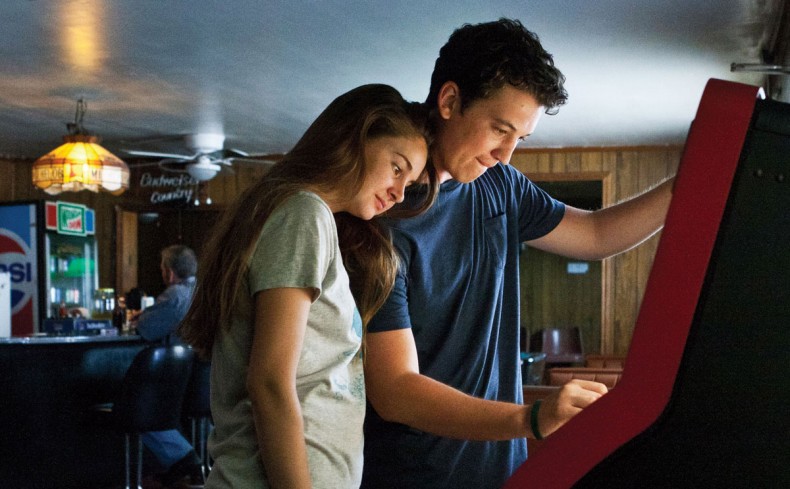 James Ponsoldt’s terrific “The Spectacular Now” is an uncompromising look at the ups and downs of adolescence, told with airtight performances and a strong screenplay.

It seems to be the year that Hollywood comes-of-age once again. John Hughes would be proud to see this summer season’s slew of distinctive, well-made films about teens and all of the accompanying parental oppression and youthful glee. The genre has turned out a variety of films this year: quirky, sincere, bizarre, and even poetic. “The Spectacular Now” is not quite like any of these movies. It comes from director James Ponsoldt, whose 2012 drama “Smashed” depicted a jarringly realistic portrayal of alcoholism. Applying this gritty, unflinching realism to a story about two high school seniors during their last weeks of senior year turns out to be a brilliant idea. “The Spectacular Now” is an excellent coming-of-age film that goes to unexpected places that will make it memorable as the dust settles after a summer full of teen stories.

It begins with a college application, and everyone’s favorite question: “Discuss a challenge or hardship you have faced in your life and describe how you have overcome it”. Sutter Keely (Miles Teller) is sitting in his room trying to answer the question when we launch into a montage that tells us everything we need to know about Sutter. He’s the life of the party – a likeable guy that’s always where the good time is, and always sipping from his whiskey-filled flask. He doesn’t have much interest in college, instead determined to exist only for the “now” – to make each moment as great as possible without care for the ones that come after. Currently, his biggest challenge is winning back his ex-girlfriend Cassidy, who recently dumped him. He finishes a droning, sarcastic draft of the college application and heads out to get her back. To no avail.

When Sutter accepts that the relationship is over for good, he gets wasted and attempts to drive home. Hours later, he wakes up to the bright sun and the face of Aimee Finicky (Shailene Woodley). He’s on some anonymous front lawn, his car nowhere in sight. Aimee spotted him while working her paper route and agrees to take him with to look for his car. As they begin talking, it’s clear they couldn’t be more different. Aimee is a quiet, stay-at-home reader of comic books and fantasy stories. Sutter asks her what her “thing” is, and she thoughtfully shares, “I like to think there’s more to a person than just one thing.” As it turns out, there’s more to Sutter, too.

As Sutter gets to know Aimee better, he realizes he’s falling in love with a person for perhaps the first time. Not a body, or a reputation, but a person. As they grow closer, they share a deep friendship and encourage each other to achieve what they want in life. For Aimee, it’s standing up to her mom and insisting on moving to Philadelphia to go to college. Sutter’s goals involve better understanding the reason that his father is no longer part of his family. As Aimee and Sutter track down his dad and continue to live out the final weeks of their senior year of high school, Sutter comes to life altering conclusions about the impact of his obsession with living in the now.

The performances in “The Spectacular Now” are fantastic across the board. From Miles Teller’s Sutter – a sarcastic screw-up with surprising depth and maturity, to Bob Odenkirk’s cameo as Sutter’s boss, each link in the chain of actors are strong. Shailene Woodley hits crucial notes as Aimee – the girl that both enables and protects Sutter. Even the outstanding Mary Elizabeth Winstead from “Smashed” makes an appearance as Sutter’s sister. What is most impressive is that all of these pieces work together so well. Sutter and Aimee are far-and-away one of the best on-screen couples of the year, and the way that the film uses them in the growing conflict is original and refreshing.

While the first half of “The Spectacular Now” delicately unravels a convincing romance between two unlikely friends that form a powerful emotional bond, it is the second, darker half that really surprised me. It shouldn’t have been unexpected, considering the talent director James Ponsoldt has with stripping away the artificial, but I was genuinely shocked at the stark portrayal of adolescence as a time seeped in both hopefulness and hopelessness. This is a story where Sutter not only deals with the conventional tribulations of adolescence –meeting girls, fitting in, etc. – but also with the harsh truths of issues beyond his age and maturity. In order to move on as an adult, he must resolve these truths – about himself, about his father’s absence, about his feelings for Aimee, about the “now” and the “after.” By the end of the film, Sutter will have a very different answer for his college application.

The release of “The Spectacular Now” is being appropriately preceded in my city by four weeks of classic coming-of-age screenings that include the likes of “The Breakfast Club” and “Almost Famous.” Like those great films, this is a depiction of the high school experience that is actually remembered. The one that takes place not sitting in classes, but driving in cars and drinking in public parks. “The Spectacular Now” transcends its limitations with the sheer quality of storytelling. It is my favorite of this season’s new entries into the coming-of-age genre, and has a shot at becoming timeless, if such a thing can still happen.

Taylor is a Chicago-based writer and aspiring film historian. He is the editor here at TFP, and has contributed to a number of international publications such as Cinema Scandinavia, PopMatters, and Room 101 Magazine. He can also be found listening to podcasts, researching topics he has little use for, or running after a city bus.
You might also like
Brie LarsonKyle ChandlerMiles TellerShailene Woodley

by Taylor Sinople on September 25, 2013
Grace, a twenty-something supervising staff member at Short Term 12 – a facility that houses at-risk teens for periods of 1-12 months – lovingly struggles with her day-to-day responsibilities at the foster-care center while grappling with a troubled past of her own that’s hindering the progress of a romantic relationship with her co-worker Mason (John […]

by Taylor Sinople on September 20, 2013
When Joseph Gordon-Levitt’s directorial debut was announced, the last thing I expected from one of the most charismatic actors of the generation is “Don Jon” – a super-edgy sex comedy that’s stylistically well-made but considerably rough around the edges when it comes to flawed plotting and unlikeable characters. Date-nighters beware: with tons of on-screen, just […]
Comments
Leave a reply
Add Comment Register

END_OF_DOCUMENT_TOKEN_TO_BE_REPLACED
Taylor Sinople Picks: The 16 Best Films of 2016
Form and Function in Alex Ross Perry’s “Queen of Earth&...
Digging for Fire and Unexpected: Husband and Wife Process Parenthoo...
Every Thing Will Be Fine 3D Review