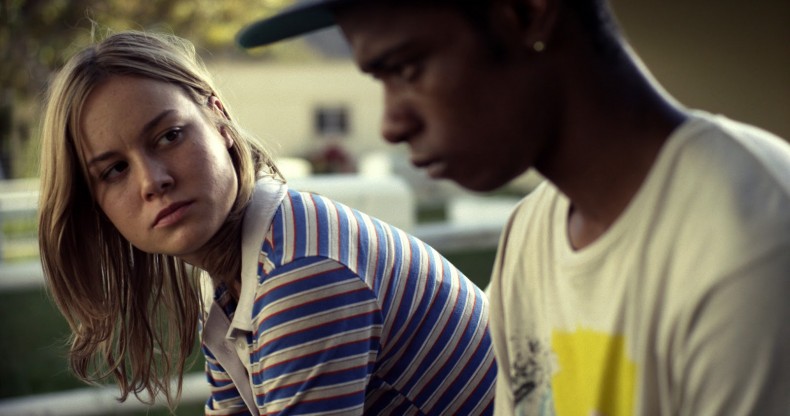 Powerfully authentic performances make the heart-felt “Short Term 12” a moving, superlative drama about the residents of a foster-care facility and the twenty-somethings tasked with supervising them.

Grace, a twenty-something supervising staff member at Short Term 12 – a facility that houses at-risk teens for periods of 1-12 months – lovingly struggles with her day-to-day responsibilities at the foster-care center while grappling with a troubled past of her own that’s hindering the progress of a romantic relationship with her co-worker Mason (John Gallagher Jr.).

Grace (Brie Larson) and Mason (the genial older-brother figure to the kids), as well as the new-guy Nate (Rami Malek), are the caretakers for the likes of Marcus (Keith Stanfield) – a 17-year-old long-term resident about to “age out” that is both gentle and intimidating, Sammy (Alex Calloway) – a scrawny redhead with a penchant for escape attempts, and Jayden (Kaitlyn Dever) a combative new intake that arrives with an attitude problem and dark secrets that uncover memories from Grace’s past for the first time in a decade. Along the way, Grace and company experience the power of community, and things get occasionally pretty funny, too.

Few films pack the emotional depth and crushing resonance of “Short Term 12” – an outstanding human drama that comes straight out of left field from writer/director Destin Cretton. The film received the Grand Jury Narrative Feature Award as well as the Narrative Audience Award at SXSW 2013, and for good reason – performance, story, and presentation all line up here to create one of the most devastating, heartwarming, and rewarding movie experiences of the year.

Brie Larson dominates the leading role in a career-launching performance. There would be no Grace without a personal, intimate investment into the character from Larson. She digs deep and doesn’t let go. There’s a lot of pain here, and Grace is at the center of it all. Larson is a staggering force – reacting to the kids’ struggles while quietly, dangerously uncovering her own.

These humble indies seem to be the perfect breeding ground for future scene-stealers and “Short Term 12” has Keith Stanfield as Marcus. While only featured in a handful of scenes, each time we learn more about the 17-year-old Marcus we come to understand a little bit more about the true struggle of his past, culminating in a show-stopping moment when he raps for Mason about the childhood he was robbed of by an abusive mother that forced him to sell drugs.

When you put these kinds of kids together – whether they’ve arrived from a history of mental instability, physical abuse, or early run-ins with the law – there are certain expectations of the types of scenes that we’ll see. Cretton counters these expectations by trading the clichéd for the authentic. No doubt his time spent actually working in a state-funded foster-care facility informed many of the crucial details that bring the world to life. Many of these quirks are lighthearted, and audiences will be grateful for Cretton’s understanding of how to use comedy without devaluing the drama.

“Short Term 12” takes a big risk by facing hard truths head-on that other films would no more than reference for fear of creating a story too dark. Cretton proves that with the right characters and a bittersweet sense of humor, we can be pulled through the darkness to reach profound hope. Staff and resident alike, all of these people are onions, and as the layers are peeled away we’re left with raw characters that, in most cases, were damaged by forces outside of their control. It’s so difficult to watch because we’re meeting them at a point where it’s too late to protect them from what got them to this point in their lives – it’s already over, we just have to watch them build, and break, and build again.

Brett Pawlak’s handheld camera and natural lighting throws us into the story. Dialogue and plot always take precedent to visual excess. Depth of field and color grading keep the look far enough away from straight documenting to be cinematic. It’s a film unhindered by overbearing compositions, allowing the tenderness of the story to shine through. When we need to see beauty, though, Pawlak comes through – a romantic late night celebration in a backyard is lit by dim, decorative light strands in a perfect moment that has Grace and Mason slow dancing and whispering in each other’s ears, a rare moment of calm amidst the storm of adolescence, adulthood, and the in-between.

This is a call for standing ovation, “Short Term 12” is full of heart for the troubled psyche – it sends you on a rollercoaster that will have you laughing and crying with Grace and learning about life along the way. It will enrich your worldview. What a respectful, honest, hopeful, brilliant film. All hail independent cinema.

Taylor is a Chicago-based writer and aspiring film historian. He is the editor here at TFP, and has contributed to a number of international publications such as Cinema Scandinavia, PopMatters, and Room 101 Magazine. He can also be found listening to podcasts, researching topics he has little use for, or running after a city bus.
You might also like
Brie Larsonindependent cinemaKaitlyn DeverRami Malek

by Taylor Sinople on September 20, 2013
When Joseph Gordon-Levitt’s directorial debut was announced, the last thing I expected from one of the most charismatic actors of the generation is “Don Jon” – a super-edgy sex comedy that’s stylistically well-made but considerably rough around the edges when it comes to flawed plotting and unlikeable characters. Date-nighters beware: with tons of on-screen, just […]

by Taylor Sinople on July 25, 2013
It seems to be the year that Hollywood comes-of-age once again. John Hughes would be proud to see this summer season’s slew of distinctive, well-made films about teens and all of the accompanying parental oppression and youthful glee. The genre has turned out a variety of films this year: quirky, sincere, bizarre, and even poetic. […]
comments
Leave a reply
Add Comment Register

END_OF_DOCUMENT_TOKEN_TO_BE_REPLACED
Taylor Sinople Picks: The 16 Best Films of 2016
Form and Function in Alex Ross Perry’s “Queen of Earth&...
Digging for Fire and Unexpected: Husband and Wife Process Parenthoo...
Every Thing Will Be Fine 3D Review