Reviews
3
0
previous article
Review: Under the Skin
next article
Terrence Malick Finishes "Knight of Cups," Rumored to Debut at Cannes 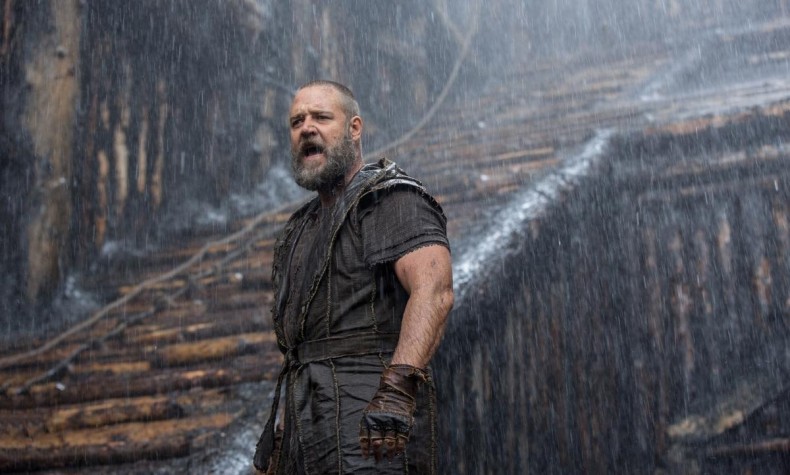 Darren Aronofsky’s “Noah” is ambitious and powerfully acted by Russell Crowe, but overlong and assembled without the singular vision necessary to bring together its divisive subject matter.

When news got out that Darren Aronofsky was to follow “Black Swan” (the 2010 psychological thriller set in the New York City ballet scene) with “Noah,” a lot of reactions likely sounded something like “Noah? Like, Bible Noah? Huh.” And who could blame them? A biblical-era action epic just wasn’t something anyone saw in the cards for Aronofsky, a filmmaker who got his start with hallucinatory nightmares “Pi” and “Requiem for a Dream.” So does “Noah” have a place in his respected filmography? Sort of.

It’s a tough sell, this most famous of stories, and each viewer will bring their own preconceptions and controversy to the table that could result in an array of reactions. Considering many of the possible reactions, though, “Noah” may be in trouble. Fans of Aronofsky aren’t going to get what they want from him, non-believers aren’t going to be interested in the subject matter or the repeated readings from the Book of Genesis, and believers are going to find a deluge of possibly offensive additions to the traditional story, most of which are used for nothing more than to set up epic battle sequences. What’s left is a good director exceeding the budget and scale he thrives in to create this so-so adaptation that thrills in the big moments and bores in the quiet ones.

The first act is a struggle. An opening expository sequence recounts the actions of Adam and Eve and their sons, Seth and Cain, whose descendants will populate the Earth. When we first meet Noah (Russell Crowe) and his family, it’s in the barren, apocalyptic wastelands where man has left a scorched Earth behind after destroying the environment to fuel industrialization. A relentless blandness dominated by beige and brown tones and dingy, fire-lit conversations start the film off on a real lull. Anthony Hopkins, as Noah’s elderly grandfather with spiritual power and a craving for berries, comically steps in to a few brief scenes to remind us what it’s like to have fun with a movie, but it isn’t until Noah’s first premonition of the Great Flood that the primary plot is given some life and tension.

Knowing the destruction that awaits any that remain bound to the Earth when the rain starts to fall, Noah begins construction on his ark. He’s aided by massive rock-creatures called The Watchers – “fallen angels” animated with outdated CGI and voiced by none other than Nick Nolte. Meanwhile, Tubal-Cain (Ray Winstone), a vicious, self-declared King, gathers an army to overthrow Noah’s family, capture the ark, and survive the Great Flood meant to wipe away the corruption of mankind.

The trouble with this Noah vs. Cain arch-enemy scenario is that about half of the audience will relate to Winstone’s “humans-over-religion, animals-are-food, man-can-own-land” character over Noah’s faith-driven actions, especially when the lines between right and wrong are replaced by “what the Creator desires.” Viewers that align themselves more with Cain’s contemporary ideology may be a little uncomfortable with how the film draws a connection between wickedness and placing oneself above religious faith.

The great, cataclysmic battle between Tubal-Cain’s army and The Watchers that defend the ark feels a lot like a far-fetched flashback in a “Transformers” sequel. Enormous torrents of water burst from the ground, thousands of soldiers rush the ark, The Watchers slam their giant rock-fists into the Earth throwing dozens of bodies into the air, and Noah himself fights off the horde from the doorway to the ship. This climactic, CGI-heavy sequence is epic, brutal, and thrilling, but comes all too early. After the waters of the flood have settled, we’re left with a claustrophobic, lengthy third act inside the floating ark where a second, less interesting climax builds amongst more relentlessly bland, brown-Earthy tones, and fire-lit conversations.

At least the emotional beats land, particularly in the desperation that Noah’s family goes through when he decides he must murder a new-born child to fully carry out the Creator’s will (?!). Crowe proves to be a dead-on casting choice. He looks the part and then some, and has the confidence and audacity to actually pull off Noah as a real, human character. Aronofsky and co-writer Ari Handel depict him as an out-casted prophet, psychologically exhausted from the decision to serve himself, his family, or his Creator. Crowe takes on that burden and owns it.

When the scale isn’t Peter-Jackson-huge, or unfortunately dull, we can actually find a bit of Aronofsky hidden in the handheld tracking shots that follow the characters from behind and imbue the close-up shots during dry dialogue with a sense of urgency. There are also two stunning, surreal sequences that use stop-motion quick cuts to illustrate the Bible’s origin of the Earth and the rise and fall of man. These are moments of stunning distinction, but last for only moments. When it comes down to it, barring those handfuls of inspired minutes, this film could have been made by a director half as inventive and unique as Aronofsky, and that’s where a lot of dissatisfaction comes in.

Perhaps Paramount held “Noah” back from a more bold, full-fledged departure from the source (as “Inglorious Basterds” did with World War II). Aronofsky gets caught up attempting to capture the intimate family drama while serving the bombastic necessities of the summer blockbuster, and ends up lost at sea between two very different movies that would have been bettered handled by two directors operating with singular visions.

Taylor is a Chicago-based writer and aspiring film historian. He is the editor here at TFP, and has contributed to a number of international publications such as Cinema Scandinavia, PopMatters, and Room 101 Magazine. He can also be found listening to podcasts, researching topics he has little use for, or running after a city bus.
You might also like
Anthony HopkinsDouglas Boothemma watsonLogan Lerman

by Zack Miller on September 7, 2014
Here’s what’s new to Netflix Instant for the week of September 1. Top Picks Good Morning, Vietnam (1987) Directed by Barry Levinson As of late, there has been an understandable increase in discussion about the greatest roles of dearly missed talent Robin Williams. In these conversations, military radio DJ Adrian Cronauer always gets a knowing […]
Comments
Leave a reply
Add Comment Register

END_OF_DOCUMENT_TOKEN_TO_BE_REPLACED
Taylor Sinople Picks: The 16 Best Films of 2016
Form and Function in Alex Ross Perry’s “Queen of Earth&...
Digging for Fire and Unexpected: Husband and Wife Process Parenthoo...
Every Thing Will Be Fine 3D Review