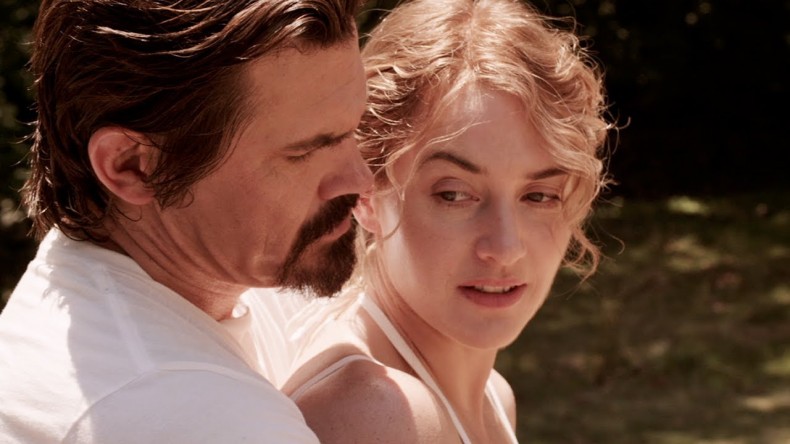 Overly slick, funny in all the wrong ways, and wasting at least two performances by talented actors, watching “Labor Day” is indeed a laborious process.

Kudos to Jason Reitman for exploring such a large variety of tones in his comedy films. He began with rich satire in “Thank You for Smoking,” took a witty look at the lighter side of unplanned pregnancy in “Juno,” and evolved into a filmmaker capable of a smart blend of real drama with humor in “Up in the Air” and “Young Adult.”

Based on the popular novel by Joyce Maynard, “Labor Day” is Reitman’s first straight romance-drama. It opens to the sounds of an ethereal orchestral score and images of a thickly wooded road. We roll down the street, observing the glittering, orange sun passing through the leaves. It’s a floating, mysterious tone that’s almost immediately extinguished like a good dream by a bucket of cold water to the face upon the introduction of actual characters and plot in this unremarkable, pandering love story straight from the mine of unproduced Lifetime originals. Take me back to the comedy, the wit, anywhere but here!

After her husband leaves her, Adele (Kate Winslet), struggling with depression and agoraphobia, does her best to raise her 13-year-old son Henry (Gattlin Griffith) alone. The two have each other, but mostly live in stasis (leaving the house only for canned goods and new clothing) until they meet Frank (Josh Brolin) – an escaped and wounded convict who forces his way into their home on Labor Day Weekend. Frank, planning to hitch a ride on a nearby freight train, makes himself useful while waiting for the first train after the holiday, fixing things around Adele’s house and becoming a source of masculine guidance for Henry. The single mom and son begin to fall for Frank despite his fugitive status.

Now at this point you may suspect we’re entering a morally ambiguous mystery that teases whether or not Frank is a trustworthy man. It would have been a lot of fun to go down that path, but within minutes Frank says “I’ve never intentionally hurt anyone in my life,” and we believe him. He speaks so genuinely and is presented to us as a stable-minded character – there’s just no doubting him. Without this angle of doubt, risk, and danger, we’re left to watch this couple’s dull romance develop while the fugitive plotline plays out with horribly contrived plot turns that serve to knock you way out of any chance of falling in love with Frank and Adele’s love.

Where is Reitman’s bounding charisma? His past work is full of well-earned laughs. “Labor Day” has a few laughs, but they’re generated by the drama that yanks at your shoulders to be taken seriously. Take a moment from the most painfully saccharine scene in which Frank teaches Adele and Henry how to make a peach pie. It’s a bizarre montage of euphemistic eroticism and dozens of romanticized, backlit fingers-digging-into-the-pie-filling shots cut together into a gross procession of crossfades. Frank helps Adele flip a sheet of dough on to the top of the pie, dead-panning “Let’s put a roof on this house.” Yikes.

From the start we have trouble believing or understanding Adele and Frank’s situation. When they first meet, Frank limps up to Adele and Henry and asks for a ride. He lightly squeezes on the back of Henry’s neck as a suggestive threat, and off they go. 48 hours later, they’re an unstoppable force of passionate love – figuring out how to build a life together on the run. Some of the best films of 2013 were romances – “Before Midnight,” “Blue is the Warmest Color” – but these are stories with honesty, challenge, something to say. What must Reitman as a writer and director think of us as an audience to allow us to spend our money on another iteration of “rarely speaking macho man with a glint of danger sweeps up a good-hearted homebody”?

I suspect a lot of the draw for the film will be the lead actors, but even these proven performers are stiff with this material. Winslet, a fine actress, carries the burden of depression in her face and voice, but never opens up to let us in to her side of the romance. Brolin is as gravel-voiced as ever, similarly never hitting more than one constant, even note. There’s not much expression to grab on to here. Where there should be either risk or the pull of seduction, there’s only boredom. Consider the strength of the unlikely on-screen relationship in “The Reader” (also starring Kate Winslet in an Oscar-winning role) as an example of how we can be convinced of and captivated by true love in fictional cinema. “Labor Day” goes through some of the motions as that British drama but carries none of the dramaturgical weight that would lead us to truly feel and remember this particular relationship as we would one from our own lives (an effect that can be felt by the best of the genre).

As to why Frank is a fugitive…the mystery of his past crimes are slowly answered over the course of the film through quickly edited flashbacks that reveal more and more each time we revisit them. These work well, and tell the more interesting story of Frank as a young Vietnam veteran who returns home to marry his pregnant wife who he quickly realizes he doesn’t love – a failed connection that ends in tragedy. The flashbacks and present-day timeline both push towards a decently touching finale that will please the tearjerker crowd.

Reitman is capable of thoughtful, human stories, but he needs to stick to dramas that heavily overlap with the realm of comedy. “Labor Day” is an inconsequential romance that offers no revelations and little entertainment value that can’t be found in films by much, much less talented collaborators. This is one story that should have stayed in the pages of the novel.

Taylor is a Chicago-based writer and aspiring film historian. He is the editor here at TFP, and has contributed to a number of international publications such as Cinema Scandinavia, PopMatters, and Room 101 Magazine. He can also be found listening to podcasts, researching topics he has little use for, or running after a city bus.
You might also like
Clark GreggJason ReitmanJosh BrolinKate Winslet

END_OF_DOCUMENT_TOKEN_TO_BE_REPLACED
Taylor Sinople Picks: The 16 Best Films of 2016
Form and Function in Alex Ross Perry’s “Queen of Earth&...
Digging for Fire and Unexpected: Husband and Wife Process Parenthoo...
Every Thing Will Be Fine 3D Review