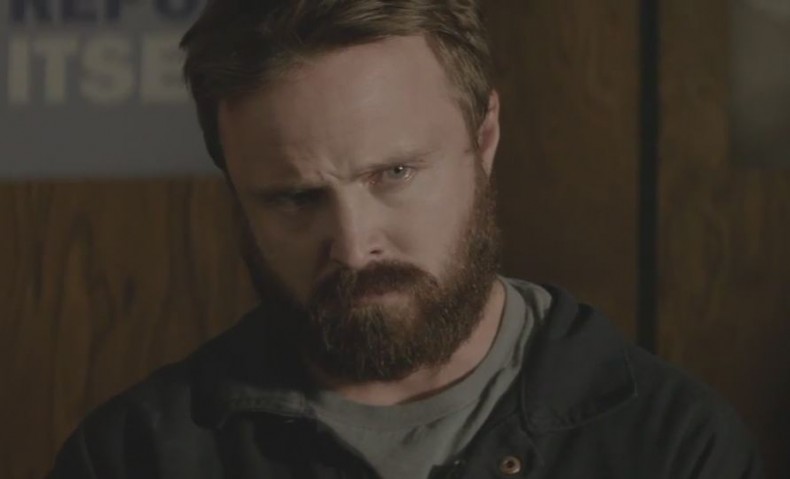 "Hellion," the latest in a string of recent Southern Gothic coming-of-age tales, promises suspense, tense drama, and an emotional payoff, but ultimately fails to deliver any of the above.

When one thinks of the current wave of American independent drama film, a checklist of “requirements” comes to mind: artistic and intimate cinematography, a cast anchored by one or two stars surrounded by a slew of promising newcomers, a young up-and-coming writer/director hoping for their “big break,” a script that embraces every day drama and eschews flamboyant plot twists and turns, a tour of the festival circuit before receiving a small limited theatrical release in the spring or summer. Some films are able to combine these elements with their own special ingredients and stand out among the contenders – think last year’s “Short Term 12″ and “Prince Avalanche” – while others, like “Ain’t Them Bodies Saints” (2013) and “Locke” (2014),  simply run through the motions and ultimately fade back into the crowd, falling victim to the “indie flick” stereotype that has become the butt of many jokes from audiences and critics alike in recent years. Unfortunately, “Hellion,” writer/director Kat Candler’s debut feature film starring Aaron Paul (“Breaking Bad”), falls into the latter category, despite its strong showing at this year’s Sundance Film Festival.

The film follows the titular “hellion,” Jacob Wilson (Josh Wiggins), a 13-year-old juvenile delinquent who rebels against his deadbeat father, Hollis (Paul), and drags his 10-year-old brother Wes (Deke Garner) with him to burn, destroy, and generally vandalize other peoples’ property. When Wes is taken from his father’s custody and placed into the care of the boys’ Aunt Pam (Juliette Lewis) by Child Protective Services, Hollis and Jacob must each face their demons and reconcile their past in order to bring Wes home.

“Hellion” is but the latest entry in the increasingly crowded Southern Gothic genre of coming-of-age dramas, which saw two high-profile releases recently with “Mud” (2013) – the director of which, Jeff Nichols, served as executive producer on this film – and David Gordon Green’s latest film, “Joe” (2014). “Hellion” follows basically the same formula as its predecessors: Set against an iconic Southern U.S. backdrop, a troubled teen must team up with an irresponsible and/or dangerous middle-aged man to reconcile problems with his father and “find himself” in the process. If it sounds generic, it’s only because it is: “Mud” was a touching and intimate coming-of-age tale anchored by immensely strong performances by Matthew McConaughey and Tye Sheridan, and “Joe” was that film’s darker and more violent companion piece, driven by the performances of Nicolas Cage and – believe it or not – Tye Sheridan. The films each have their own character and tone, but ultimately they follow the exact same premise with almost the exact same results. With “Hellion,” Candler clearly tried to ride on the coattails of these films’ successes, taking the same Terrence Malick-meets-“Stand By Me” formula and hoping to churn out a product of similar quality. Filmmaking is much more than a game of Mad Libs, however, which is exactly what the film ends up feeling like.

Part of the problem is that “Hellion” lacks the chemistry between its leads that was so evident between Tye Sheridan and his big-name costars in both “Mud” and “Joe.” Newcomer Josh Wiggins gives a capable performance as Jacob, but he doesn’t have the chops to pull off the emotional depth and nuanced expressions that were present in Sheridan’s turns as the tortured young soul central to each of his film’s conflicts. Comparing Wiggins to Sheridan, perhaps the finest teen actor working today, is unfair, though. Ultimately Wiggins’ performance would have been perfectly serviceable, especially for a first-time actor, if he had been the weak point in the cast. The real problem is Aaron Paul, who appears in his biggest dramatic role since wrapping up “Breaking Bad” last fall. Universally recognizable as Jesse Pinkman, Paul seemingly recycles the character for his performance as a father who is fighting for control of his two sons, which is a vastly different – and more mature – role than the dejected drug-slinging deadbeat he played on television for five seasons. Paul is clearly very good at crying on screen – he seems to perpetually have tears in his eyes throughout the film – but the puppy dog eyes and “woe is me” mentality that made Jesse the lovable loser that he was on “Breaking Bad” just doesn’t cut it for the alcoholic dad of two delinquent children. The role demanded a deeper performance from the emerging star, and he failed to deliver, which completely undermined the relationship between Hollis and his sons in the film.

While the acting in “Hellion” left a lot to be desired, equally, or perhaps more, to blame for the film’s lack of emotional punch is the script and direction itself. Revisiting the aforementioned checklist, Candler clearly had a distinct idea of what an indie drama “should” be and apparently strived to cram every cliché she could into the film, starting with the truly awful cinematography. The overly artistic shots at times could have been forgiven, however, if it weren’t for the director allowing cinematographer Brett Pawlak to shoot the entire film with a handheld camera. Every single frame of this film quivers unceasingly, resulting in a nauseating mess that threatens to take the viewer out of every scene. Handheld photography can be an invaluable tool when shooting intimate locations and situations, but a little bit of Steadicam goes a long way. Candler is a first-time director, however, so hopefully she has learned from this egregious mistake and never attempts to shoot an entire feature film with handheld cinematography again.

Apart from that, “Hellion” falls into the same traps in which many debut films inevitably become ensnared: Chekhov’s gun is shamelessly and unabashedly used as a plot device without a hint of irony. The characters continuously reference important events that happened in the past that are never fully revealed to the audience. The pacing is inconsistent, moving far too slowly in some places and far too quickly in others. The characters are one-dimensional due to lack of backstory and personality. The resolution is anticlimactic and unrealistic. Many, many problems befall “Hellion” that probably could have been avoided by a more experienced filmmaker, which Candler inevitably became while making this film. And she will continue to improve with each film she makes, as all directors tend to do.

Hopefully “Hellion” serves as a lesson to its writer/director – and aspiring writer/directors in general – that following a checklist alone is not an effective way to tell a story to an audience. The film has to have something that sets it apart from the crowd, something that “Hellion” unfortunately lacks. Thankfully, the cast and crew, many of whom are young and have long and fruitful careers ahead of them, can use this experience to make them better in the future.

Tyler is an aspiring filmmaker and lover of all things film. When he isn't obsessing over film, Tyler can be found working, taking minimal breaks for nourishment and that oft-desired and seldom-obtained miracle known as sleep. He resides in Columbus, Ohio.
You might also like
Aaron Pauljuliette lewis

END_OF_DOCUMENT_TOKEN_TO_BE_REPLACED
Taylor Sinople Picks: The 16 Best Films of 2016
Form and Function in Alex Ross Perry’s “Queen of Earth&...
Digging for Fire and Unexpected: Husband and Wife Process Parenthoo...
Every Thing Will Be Fine 3D Review