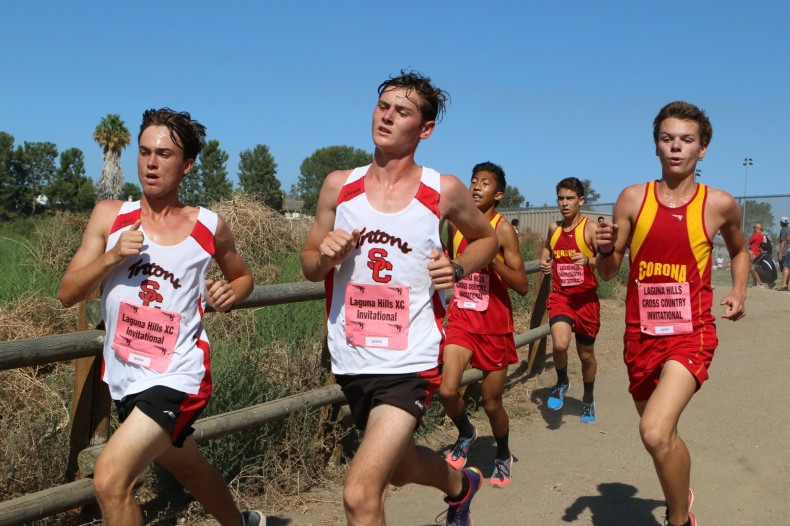 It doesn’t get more formulaic than McFarland, USA, but Niki Caro’s biographical sports film benefits from a charming cast and an accurate, timely examination of modern Mexican-American culture.

The well-worn sports formula is one that only works if the film is infused with sympathetic characters and a reason to root for those characters. Thankfully, Niki Caro’s McFarland, USA, the true story of a disgraced football coach named Jim White (Kevin Costner) who is relocated to a lower class California neighborhood called McFarland to teach gym, provides both of those in spades. Upon his arrival to McFarland High, Jim realizes that most of his students are the children of Mexican immigrants who have come to the United States to create a better future for the next generation.

Among them are the loyal but hard-headed Thomas (Carlos Pratts), the overweight but determined Danny Diaz (Ramiro Rodriguez), and Mr. Million-Dollar-Smile himself Johnny Sameniego (Hector Duran). The boys have little in common save for one thing: they can all run…fast. Realizing that his job as a football coach is as useless as it is frustrating, Jim offers his services as the coach of a cross country team despite having no actual experience. What Jim thought would be a fast road to his redemption ends up being a headfirst dive into the lives of seven kids who work through the day picking crops in fields across the county to provide for the ones they love.

McFarland, USA takes a surprisingly intricate look at the lives of California’s Mexican picker population, offering a fascinating slice-of-life story along with its motivational message. At 129 minutes, the film tends to overwhelm itself with too many characters and subplots at once, which results in an occasional sense of incompleteness within each character’s subplot, but director Niki Caro – who previously helmed 2003’s Whale Rider – taps into the pathos of each character with razor-sharp precision, offering enough development so that none of the team members feel extraneous or unnecessary.

As their captain, Carlos Pratts turns in an excellent performance, bouncing off Kevin Costner with a verbal and physical agility that tags him as an actor to watch. Pratts’ prior roles in The Bridge and Paranormal Activity: The Marked Ones makes him one of the few Mexican actors working today whose work consistently finds a way to reveal some aspect of Mexican culture not usually provided in American entertainment. He’s supported by a group of capable young actors, as well, but Ramiro Rodriguez rises above the rest as underdog Danny Diaz, the overweight brother of the team’s two other Diaz’s, one who is determined to prove his worth to the rest of his teammates.

Kevin Costner is a reliable leading man, as usual, and recent reports that he self-financed Mike Binder’s Black or White gives me the impression that he truly enjoys working on films that shine a light on underprivileged minority populations, McFarland, USA being no exception. Costner’s performance is understated, and all of his scenes with the boys give him a chance to let them shine instead of hogging the frame for himself. He seems like a generous actor to work with, and his rapport with the boys of McFarland only serves to further support the theory.

Diana Maria Riva, the matriarch of the Diaz clan, just about walks away with every scene she’s in as she truly embodies all facets of the Mexican mother. Neither underplaying nor caricaturing the performance in anyway, Riva reminds audiences why, behind every great man, there is a great mother. The film is also shot beautifully by Adam Arkapaw and Terry Stacey, who employ a more movement oriented shooting style on crisp 35mm. The soundtrack, too, is tons of fun, and successfully avoids cliched Mexican melodies in favor of some legitimately good Latino music. Now, if only the film itself could be as original as the people who made it, we might have had something truly great on our hands.

END_OF_DOCUMENT_TOKEN_TO_BE_REPLACED
Taylor Sinople Picks: The 16 Best Films of 2016
Form and Function in Alex Ross Perry’s “Queen of Earth&...
Digging for Fire and Unexpected: Husband and Wife Process Parenthoo...
Every Thing Will Be Fine 3D Review