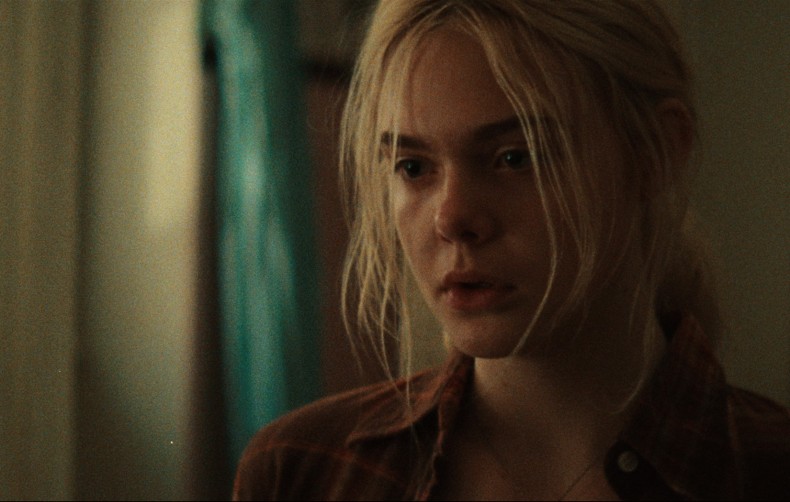 "Low Down" is both a wonderfully-crafted period piece, and a powerfully emotional biography of jazz pianist Joe Albany. Director Jeff Preiss transports his audience to the 1970's, and into the depths of how even heroin addiction cannot destroy the bond of love.

Known for his cinematography on documentary features like “Let’s Get Lost,” and “Broken Noses,” Jeff Preiss has returned to feature filmmaking (this time as director) after a near twenty-year hiatus of filming commercials and music videos. Using his skills from his days shooting documentaries, Preiss brings a flare for highlighting drama in the monotony of life, and remaining vigilant yet undetectable behind his camera. With a memoir by Amy Albany as his guide, Preiss’ “Low Down” dives deeply into the life of jazz pianist Joe Albany, spotlighting his struggle to balance his love for his daughter and his even greater affection for heroin.

Jeff Preiss bookends “Low Down” with monologues by Amy Jo Albany (Elle Fanning), set to music by Albany himself, providing a private glimpse into the relationship Amy has with her father and the impact that he has had on her life. Much like jazz itself, “Low Down” feels very improvisational in its linearity – jumping forward at intervals from moments to years. Set after Joe’s (John Hawkes) golden years of performing with jazz greats Charlie Parker and Miles Davis, the 1960’s have brought about the “death” of jazz with the rising popularity of rock and roll. As Joe struggles to find work, he and Amy live day-to-day – dodging parole officers, finding another fix, and staving off hunger. An intimate portrait of life in a flophouse, “Low Down,” depicts just how strong the draw of heroin can be.

Jeff Preiss and his cinematographer, Christopher Blauvelt work tirelessly to make “Low Down” an accurate reproduction of 1970’s cinema. A stunning period piece, Preiss and Blauvelt used 16mm cameras and anamorphic lenses to give “Low Down” a true-to-period feel, and a much flatter landscape. With a wider frame, Blauvelt worked closely with his production designer, Elliott Hostetter to fill the space effectively, and with period-specific icons. Every detail is accounted for to ensure the audience is unaware of the film’s recent production – tweed blazers, jewelry, Amy-Jo’s inhaler, even old Valentine’s Day cards adorn the sets to enhance the feel of the Albanys’ lives.

As critic Matt Zoller Seitz has (accurately) stated, “John Hawkes acts like a man who was given a golden opportunity later in life than he ever could’ve imagined, and isn’t about to waste it.” In “Low Down” Hawkes has proved yet again that he is one of the foremost character actors working today. From the pain in his eyes when he is unable to pay for dinner, or the way he can lose himself in the music when he sits down at his piano, Hawkes is incredible as the tormented Joe Albany. Never losing sight of his immense love for his daughter, even in the throws of heroin-induced sedation, the anguish Hawkes reproduces is unmistakably potent. The relationship that Hawkes develops with Elle Fanning is endearing and dynamic. At sixteen, Fanning is too young to be as talented as she is. Full of teenage angst, and the forlorn love she is obliged to give her father as he struggles with unemployment and drug addiction, Fanning’s Amy Jo is magnetic. Begging her to run from the terrible situation, but always accepting her choice to stay, the audience is forced to feel for young Amy Jo. The fabulous Glenn Close takes her best role in years as Joe’s mother, Gram; the disappointing but loving mother and grandmother. Forced to watch helplessly as her son’s destructive habits threaten to ruin his and his daughter’s life, Gram is powerful in her solemnity, and even more so when she (seldom) lashes out.

Jeff Preiss’ unobtrusive camera allows his audience to effortlessly inhabit the carefully constructed environment he has created. Preiss has a penchant for hand-held which, depending on the situation, he uses to effectively convey character mood, or as a means of removing the “fourth wall” between subject and audience. The haziness of the 16mm adds to this effect, as the dull color palate and sepia-toned film transport the audience to an earlier age of cinema. Preiss and Blauvelt have devoted themselves to the audience experience in every aspect of the film’s production, making their work nearly invisible, and nudging the audience ever closer to the enthralling characters.

“Low Down” is a biography that transcends both its material and its setting in order to reach out and touch its audience. Compelling characters portrayed by heartfelt, honest performances, and Jeff Preiss’ documentary-based filming style, help solidify the bond between audience and subject. A beautiful glimpse into the life of a man who found beauty in everything, “Low Down” is a thoughtful and provocative biographical adaptation.

Jordan Brooks is a contributor to several online publications, including his own blog focusing on streaming film. Being an avid lover of film, he has recently begun diving more deeply into film history; and is working towards becoming more educated in world cinema. He currently resides in sunny California with his girlfriend and their dog (although the real film buff in the family is definitely the dog).
You might also like
Elle Fanning

Review: The Boxtrolls (with quotes from a Q&A with co-directors Graham Annable and Anthony Stacchi!)

by Taylor Sinople on September 7, 2014
Vividly realized with visual quirks and ample personality, "The Boxtrolls" is a stop-motion animated children's tale that overachieves in the art department while forgetting to tell a worthwhile story.

by Taylor Sinople on January 27, 2014
Disney debuted a new teaser for their live action villain film “Maleficent” during the Grammy Awards last night and it looks to be one hell of a bleak fairytale. Angelina Jolie plays the titular character in this second-look at the “Sleeping Beauty” story through the eyes of Disney’s most evil villain. The trailer shows off […]
Comments
Leave a reply
Add Comment Register

END_OF_DOCUMENT_TOKEN_TO_BE_REPLACED
Taylor Sinople Picks: The 16 Best Films of 2016
Form and Function in Alex Ross Perry’s “Queen of Earth&...
Digging for Fire and Unexpected: Husband and Wife Process Parenthoo...
Every Thing Will Be Fine 3D Review