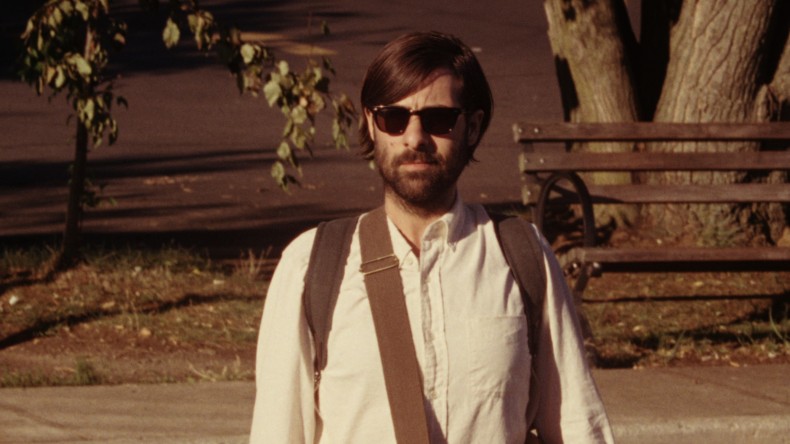 Alex Ross Perry’s newest feature, “Listen Up Philip” is nothing less than a well-written, beautifully shot, and wonderfully performed dramedy, even when its emotional beats, or lack thereof, hold the film back from greatness.

The low-budget, lo-fi “The Color Wheel” announced the arrival of a new talent named Alex Ross Perry, a writer-director-editor-actor who all but promised great things on the horizon with his sophomore feature. In his newest work, “Listen Up Philip,” Perry follows up on those promises with a film that marks a major creative step forward for the director, who continues to develop a classic yet innovative visual aesthetic unlike any of his contemporaries.

“Philip” stars Jason Schwartzman as the film’s titular character, a self-absorbed, egotistical writer who is just about to publish his sophomore novel. In the days leading up to the release, he takes it upon himself to verbally berate his former girlfriends and colleagues, rubbing his success in their face while finding virtue in his insufferable behavior. He returns to share the news with his loving but neglectful girlfriend, Ashley (Elisabeth Moss), who is having reservations of her own about staying with Philip.

Philip also refuses to do a press tour for his novel, and he acquaints himself with Ike Zimmerman (Jonathan Pryce), a brilliant novelist who embodies everyone and everything that Philip wants to be. When Zimmerman invites Philip to his house upstate, he agrees, planning to stay there for a couple months, putting his life, and relationship with Ashley, in the city on hold. At Zimmerman’s house, Philip meets the writer’s daughter, the resentful Melanie (Krysten Ritter), and even scores a position as a Creative Writing teacher at a prestigious university, while Ashley deals with her sudden break-up when Philip is suddenly gone.

Like Perry’s previous work, “Philip” is not characterized by any particularly pressing plot points, allowing Perry to let an organic narrative form through the many idiosyncratic, hilarious character interactions. Schwarztman clearly relishes the opportunity to play what is undoubtedly one of the most mean-spirited characters of his entire career, while Elisabeth Moss does wonders in a much-needed change of pace from the quickly moving “Mad Men.” Jonathan Pryce, too, does some of his best work since Terry Gilliam’s “Brazil” as Philip’s hateful, lonely mentor who finds inspiration in his younger companion.

“Philip” is, quite incredibly, even less driven than “The Color Wheel,” though both films maintain an unbearably tense mood that permeates throughout as a result of the unpredictable, silver-tongued anti-heroes at the forefront. Perry’s total disregardment of conventional narrative structure is, to a fault, what makes “Philip” such a fascinating project. The film is carried not by its erratic visual aesthetic, which is as gorgeous as it is dizzying, or its slapdash story, but instead by its superlative sound design by Sebastian Henshaw, and Clayton Castellanos. Perry almost always shoots the listener in dialogue scenes and has no problem with an incomprehensible frame that cuts and carries well with sound work that lays a suitable groundwork for visual experimentation.

Narrator Eric Bogosian is often required to describe what is already being seen on-screen, which can sometimes be a source of frustration for moviegoers, but works beautifully here due to a certain level of self-awareness in Perry’s writing. Bogosian phrases his narration to almost perfectly match the muffled dialogue of the characters, and facial expressions are accompanied by explanations of emotion that, oddly enough, end up enhancing the scenes in which they’re included.

Unfortunately, the film’s freeform narrative, as engaging as it is, leads to long stretches of unevenness as a result of constantly changing perspectives and muddled character motivations that are never clearly or fully explained. “Philip’s” blasé attitude toward closure is admirable, but frustratingly so because most of the film is, by the end, compiled of loose ends, even when the narration offers such a finite and well-written ending for Philip. Perry’s refusal to align the film with the cliches of the genre, as well as his themes of alienation and the reality of success, are actually reinforced by the occasionally vague character work, but one can’t help but ask for more, especially because Perry has a cast of great actors delivering even better dialogue.

Regardless, “Listen Up Philip” is a huge step forward for Perry, who, at the age of 30, has more of a visual personality than almost any other director his age. Thankfully, he has the writing chops to back it up, and his latest film proves, if nothing else, that we are in the presence of a great emerging talent, one who will undoubtedly continue to surprise and engage audiences with characters as fascinating, angering, and deeply flawed as the ones featured here.

Josef Rodriguez is a writer, filmmaker, and musician living in New York City. He is often labeled as "that guy who didn't love Boyhood" and he finds himself liking Harmony Korine films more than he likes his own friends. When he's not stressing over turning in reviews on time, Josef can be seen playing guitar, watching "Spring Breakers," or trying to write the next great American movie.
You might also like
elisabeth mossJonathan Pryce

by Taylor Sinople on May 18, 2014
"The One I Love" is a smart and unique twist on romantic comedy that shows promise for director Charlie McDowell despite a disappointingly conventional ending.
comments
Leave a reply
Add Comment Register

END_OF_DOCUMENT_TOKEN_TO_BE_REPLACED
Taylor Sinople Picks: The 16 Best Films of 2016
Form and Function in Alex Ross Perry’s “Queen of Earth&...
Digging for Fire and Unexpected: Husband and Wife Process Parenthoo...
Every Thing Will Be Fine 3D Review