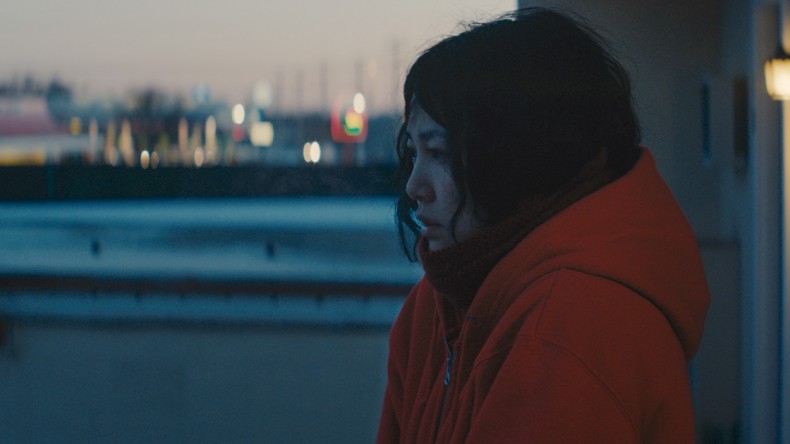 "Kumiko, the Treasure Hunter" has all the best intentions, but its languid, stop-and-start narrative holds it back from being anything truly spectacular.

In the sprawling metropolis of Tokyo, a 29-year old woman named Kumiko (Rinko Kikuchi) sits in her apartment, obsessing over the 1996 film Fargo, a black comedy that may be the key to revealing hidden treasure in the American city that shares its name. Her job, as an Office Girl for a wealthy CEO, is a total dead-end, and her only connection to the world is through the occasional phone call to her overbearing mother (the voice of Yumiko Hioki), who insists that Kumiko comes home to live with her until she is married.

Unsatisfied with everything that life in Tokyo has to offer, she steals a company credit card and buys herself a one-way ticket to the United States, carrying only a crudely-drawn map that she believes holds the key to finding her treasure. While there, she encounters a socially awkward tour guide (Nathan Zellner, one half of the directing crew), an old native (Shirley Venard) who insists that she’ll bring Kumiko to the Mall of America, and a good-hearted cop (David Zellner the other half) who tries to help Kumiko on her quest but isn’t quite sure how. None of these people understand Kumiko or her journey, and so she barrels forward stubbornly, without a doubt in her mind that the end of the road is paved with stacks of stolen hundred dollar bills.

Loosely based on a true story – and by loosely I mean everything in this film was debunked as urban legend, so it’s really a true story in the same way that Fargo is a true story – Kumiko, the Treasure Hunter is a globe-trotting indie drama with impeccable cinematography by Sean Porter and a powerful but subdued performance by Rinko Kikuchi, who also executive produced the project. Functioning as much as an ode to cinema as it does to a serious examination of mental health, Kumiko, the Treasure Hunter is ambitious to a fault, as the film itself suffers from a lack of narrative depth and an overbearing focus on its aesthetic and thematic accomplishments, of which there are many.

However, Kumiko doesn’t really work as a movie because it’s difficult to latch on to its titular character on any level. She behaves like Scarlett Johansson’s timid alien creature in Under the Skin, with a wide-eyed curiosity that makes way for a biting cynicism towards humanity, all through the lens of this seriously ill individual. At some point, Kumiko catches on to the sense of community in this particular region of the nation and just begins blatantly using people to get what she wants, including a taxi driver who gives her a ride all the way to Fargo for a $120 tab, only to watch as she jettisons her way into the forest where she believes the treasure is hidden.

It’s not that Kumiko’s audience won’t have the capacity to understand such an off-kilter hero, it’s just that the film makes a point to explicitly show how Kumiko is responsible for her own undoing once she gets to the States. As a result, there’s no angle from which to generate any real sympathy when Kumiko is literally running away from the folks who are keeping her safe. Of course, a lot of this is covered under the blanket statement of: “well, it’s a film about mental illness.” And, while I can understand that perspective, I didn’t necessarily buy the limits of Kumiko’s capability, or lack thereof, when it came to reaching her destination. The filmmakers conveniently place her in situations where she’ll be able to jump from one companion to the next, and at a certain point it became repetitive and unsatisfying.

In terms of how the film functions as an ode to cinema, there are a lot of clever cinematographic tricks that force the film to resemble a moving film strip or, in some cases, a 1.85:1 or 1:1 aspect ratio. However, beyond these visual cues, it isn’t really fair to dub Kumiko as an ode to cinema. It more closely resembles a movie that constantly reminds its audience members that they are, in fact, watching a film. There are some clever references to Fargo made here and there that exist beyond the replaying of a single scene at the end of the movie which Kumiko believes holds the key to locating the treasure – and structurally the film bears some resemblance to a classic Spielberg flick – but a lot of these are throwaway references that don’t necessarily justify employing the word “ode.”

And finally, there’s the idea that, on some level, Kumiko is somewhat insensitive to its real-life inspiration, a hopelessly depressed Japanese woman who ended up committing suicide in Detroit Lakes, leaving only a suicide note and a 40-minute phone call she had made to an ex-lover. Kumiko’s misplaced hopefulness was already a point of contention for me throughout the film, but learning about the “real” Kumiko just leaves a bad taste in my mouth, and I can’t shake the feeling that The Zellner Bros have disregarded some level of decency to make their movie. The same criticism could be applied to the original Fargo, but The Coen Bros are masters of tone that The Zellner Bros are just not, and Kumiko ends up feeling manipulative and uneven in its jarring final moments.

END_OF_DOCUMENT_TOKEN_TO_BE_REPLACED
Taylor Sinople Picks: The 16 Best Films of 2016
Form and Function in Alex Ross Perry’s “Queen of Earth&...
Digging for Fire and Unexpected: Husband and Wife Process Parenthoo...
Every Thing Will Be Fine 3D Review