Reviews
2
0
previous article
A Fresh Look At: In the Loop (2009)
next article
Review: Kingsman: The Secret Service 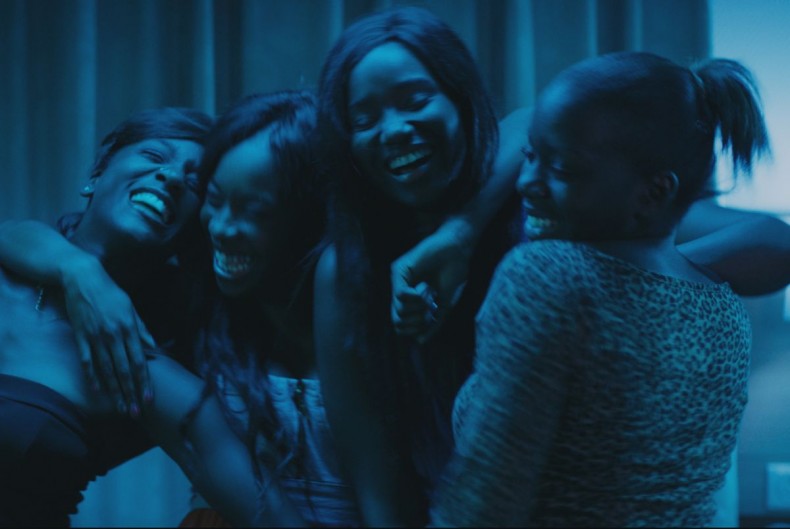 “Girlhood” proves to be a fascinating and honest look at the trials and tribulations of adolescence….until the final twenty minutes, where it proceeds to abandon its previous trajectory and go completely off the rails.

Any suspicious comparisons to Richard Linklater’s intimate epic, Boyhood, should be discarded upon entrance to Celine Sciamma’s Girlhood – with the french title Bande de Filles, which translates literally into Band of Girls – a much more impressionistic, detailed account of Marieme (Karidja Toure), a shy and lonely young girl who feels unimportant and unnoticed by everyone around her. Stuck with bad grades that won’t let her graduate to high school, an absentee mother who barely pays attention, and an abusive brother who works as a drug dealer on the side, Marieme is left to care for her two younger sisters, her only source of companionship coming from a soccer team of girls in the neighborhood.

After trying to ditch school one day, Marieme encounters a group of peers who are planning to visit Paris for the day. Lady (Assa Sylla), the group’s leader – along with two other members of her clique, Adiatou (Lindsay Karamoh) and Fily (Marietou Toure) – takes Marieme under her wing, showing her a vibrant, social lifestyle that Marieme has never known. Before she knows it, Marieme begins dressing like her newfound friends, behaving however she wants and doing whatever she wants to have fun. Turning down jobs to rob her classmates and fight girls from other local cliques, Marieme is dragged down a long path of questionable decisions and self-discovery, all while pining for the handsome Ismael (Idrissa Diabate), who happens to be one of her brother’s closest friends.

Much of Celine Sciamma’s Girlhood is as beautiful, raw, and real as one could hope for, offering a perspective not often seen in cinema without necessarily begging to be noticed. Watching it is almost a voyeuristic experience for both the characters and the audience. It’s one thing to bear witness to the ephemeral moments and experiences of Marieme and her friends, but Sciamma taps into a truth that may have something of an inverse effect on her viewers. Regardless of gender, race, or culture, certain scenes of Girlhood invoke a reaction not dissimilar to one that may be felt when, upon hearing a song or reading a story, you realize that its words were ripped straight from your private diary, one that you hid under the mattress under lock and key.

One particular sequence, in a Parisian hotel room, is among one of the best that’s been featured in any recent coming-of-age drama. The girls decide to rent a room, buy some booze, and have a party in the room. Most American coming-of-age films would use this as a set-up for a “legendary” party scene where these four girls are somehow able to cram 50 of their closest friends until the occupants from next door call security. In Girlhood, this is not the case. The girls get all dolled up, presumably to spend a night on the town doing whatever their hearts desire.

Adorned with stolen dresses that accentuate their femininity in a way that, physically and emotionally, has not been featured thus far, it becomes apparent that they’re not going anywhere. All they want is to be beautiful for each other, spend time with each other, and make memories with each other. A scene in which the girls lip-sync to Rihanna’s “Diamonds” is undercut with a tragic tone that makes it riveting and heart-wrenching in equal measures. Not to mention, it’s both emotionally and visually engaging, and Sciamma’s controlled camera adds yet another layer of quiet tension that carries itself subtly throughout every scene.

Sciamma’s direction remains mostly consistent throughout the film’s first 90 minutes. Broken up into four parts, as evidenced by a musical overture playing over a black screen, Girlhood unfortunately and unnecessarily goes completely off the rails in its final chapter, adding another unnecessary 20 minutes to the film in order to shoehorn a subplot that had no business making its way into this movie. Thematically, I understand the how’s and why’s of Sciamma’s decision to include this extended epilogue, but nothing about it is dramatically satisfying, and it absolutely weakens the 90 minutes that precede it. Sciamma teases a perfect ending, one that is ambiguous as it is hopeless, quiet in nature while the silence almost literally pierces through the screen.

In a film that knew exactly when to throw its dramatic and stylistic punches, this final section of Girlhood feels tacked on, hackneyed, and wrong. It’s so hopelessly out of place that it threatens to ruin everything Sciamma had been working towards in her first three chapters. Although it maintains, and in some cases intensifies, the themes presented throughout, it does so in the service of an extension that need not exist. Girlhood is a film about the nature of friendship in youth. It examines a culture where femininity is both embraced and rejected when young women are required to be “one of the guys” while also being objects of sex and domesticity. Girlhood is worth seeing, possibly even more than once, but, if like me, you felt unsatisfied by the ending provided, you might be better off just pressing stop when the screen cuts to black for that third time.

END_OF_DOCUMENT_TOKEN_TO_BE_REPLACED
Taylor Sinople Picks: The 16 Best Films of 2016
Form and Function in Alex Ross Perry’s “Queen of Earth&...
Digging for Fire and Unexpected: Husband and Wife Process Parenthoo...
Every Thing Will Be Fine 3D Review