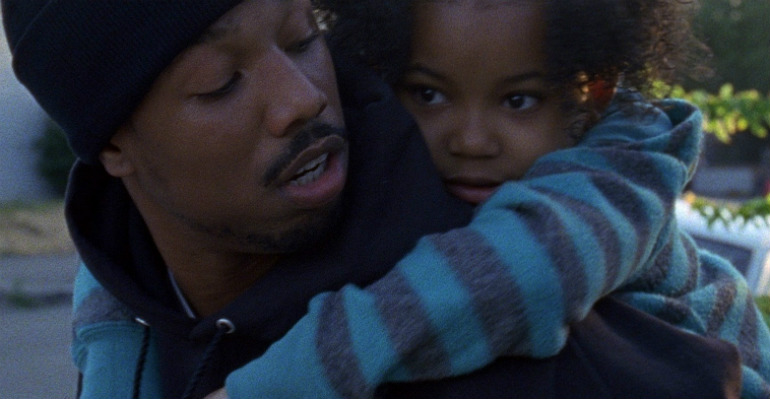 First-time director Ryan Coogler’s Sundance hit “Fruitvale Station” soars with an impeccable performance by Michael B. Jordan as Oscar – the subject of an unforgettable redemption story cut short by a single bullet.

“Sundance is weird. The movies are weird – you actually have to think about them when you watch them.” –Britney Spears

Sundance is the United State’s largest, mostly-independent film festival. Once and a while, a film comes along that unites critics and audience members alike by winning both the Grand Jury Prize and the Audience Award – the two highest honors of the festival. Looking to the past, three of the most recent films to have swept both of these prestigious awards offer a clear theme. 1999’s “Three Seasons” depicted the impact of westernization on Ho Chi Minh City in Vietnam. 2006’s “Quinceañera” told the story of two estranged Mexican Americans living in Echo Park, Los Angeles, and 2009’s “Precious”, the moving redemption of a pregnant, 16-year-old African American girl living in the ghettos of New York City.

“Fruitvale Station,” director Ryan Coogler’s feature debut, was the buzz of the festival at this year’s Sundance – earning both the critical jury’s acclaim and the audience’s unanimous approval. It tells the true story of the 2009 shooting of Oscar Grant, a 22-year-old living in Fruitvale (a neighborhood in Oakland, California).

Oscar’s story is the essential type that is sometimes easier to ignore. Coogler, who also penned the screenplay, offers no opportunity to turn a blind eye, instead bringing Oscar back to life through a towering performance from star Michael B. Jordan. It all takes place over a single day, the last day of Oscar Grant’s life.

It’s New Years Eve, 2009, and Oscar (Michael B. Jordan) is using the promise of a fresh year to turn his life around – away from dealing drugs and cheating on his girlfriend, Sophina (Melonie Diaz). He’s going to be a better father to his daughter, T (Ariana Neal), and work to take care of his family.

Oscar’s last day is spent driving around town preparing for the night’s celebration. It’s a very special day, as it’s also his mother’s (Octavia Spencer) birthday. Oscar stops by the supermarket to pick up a few crabs for his mother’s dinner, and we learn that he used to work at this grocery store but has lost his job and has been lying about it. Oscar stares at the calendar on the refrigerator: “RENT DUE”. Meanwhile, his sister is asking to borrow money to pay her own rent, and suddenly quitting the drug business isn’t so simple.

For the New Year’s countdown, Oscar and Sophina are heading into San Francisco to see the fireworks. At dinner, his mother convinces him to take the train so that he doesn’t have to worry about drinking and driving. It is on the train at the end of this long day that Oscar gets into the conflict that will suddenly and shockingly end his life.

“Fruitvale Station” is authentically urban and powerfully emotional. Writer/director Ryan Coogler grew up in Oakland and has fiercely portrayed it on screen. Oakland is known for being one of the most diverse areas in the country, and this identity shines through to Oscar’s world as he deals with everyone on equal terms – his Mexican girlfriend, his Asian friend, and white and black strangers.

The film opens on cellphone-recorded video footage of the real-life Oscar being shot by a police officer, and the rest of the following film is haunted by this disturbing image. It always lingers – why was he killed? Was it his lifestyle, or random circumstance? The answer is presented patiently in the film’s simple “slice of life” one-day arc – stepping out of chronology for only one scene that flashes back to a crucial moment of Oscar’s time in jail, only two years prior.

Much of “Fruitvale” is told as a domestic drama as Oscar goes about his day. It’s a patient story, one that will spend five minutes in dialogue with Oscar and his 4-year-old daughter, not just one, in order to give you a convincing family bond to latch on to. Oscar’s compassion for others and dedication to turning over a new leaf is frequently moving. It becomes overwhelming to sense the scope of the lives that will be affected by the tragedy to come.

While the sentimentality brake is being pumped hard, Michael B. Jordan’s vividly human performance of Oscar brings the film back down to a gritty, real place. Jordan needed to be somewhat unknown for this role to work, but from here on out he will no doubt become more recognized as an actor of great promise. He is playing against a few other challenging performances, including his assertive girlfriend played by Melonie Diaz, and his protective, strong-willed mother played by the incredible Octavia Spencer. Everyone in the film feels real, and it becomes very immersive.

Visually complimenting the urban story is some really great, gritty cinematography from Rachel Morrison. Post-production is similarly on top of their game, adding a subtle, perfect touch to the image by overlaying Oscar’s cell phone screen while he’s making calls or writing texts – allowing us to see what he’s doing without cutting to a close-up of the phone. It may not scream realism and grit on paper, but on-screen it really works. All of the production’s power is aimed towards highlighting the injustice of Oscar’s death, not distracting from it.

If you have any doubt to whether audiences will connect to this story, wait for the moment when the film reaches its jolting, devastating climax. It is followed up by a long and completely silent shot that will undoubtedly reveal the sniffling of dozens of audience members. This is a politically timeless film that is as important as it is entertaining. The story is unforgettable and crafted with unbelievable confidence from a first-time director. If one film from the first half of 2013 deserves to be called back upon at the Academy Awards next February, it is “Fruitvale Station.”

Taylor is a Chicago-based writer and aspiring film historian. He is the editor here at TFP, and has contributed to a number of international publications such as Cinema Scandinavia, PopMatters, and Room 101 Magazine. He can also be found listening to podcasts, researching topics he has little use for, or running after a city bus.
You might also like
Melonie DiazMichael B. JordanOctavia Spencer

by Josef Rodriguez on March 15, 2015
"The Cobbler" isn’t nearly as bad as it could have been, but it also has no idea what it wants to be either, and the results are mildly confusing to say the least.
Comments
Leave a reply
Add Comment Register

END_OF_DOCUMENT_TOKEN_TO_BE_REPLACED
Taylor Sinople Picks: The 16 Best Films of 2016
Form and Function in Alex Ross Perry’s “Queen of Earth&...
Digging for Fire and Unexpected: Husband and Wife Process Parenthoo...
Every Thing Will Be Fine 3D Review