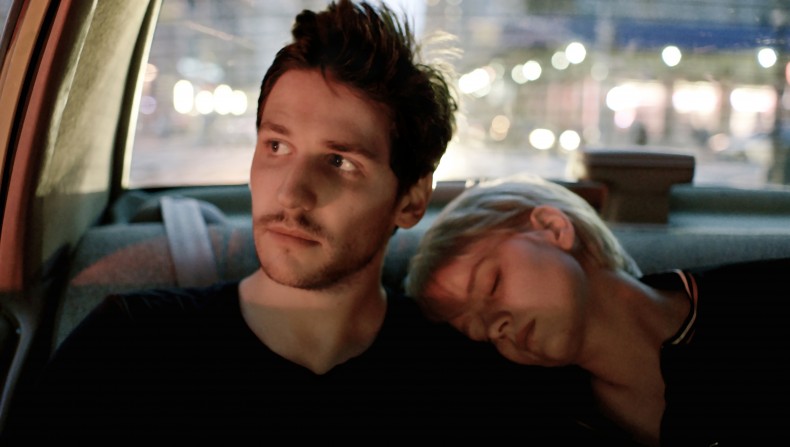 “Eden” is a true must-see for music lovers, with a magnificent soundtrack and raw performances.

Eden follows the life story of Paul Vallée, a young DJ from Paris. His star starts to rise in the 1990s, as the house genre becomes popular in France. Together with his loyal band of artists and musicians, Paul rules the electronic music scene. We follow Paul as he moves from underground and obscure parties towards larger venues and, ultimately, the United States. But his succes fluctuates, as does his personal life.

The strength of this film lies at its core: music. Eden has a deep and powerful connection to music, house in particular. Everything about this film, breathes music and one’s passion for music. The underground parties Paul and his friends visit, radiate authenticity, with bright colored lamps, smoke, glow-in-the-dark jewelry and dancing bodies in dim lighting. From the radio studios to the Daft Punk references and the magnificent soundtrack – Eden is a film for audiophiles. A film that people who love music and are interested in its cultural history will thoroughly enjoy. One could even argue that Eden is must-see for people who are interested in music, because it is about an important musical time-period and genre.

Although Eden’s main focus is music, the film contains a good balance between Paul’s career and his personal life. The audience follows him as his career in music evolves, but in the meantime, we see his personal life slipping away from him, caused by drug problems and stranded relationships. The mix is very interesting and remarkably easy to watch, due to the film’s steady pace.

The film feels very authentic and the performances very much contribute to this feel. The young French actor Félix de Givry, who portrays main character Paul, is spot-on. From his years as a struggling student in Paris, mixing records and having drug problems, to Paul in his forties, during the aftermath of his success as a DJ – de Givry is believable and truthful. He acts subtly, never too much and never too little, but with passion and focus. Another great performance belongs to Greta Gerwig (Frances Ha, Lola Versus), who portrays Paul’s American girlfriend, Julia. She is a kind and calm presence in the kaleidoscope of booming music, bright lights and crowded venues. Halfway through Eden, Paul meets Louise, who becomes his girlfriend and later close friend. Pauline Etienne, the actress who portrays Louise, is beautifully tragic and, at times, disturbingly raw and honest.

One of the most popular, if not the most popular, artists in house music, is Daft Punk, an originally French duo. Daft Punk is a red line throughout the film, figuratively and literally. The duo’s music is used for the soundtrack and their songs are very energetic and recognizable and they are mentioned throughout the film as the founding fathers of house music. Daft Punk is also portrayed by two actors, who try to enter a club several times in the film, but every time, they are denied access. At the exact right moment, someone who does recognize the duo as Daft Punk, helps them into the club, leaving the bouncer baffled that he just refused the most popular house duo.

Eden’s strength, the deep connection to music, is also its weakness. Because the film focuses so much and so deeply on the French house circuit, it might not be that interesting to watch for a more general audience. Viewers really need to be interested in music and in that circuit, to be interested in Eden.

END_OF_DOCUMENT_TOKEN_TO_BE_REPLACED
Taylor Sinople Picks: The 16 Best Films of 2016
Form and Function in Alex Ross Perry’s “Queen of Earth&...
Digging for Fire and Unexpected: Husband and Wife Process Parenthoo...
Every Thing Will Be Fine 3D Review