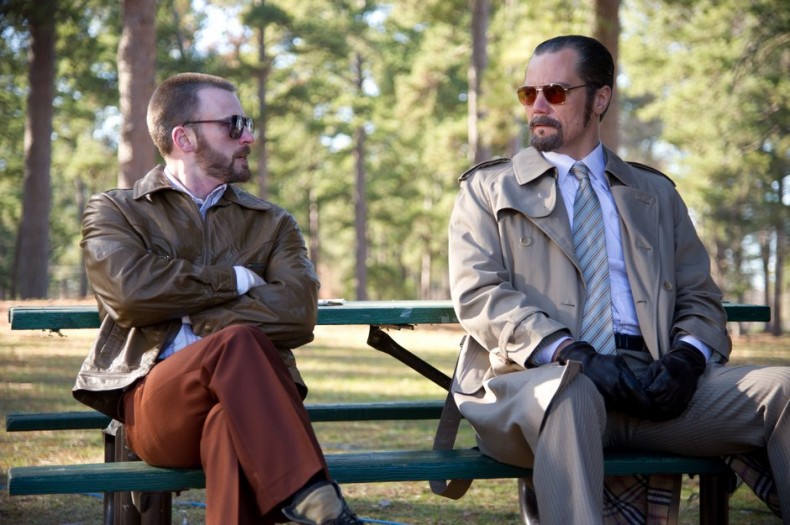 Overall Rating
6.5
6.5
Critic Rating
You have rated this

Writer/director Ariel Vromen examines the mind of American serial killer turned hit man Richard Kuklinski in the true-life crime saga “The Iceman”. As ambitious as it is flawed, “The Iceman” doesn’t work in all areas but may be worth seeing for the performances alone.

The film stars Michael Shannon (“Boardwalk Empire”, “Take Shelter”) as Kuklinski in another impressive portrayal of the unsound mind – in this case, the mind of notorious killer “The Ice Man” (nick-named both for his off-putting demeanor and his process of freezing bodies to conceal accurate time of death estimations).

We first meet Kuklinski in the 1960’s as he’s on a first date with the innocent and beautiful Deborah (Winona Ryder). Kuklinski is mostly silent, speaking only when necessary, and Deborah gets the feeling he doesn’t even want to be there. But his attraction to her is real; his quiet nature charms her. He shares that he works for Disney dubbing audio for cartoons – the first of a great many deceits. In reality, he works in the New York City mafia-controlled pornography industry.

Through this connection to the mob, he meets Roy DeMeo (Ray Liotta) – associate of the Gambino family and boss of a small crew specializing in murder. DeMeo sees immediately the lack of empathy and compassion in Kuklinski and invites him to work as a hit man for the crew. Over the following decade, Kuklinski will murder over 100 men both for DeMeo and notorious serial killer Mr. Freezy (Chris Evans), all the while developing his relationship and subsequent marriage to Deborah.

During this time, Kuklinski lives dual lives of crime and domesticity, and as the years wear on it becomes only a matter of time until these lives collide and his personas collapse. And it is this collapse that we wait for: the film wisely opens on an elderly Kuklinski, incarcerated and asked if he has any regrets. The question of how he gets caught and what it will mean for his family is the driving force that will hold your attention when it would otherwise have meandered during the somewhat flatly paced plot.

In an interview with American Cinematographer, director Ariel Vromen confirms, “Once you lock onto Michael Shannon’s face, all you need to do is make sure he’s in focus – a close-up of Michael holds mileage”. Possessing one of the most interesting faces to simply look at, Shannon does justice to a killer – he is powerful, menacing, creepy, and dead-eyed cold; the strongest link in this often unstable chain of a movie.

Similarly excellent performances are turned in from much of the cast. I was impressed with his 2012 role in “The Place Beyond the Pines”, but here Ray Liotta as the vicious and paranoid mob boss Roy DeMeo nearly steals the show. Liotta is back.

Of the number of cameos in the film (James Franco, David Schwimmer), I was most impressed with Chris Evans (“Captain America”, “The Avengers”) as Mr. Freezy – a serial killer for hire working out of his ice cream truck. Evans disappears into the exceedingly casual killer to creepy success.

Production design boasts similar victories. The 60’s, 70’s, 80’s, and 90’s are depicted on screen through the impressive shifts in hairstyles, cars, trends, and color palette. The entire film is covered in a veil of delicious grit – the kind that frequently casts its character’s faces half into darkness in seedy settings.

While the technical merits are there, it is the story department that falls flat. Subtlety seems to have been lost somewhere along the way, and scenes like a flashback to Kuklinski’s abusive childhood is too expected to be effective.

Actual interviews establish Kuklinski as a serial killer as much as a hit man, yet his professional killing is the only type explored save for one murder early in the film. Kuklinski is portrayed as a compassionate father and husband despite his unpredictable aggression in all other areas of his life. Having been known to beat up on his wife frequently, the film is factually inaccurate in this way. Sure, it’s an adaptation – but why soften the guy up other than to manipulate viewer’s emotions in unnecessary ways? I found there was enough drama in the violent and conflicting disconnects in Kuklinski’s psyche to drive the film without pumping considerable time into the love story.

“The Iceman” is sure to earn comparisons to “Goodfellas”, which never seems to help a film. Scorsese’s epic mastered the crime saga, and did it with a kinetic force that is rarely replicated. This style and life is lacking if not absent completely in “The Iceman”, making for something that fans of the genre will enjoy but likely forget. There is nothing iconic, and little humor. The film unravels too quickly at the end, and doesn’t hit the right notes in the epilogue when we finally hear the answer to whether Kuklinski regrets anything.

In the end, “The Iceman” is telling a different story than that iconic Scorsese film, but it could have benefited greatly from some of the vitality its influences.

Taylor is a Chicago-based writer and aspiring film historian. He is the editor here at TFP, and has contributed to a number of international publications such as Cinema Scandinavia, PopMatters, and Room 101 Magazine. He can also be found listening to podcasts, researching topics he has little use for, or running after a city bus.
You might also like
Crimeray liottawinona ryder

by Taylor Sinople on October 18, 2013
Hamburg, 1966: The notorious Gisela Werler becomes Germany’s first female bank robber. Gisela Werler labors over towering machines in a dingy wallpaper plant while secretly longing for the beauty of her boss’s long legged, red-lipped secretary. When Gisela (Nadeshda Brennicke) meets a thief by the name of Peter (Charly Hübner), she falls in love and […]
Comments
Leave a reply
Add Comment Register

END_OF_DOCUMENT_TOKEN_TO_BE_REPLACED
Taylor Sinople Picks: The 16 Best Films of 2016
Form and Function in Alex Ross Perry’s “Queen of Earth&...
Digging for Fire and Unexpected: Husband and Wife Process Parenthoo...
Every Thing Will Be Fine 3D Review