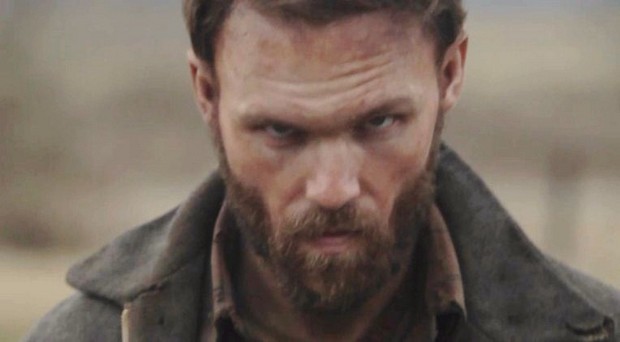 James Franco’s adaptation of “Child of God” is appropriately bleak and competently assembled, but no match for its literary progenitor.

Hollywood wunderkind and self-appointed Renaissance man James Franco joins the roster of those brave enough to adapt author Cormac McCarthy’s rich, distinctive prose. After delivering a lackluster adaptation of novelist William Faulkner’s renowned As I Lay Dying in 2013, Franco set out to wrestle the work of another beloved author into something less likely to sputter out and die upon arrival. With that, James Franco (alongside co-writer Vince Jolivette) delivers “Child of God,” based upon the 1973 novel of the same name.

Set in rural Tennessee during the 1960s, “Child of God” follows a deranged backwoods drifter as he engages in increasingly antisocial behavior. It is a Southern Gothic film to its very core; the grotesque and obscene are on a no-holds-barred parade here. Early in the film, Franco definitively sets the tone with a scene in which a man defecates, on-screen and seemingly un-simulated, in the woods. This is all followed by the deranged drifter, Lester Ballard, engaging in murder and necrophilia—amongst a host of other deviant behaviors. Franco frames all of this unflinchingly, refusing to look away even at the worst moments.

In the role of Lester Ballard, Scott Haze (“As I Lay Dying,” “Bukowski”) scurries, mumbles, twitches, and makes a general loon out of himself in a performance that walks the fine line between brilliance and over-acting. Haze reportedly slept in West Virginia caves and lost 45 lbs to evoke the persona of the backwoods psychopath—again walking a fine line; this time between commendable and crazy. Haze never loses track of where his performance is, no matter how crazy an act he may be committing on-screen. When Ballard happens across a female corpse and takes it back to his ramshackle shed with a dark purpose, Haze is keenly aware of how to portray his character. The greatest strength of Haze’s smartly all-out and delightfully feral performance is that no matter how disgusting Ballard might be, no matter what disgusting thing Ballard might do, the audience never loses a connection to him—even if that connection is incongruous fascination.

Franco’s own role in the film (aside from tending to the director’s chair and writer’s desk) feels nothing less than unnecessary. It could be a case of needless self-satisfaction, or it could be that Franco needed to step in last second as a replacement. Such things aren’t unheard of in low-budget, independent productions. Either way, Franco’s lethargic drawl is startlingly out of place against Haze’s mush-mouthed ramblings and Tim Blake Nelson’s (“O Brother, Where Art Thou?,” “Leaves of Grass”) back-of-the-throat Southern sound. It is Haze’s character that “Child of God” is centered on and Nelson’s sheriff and his deputy (Jim Parrack) largely play second fiddle up until the third act.

“Child of God” takes its time, almost meandering through the first hour—relishing in what should be a character study, but ends up indulging in what feels like an extended montage of tenuously connected scenes of cruelty, destruction, violence, and sexual debauchery. It is reminiscent of the work of director Harmony Korine (“Gummo,” “Trash Humpers”) with whom Franco collaborated in Korine’s most recent film “Spring Breakers.” However, what Franco misses is the earnest authenticity of Korine’s work; something that leaves “Child of God” feeling hollow in it’s overall presentation. Sparing no one from the vileness and savagery of Haze’s emaciated, enigmatic boor, the film picks up pace shortly after the 1-hour mark—much too far into the film for the remaining story to unfold without feeling painfully rushed. And it does. Franco’s direction during the final act ends up all over the spectrum as the tone shifts and the story becomes more sinister. Regrettably, Franco is unable to prevent the more subversive content in this section from veering into silliness; something that McCarthy’s original work handily avoided.

The marks that “Child of God” miss as an adaptation are, unfortunately, significant. Lester Ballard’s descent into further madness and isolation in the film is hampered by the fact that Franco begins the tale with Ballard already approaching peak capacity for insanity and debauchery. Not enough time is spent signifying the importance of Ballard’s pariah status in the rural Tennessean community and the development and progression of his antisocial tendencies. Of course, leeway is to be made when adapting a novel into film format. Taking time into consideration, it is difficult to convey what takes place over 200+ pages in about 90 minutes. This does not excuse, however, Franco and Jolivette’s inability to properly adjust the pacing and progression for the format.

Without the aid of McCarthy’s prose, Franco’s “Child of God” feels more like pointless shock-schlock than social commentary. The first two-thirds of the film seemingly acknowledge this, as Franco places direct quotes from the novel on-screen and utilizes narration also found in the book. However, both of these are quickly forgotten by the end, leaving only Scott Haze’s faithfully disturbing performance to remind the audience that it is, in fact, a Cormac McCarthy story. The whole affair feels like a pale imitation of what makes the original Child of God so poignant—imagine John Waters adapting Hamlet, but forgetting to include any sub-text. Opting for the surface-level paraphilia and violence isn’t the correct route to faithfully recreating Child of God on film.

Additionally, “Child of God” feels considerably less developed against other McCarthy adaptations. While it is not necessarily fair to put “Child of God” up against films such as “No Country for Old Men,” “All the Pretty Horses,” “The Road,” or “The Sunset Limited,” they are all Cormac McCarthy adaptations and will inevitably draw comparison to one another in some capacity. Though, as its own film, “Child of God” is able to succeed on its own merit. The supporting cast does a commendable job with what  they are given to work with and the direction up until the sloppy final third of the film is consistent. The camerawork ranges from “competently good” to “infuriating”. Sections of the film are shot hand-held and free of anything remotely resembling a tripod, dolly, or Steadi-Cam. Intercut with scenes that are, in fact, shot with the aforementioned equipment, the hand-held “fly on the wall”-style footage sticks out like a sore thumb—shaky, unsteady, and maddening to watch without any real indication of purpose. Ultimately, though, it is a moot point as the digital cinematography fails to emulate Cormac McCarthy’s renowned imagery-evoking prose (something that the Coen Bros. pulled off without a hitch in “No Country for Old Men”). The editing is capably handled, although some transitions between scenes and acts feel clumsy and poorly placed. The score is arranged by first-time composer Aaron Embry, a songwriter and former touring pianist with artists such as Elliott Smith and Edward Sharpe. Embry garnishes the film with an array of appropriately old-timey bluegrass songs, as well as a few darker, more ambient tracks. In short, Franco’s film works by itself as a passable crime thriller; perhaps no more notable than the horde of crime thrillers that go straight-to-DVD every year. Without prior knowledge of McCarthy’s novel, viewers may simply find “Child of God” to be a grotesque, Southern-fried shock-a-thon—and justly so.

In the end, “Child of God” is a film that may or may not be able to peacefully co-exist with its literary counterpart—depending on how viewers feel about changes in adaptations. While both the film and the novel contain the same basic plot elements, both end up telling different stories in their own ways. McCarthy’s novel focuses on moral degradation, fate, and sexual deviancy (among other themes) on a grander, more rich scale, whereas Franco’s adaptation, with its diminished budget and scope, is about one very sick enigma of a man losing what little humanity he has left until he is entirely far gone from society. Whether or not these differences affect the legacy of Franco’s version remains to be seen, however it is a safe assumption that it may never leave the shadow of McCarthy’s original work.

Jakob is a full-time student, full-time aspiring filmmaker, and part-time contributing member of society currently residing in the barren wasteland known as "Central Pennsylvania." On most days, you can find him hunched over a laptop—surrounded by a horde of cats—attempting to have a voice in the cinematic world.
You might also like
james francoJim Parrack

END_OF_DOCUMENT_TOKEN_TO_BE_REPLACED
Taylor Sinople Picks: The 16 Best Films of 2016
Form and Function in Alex Ross Perry’s “Queen of Earth&...
Digging for Fire and Unexpected: Husband and Wife Process Parenthoo...
Every Thing Will Be Fine 3D Review