Reviews
2
previous article
“Annie Hall” (1977) and the Inescapability of Being “a real Jew”
next article
Review: Dumb and Dumber To 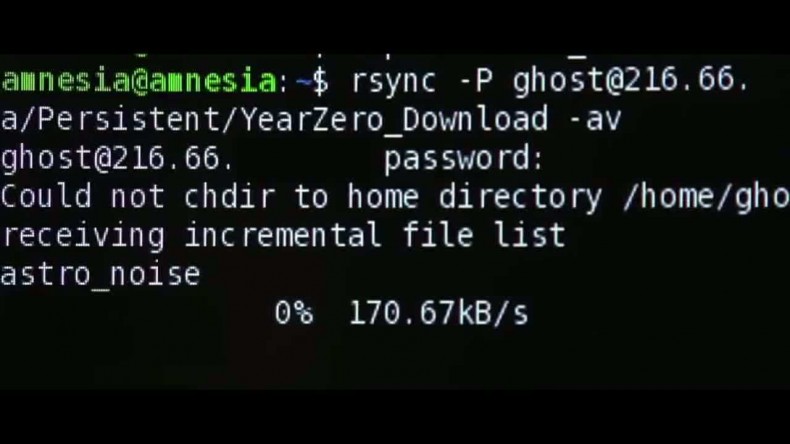 An elegant inside-look at one of the most important events of the 21st century, "Citizenfour" is unmissable.

Surveillance in the modern world has grown to be something of a given. When news broke out in 2013 of Edward Snowden and his leaks of classified documents revealing surveillance on a mass-scale carried out by the National Security Agency on not only American but also a great deal of foreign citizens, many were outraged, while others were far from surprised. Snowden’s leak was gargantuan, and Laura Poitras’ film impeccably builds what is surely one of the most important visual documents of the new century. In the digital age, information has become a powerful weapon, and privacy has grown scarce – a concept which Poitras understands as well as the best science-fiction or surveillance-based films do. Thus, “Citizenfour” appropriately arms itself with information to bring to the masses: it is directed concisely, clearly, and is relentlessly engaging from start to finish.

Whereas many a documentarian might have presented the same material without giving it much thought other than to turn on a camera, Poitras’ artistic voice shines through gracefully without ever overemphasizing itself. Beautiful wide exteriors completely indifferent to man’s follies follow devastatingly informational aural reveals. Her use of long-takes and occasional jump-cuts maintain the integrity of the information presented: here is the whole truth. In moments of possible exclusions, she aims to make it clear that something may have been excluded. Also impressive is Poitras ability to have recognized the massive importance of certain events as they unfolded in front of her, and having had the foresight to ensure extensive coverage of everything imaginable.

Unlike so many documentaries about major historical events, “Citizenfour” has the incredible advantage of so much first-hand information. And with such unprecedented access, Poitras paints a portrait of Snowden which does not bother with digging deeper into trivializing family-upbringing filler but instead meditates upon images of Snowden meditating upon what consequences he may be preparing to face. The film is relentless in its delivery of truth, but allows itself plenty of reflective breathing space when necessary. The most memorable manifestitations of such moments were of Snowden lying on his bed in a medium close-up and staring out of an over-exposed window in a medium long shot. Moments like these linger just long enough without overstaying their welcome. As Snowden gazes out the window, one gets the impression that he may watching crowds oblivious to his gaze, or may simply be surveying the streets for those arriving for his imminent capture. The film’s merit lies in the fact that it does not try to tell us what Snowden is thinking and instead just shows us the action itself.

Certain moments are cinematic in completely unpredictable ways. When the fire alarm goes off inexplicably during an interview with Snowden before any information has been brought to the public, panic and paranoia strike the hearts of the principal players and audience members alike. As everyone waits in silence, the alarm goes off again and Snowden calls the front desk only to discover it is a routine drill. Someone later in the film notes aloud that the whole situation sounds like the premise of a John le Carré novel. This idea was particularly ironic since the evening’s screening had in fact been preceeded by a trailer for “A Most Wanted Man,” which loudly advertised its source material as being a novel by noneother than John le Carré. Yet the most absurd element of all is that the film’s events are true. So much of it seems like excessive lengths to which only spy novels might go, but the spies are still out there spying.

While it is true that most of all the information presented in “Citizenfour” was already available to the public as of more than a year ago, it is another thing entirely to collect that information and present it clearly, highlighting its significance and delivering it to the masses without being condescending. It’s also one thing to read the original reports and another thing entirely to experience the fervor of The Guardian’s Glenn Greenwald and director Laura Poitras meeting Snowden for the first time. There is an electricity in the air of those scenes: the hope that the history unfolding in front of them will impact the future for the better. Regardless of your personal feelings about Snowden and his actions or the NSA and their actions, “Citizenfour” demands to be seen by anyone who uses technology in the modern world.

Maximilien Luc Proctor graduated with a Bachelor’s degree in Film and Media Studies at the University of Oklahoma. In his spare time he plays guitar and sings in a band, as well as watching and making films however and whenever possible – as a one-man-production-team making avant-garde shorts or as a director of a small-scale independent feature productions. He likes what he sees in cinema and wants to celebrate the good stuff whenever possible.
You might also like
documentary

by Adil Sylqa on June 15, 2014
Past genocide in the Far East stormed into the limelight last year with Joshua Oppenheimer’s groundbreaking documentary feature “The Act of Killing,” but there was another great documentary to come out of Southeastern Asia in 2013. Just across Indochina, in Cambodia, Rithy Panh’s “The Missing Picture” won the Un Certain Regard prize at the Cannes Film Festival and was short-listed for […]

by Taylor Sinople on July 1, 2013
The sheer size of killer whale Tilikum (nearly 22-and-a-half feet long and weighing six tons) isn’t what makes him unique. The orca currently kept in captivity as a daily performer at SeaWorld Orlando, Florida has become notorious for another reason – bloodshed. While there have been no reported incidents of a killer whale attacking a […]

by Taylor Sinople on May 31, 2013
As stories are passed along, they become more and more filtered as they are warped and altered by those that share in its retelling. Subsequently, personal narratives are somewhat untrustworthy. People choose to remember the good times, or the bad. In Sarah Polley’s hyper-personal documentary, “Stories We Tell”, the inherent truthlessness of personal stories is […]
comments
Leave a reply
Add Comment Register

END_OF_DOCUMENT_TOKEN_TO_BE_REPLACED
Taylor Sinople Picks: The 16 Best Films of 2016
Form and Function in Alex Ross Perry’s “Queen of Earth&...
Digging for Fire and Unexpected: Husband and Wife Process Parenthoo...
Every Thing Will Be Fine 3D Review